Home Health 4 Rules for Fit Women Who Like to Drink 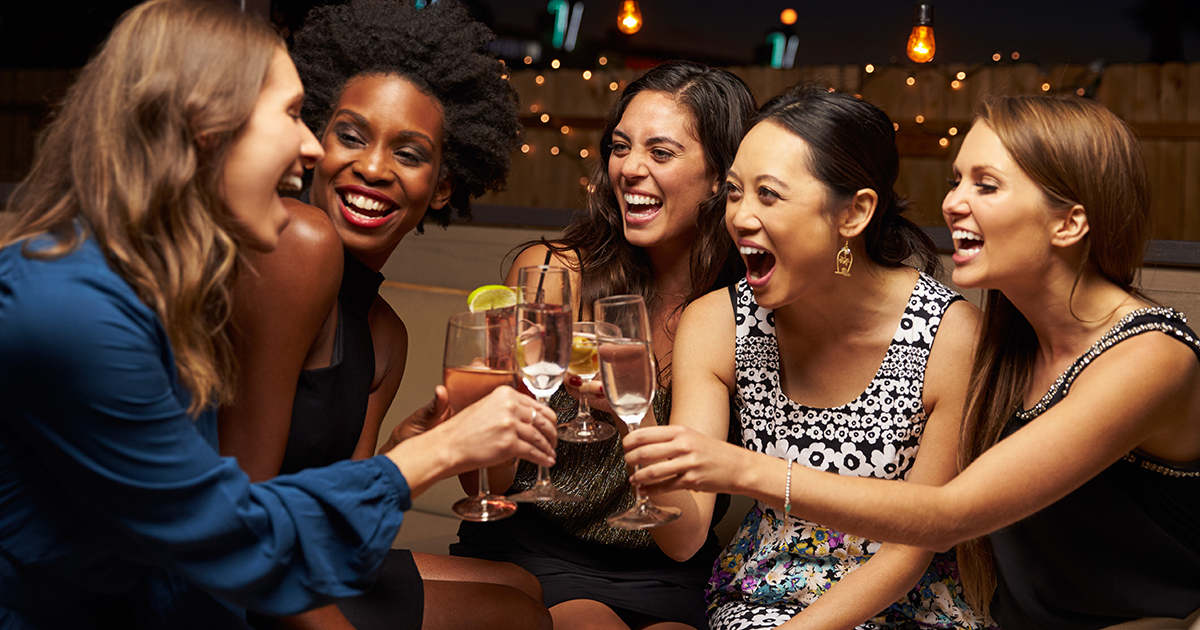 In the last two years, scientific studies have linked heavy drinking to arterial stiffness and heart disease; have suggested that a daily glass of white wine may raise melanoma risk by 13 percent; have found that just the smell of alcohol can impact self-control; and have even reported that previous findings showing the potential benefits of occasional drinking, like longevity, were flawed in their design.

But the most significant buzz around booze came from a study published in October 2016 in the journal BMJ Open, which found women are catching up to men’s drinking habits at an unprecedented rate, drinking nearly as much as the guys do, and experiencing similar levels of alcohol-related problems.

That’s a lot to think about when the cocktails come out at your friend’s backyard get-together. But, while the health consequences of alcohol should always be considered and discussed with your health professional, it doesn’t mean that you need to pass up every opportunity to raise a glass this summer, especially if you’re otherwise healthy.

1. Thou Shall Not Binge

Most experts on training and alcohol agree that, with low to moderate consumption, drinking and fitness can co-exist. “Obviously, drinking every day is bad for business,” says Jakob Vingren, PhD, CSCS, associate professor at the University of North Texas who studies alcohol’s impact on exercise. “But having a drink or two on occasion, I don’t think is a problem.”

The National Institute of Alcohol Abuse and Alcoholism (NIAAA) defines moderate drinking as up to seven standard drinks a week for women, spaced out over time (having more than four drinks on a single occasion is considered binge drinking in women).

2. Always Stick to a Booze Budget

Stefanie Senior, a registered dietitian with private nutritional counseling practice Athletic Edge Sports Medicine in Toronto, Canada, suggests her active female clients shoot for no more than 3-5 drinks a week, and no more than two per day, especially if they want to perform well in the gym. “What I usually recommend is that you limit drinking and create an alcohol budget for the week,” she says. “And each day that you are drinking, stay conscious of how much you’re having.”

3. No Shots Before Squats

Like most rules, this one has a grey area. Having a glass of wine at night and then going to spin class the next morning isn’t a huge deal, but getting buzzed the day of or even the night before a major workout is a major no-no. “Alcohol impacts your energy levels, your ability to perform and concentrate, and your reaction times,” warns Senior.

Basically, use your best judgement. “If you know you’re going to go out drinking, especially drinking heavily, skip the workout,” says Vingren. However, if you wake up feeling refreshed and want to get in some exercise, opt for a brisk walk or 20 minutes of bodyweight exercises and skip the heavy lifting.

As a diuretic, alcohol can disrupt the water balance in your cells causing dehydration, meaning you can most likely expect a hangover from Hell. And we all know hangovers lead to poor quality sleep (which negatively impacts muscle growth and appetite regulating hormones) and increases the odds you’ll be making some poor food choices the next day (greasy breakfast, anyone?).

If you know you’re going to have more than one cocktail, follow each one with a glass of water. Not only will it slow down your boozing, but it will help replenish much-needed fluids. “Dehydration decreases the ability to regulate our body temperature and disrupts the fluid and electrolyte balance,” says Senior, “which can be dangerous, especially if you’re going to be exercising in a hot environment.”