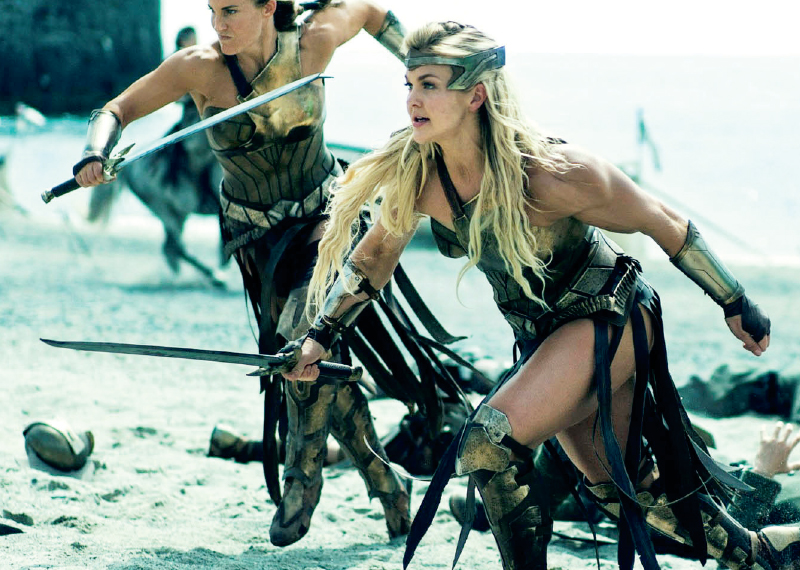 This CrossFit athlete is no stranger to the world’s stages. A former career as a professional dancer eventually led her to the intoxicating world of competitive CrossFit, a passion that catapulted her into the limelight. But a mysterious injury would veer her off the competition course, just as she was breaking ground on the big screen. If you haven’t seen Brooke Ence in action yet, read on to find out why she’s the Amazon warrior everyone is talking about.

Brooke’s mother did her best to keep Brooke as active as possible. And while that didn’t always mean she could attend dance, karate, softball, and even rodeo simultaneously, one thing was for sure: even as a kid, Brooke wanted to do it all. Finding a particular affinity for dance, Brooke ended up attending the University of Utah as a dance major, spending the off-season dancing in Los Angeles. After signing on to audition for a Las Vegas show in 2009, Brooke happened upon CrossFit as a way to enhance her athleticism, starting with exercises like climbing a rope and “Skinning the Cat,” a strength and flexibility move performed on the rings.

But what began as supplemental exercises became an obsession for Brooke. “I was a natural athlete and had a desire to be the best,” she says of discovering CrossFit. “It brought out my athleticism.” Soon, Brooke’s competitive spirit nudged her towards new challenges, and she toyed with the idea of competing. In 2013, after observing the CrossFit Games and reasoning with herself that being part of a team rather than having all eyes solely on her would be slightly less nerve-wracking, she decided to take on Regionals that same year, ultimately placing 6th with her team, and developing the know-how to compete on her own the following year.

Brooke was riding high after qualifying for the 2015 CrossFit Games after competing in just two Regional competitions. As a rookie with few expectations from spectators or competitors, she commanded their attention when she placed first in two events, ultimately finishing 14th overall, proving she wasn’t just a worthy competitor, but one to watch out for in the future.

Despite the hype around the promising new athlete, she struggled the following year in Regionals, placing just one spot shy to qualify for the Games. In an Instagram post from this time, Brooke reveals her disappointment in the narrow miss, thanking her supporters, letting the expletives fly for the haters, and expressing her eagerness to get back to training hard for the next time around.

Unfortunately, it was only the beginning of disappointment for Brooke. During the 2016 holiday season, Brooke awoke with pain in her right arm. At first, she thought nothing of it, but her symptoms only progressed to intense and constant nerve pain, and eventual loss of strength in her tricep and hand. She knew it was time to see a doctor, and she finally received a diagnosis: severe herniations in her neck at C6 and C7. “There was no telling what caused the injury, or how,” Brooke remembers. “I only knew it was seriously herniated, with possible permanent damage.”

Not only did that make her comeback in the 2017 Games impossible, but Brooke would be forced to modify her regular training schedule, focusing on keeping her strength while rehabbing the injury. For this CrossFitter with a recorded Clean and Jerk PR of 253 lbs, it was a mental shock when for the first six weeks after her diagnosis, she was advised to stick to low-intensity, lower-body exercises and max out her lifts at just 10 lbs. 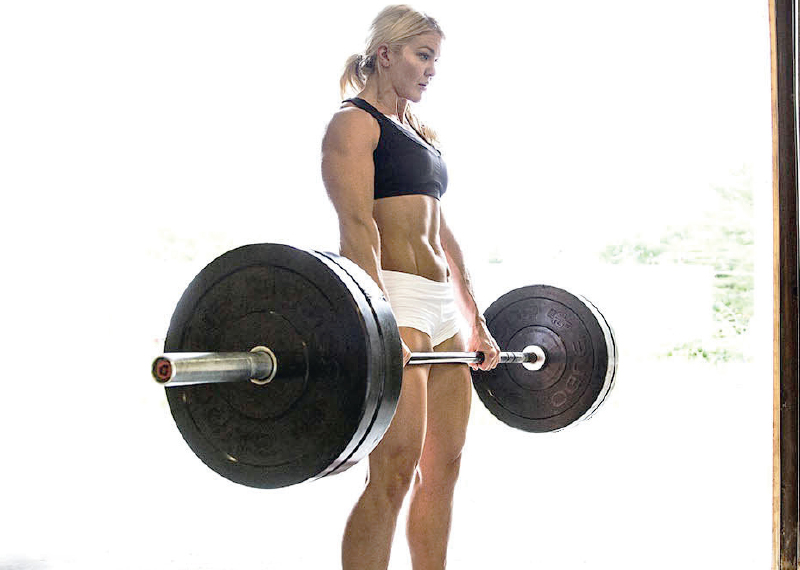 “I was a natural athlete with a desire to be the best.”

After receiving a call from Warner Brothers in 2015 asking if she’d be interested to showcase her strengths on the big screen, Brooke started training for a whole new challenge. In the June 2017 smash hit Wonder Woman, Brooke portrays Penthiselea, one of the extreme warriors of the matriarchal society known as the Amazons. Alongside other powerful, real-life female-athletes including wrestlers, personal trainers, and Olympians, this cast of characters has received recognition as the foundation for some of the most intense battle scenes the female-directed film offers. “It’s important for me to be a role model and be a part of more women-in-power movies,” she says of her work in the all-empowering flick. While most stunt work must be left to the professionals, the exceptionally-strong cast performed some of their own risky scenes, engaging in sword training and horseback riding daily.

With Wonder Woman wrapped up, you can catch a more candid look at Brooke’s life on her YouTube series, #ItMakesEnce. Brooke’s been focusing on recovering from her injury, as well as resting tendonitis brought on during filming, but she’s lined up coaching and appearances on a European tour. She’s also teamed up with Trifecta, an all-organic meal delivery service that’s recently enlisted Brooke’s help to launch their new app, a training and nutrition tracker that also allows users to train with Brooke and other athletes. Brooke is currently training to qualify for the 2018 CrossFit Games.