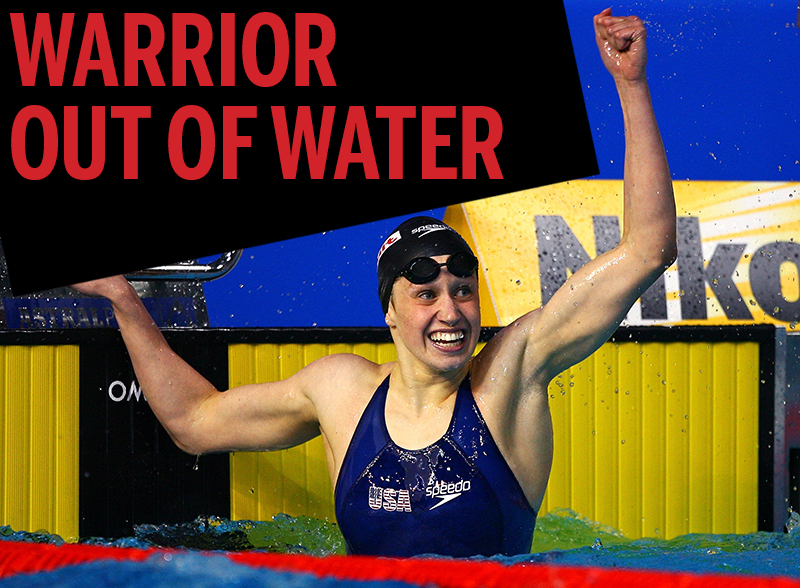 Some might say Katie Hoff was born to swim. In the water since the age of five, she made her first Olympic appearance in 2004 at just 15 years old. But after eight years of career highs and lows and intense training, she put her Olympic dreams aside and pursued other interests. Today, a little older, wiser and fitter than ever, Katie is ready to return to the pool.

MAKING WAVES: During the four years that followed her Olympic debut in Athens, Katie celebrated a number of career victories, including World Champion status in the 200m and 400m medley in 2005, and again in 2007. All eyes were on the Team USA teen in 2008, when she returned to the Olympics and earned two bronze medals. She continued to compete with her sights set on the 2012 Games, but over time, she began feeling like something had changed. Her body was telling her to take a break.

LIFE ON LAND: Shortly after falling ill before the trials, Katie called it quits—temporarily—and turned her focus from the Olympic podium to her studies, health and happiness. “During my year off I had to reinvent myself,” she says, crediting her fittest body ever to her weekly routine of two days of weight lifting and two days of plyometrics, in addition to daily pool sessions. “I started getting really into weight lifting and learning about nutrition.”

NUTRITION 101: As it turned out, she had a lot to learn. “I used to think eating just bread and pasta was good for my body, but now I focus on brown rice or sweet potatoes,” she says. “Proper nutrition sustains me during workouts and helps my recovery.” After a morning workout in the pool, she refuels with oats mixed with protein powder and berries.

WHAT’S NEXT: When asked if she’ll be making a comeback, Katie says she’s taking it one day at a time, but if she gets the urge to compete on a larger scale again, she’ll likely go after it. “I’m extremely competitive. My drive comes from wanting to give 100 percent every time I do something, which is why I stepped back from the sport in the first place. I knew I wasn’t giving it everything.”