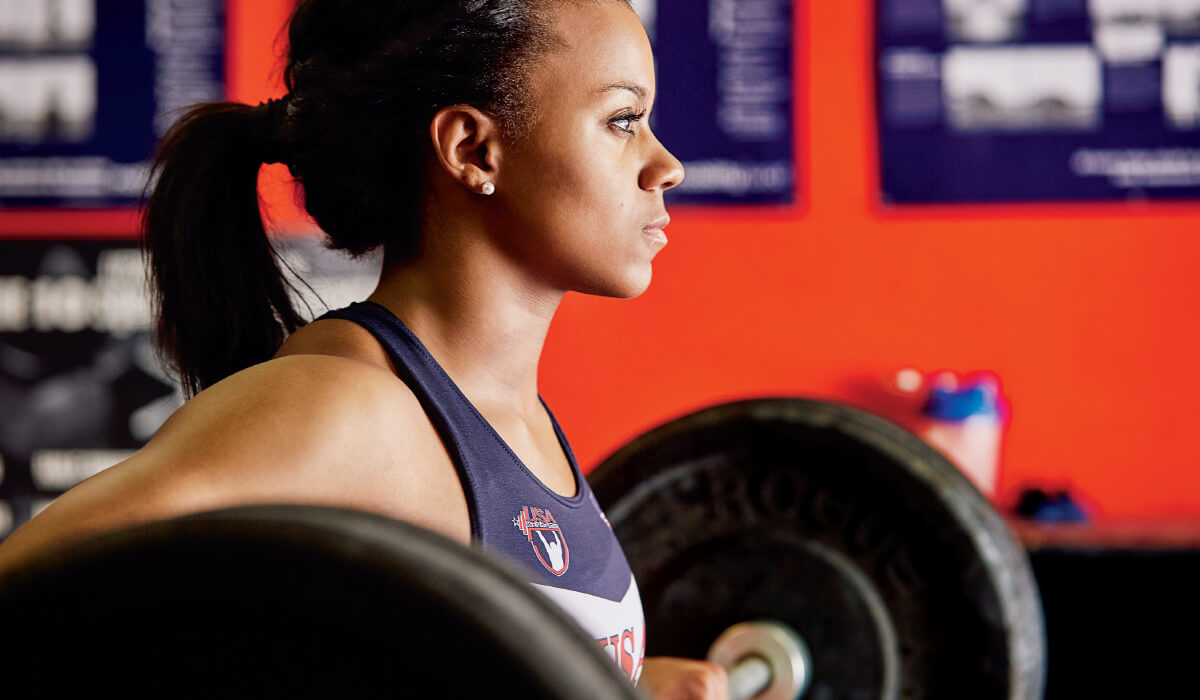 In 2015, competitive weightlifter Jenny Arthur competed in her fourth senior-level World Championships, earning one of the highest American rankings: a total of 244-kg in the 75 kg category, ultimately finishing in seventh place. But she wasn’t finished breaking records there. At the 2016 Olympic Games in Rio, Jenny surpassed the previous American record-holder for heaviest Snatch lift and maxed out at 107 kg. Now, with thousands of fans around the world, Jenny’s victories are promoting her sport as she works to qualify for the 2020 Olympic stage.

Road to the Olympics

Jenny discovered weight lifting as a high school athlete looking to get stronger, joining the football team in the gym for training sessions before school. “I fell in love with weight lifting the first time I touched a barbell,” she says.

Shifting her focus to competitive weightlifting in 2011, Jenny qualified for the Olympic Trials the following year. Wasting no time, she moved to Colorado Springs to work out at the Olympic Training Center, where she trained until she was ready to compete in the 2016 Rio Olympics. “I stayed very disciplined and did everything in my power to be ready for the next training session,” says Jenny.

Placing sixth overall in Rio, Jenny crushed two Clean and Jerk attempts, but fell short in a 141 kg attempt that would have awarded her another record. Nonetheless, for Jenny, Rio was a dream come true: “There were times [in my career] that I didn’t think it would be possible, so everything about the experience was incredible,” she says. Jenny is currently training full time for the 2020 Tokyo Games.

Jenny heads up an online coaching program for lifters around the world, and her clients have goals ranging from improving their technique to medalling at national events. “It’s my pleasure to share what I’ve learned over the years and give back to the sport that’s given me so much,” she says.

Offline, Jenny runs her training facility in Colorado Springs where she coaches other lifters, a business she’s hoping to continue building. “Weight lifting is an awesome sport and more people are realizing this as time goes on. I want to inspire them—not just in weight lifting, but in life,” she says.

For now, Jenny trains up to twice per day five days a week for the 2019 Pan Am Games. “Every session I try and improve to set myself up better in the long run.”
As for fueling her frequent training sessions, Jenny doesn’t follow a strict diet—she’s more of a meat-and-potatoes girl. The 5’5” athlete eats when she’s hungry and stays conscious of the foods that make her feel good. “I love all meats and carbs,” she says. “I know how important vegetables are but I’m not the biggest fan—I don’t go crazy on kale.”