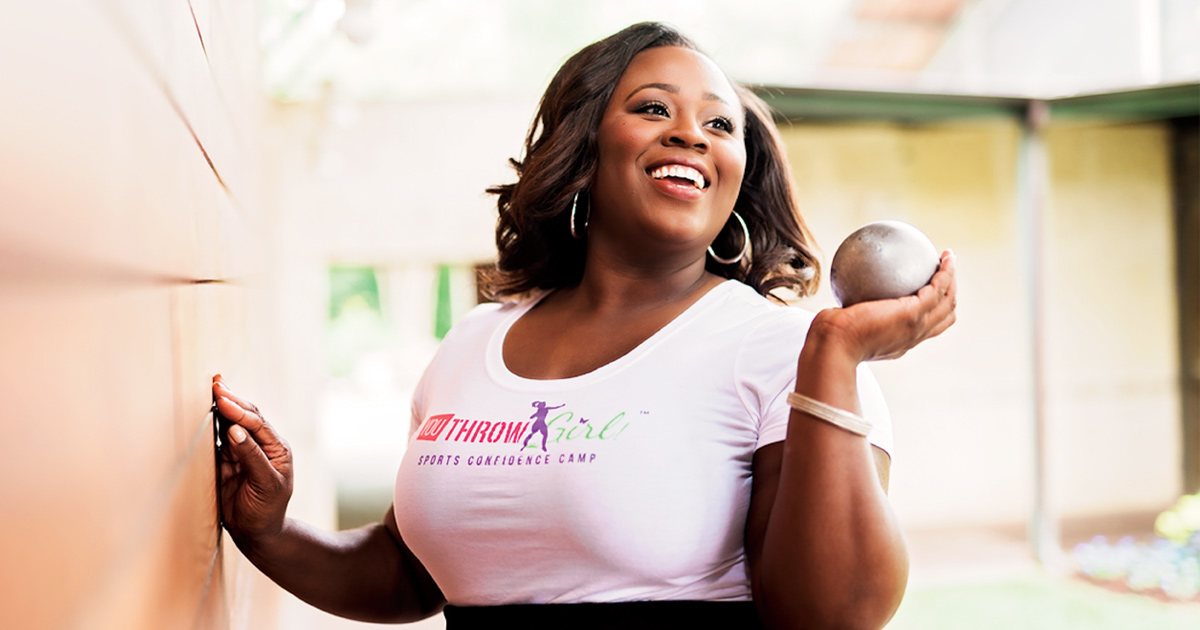 Olympic gold medalist Michelle Carter says the encouraging words her mom planted in her ear when she was just six years old set the tone for her life.

“I was diagnosed with ADHD and Dyslexia as a child,” says the three-time Olympian, who’s competed in women’s shot put at the 2008, 2012, and 2016 Games, earning a gold medal in Rio. “My mom was told I couldn’t make it through school without medication, my disability was too extreme. I remember her telling me, ‘This is going to be hard, but you can do it. You’re going to learn differently, you are different—that’s okay. Whatever you want to do, as long as you believe it, you can get it done.’”

Born in California and raised in Texas, Michelle was determined to become the best shot putter in the world after being introduced to the sport by a coach at school. Dominating local competitions, winning seemed to be in Michelle’s DNA—her father, former NFL star Michael Carter, had taken home a silver medal in the men’s event at the 1984 Olympics.

“If I listened to others about what’s possible, I wouldn’t be the Olympic gold medalist I am today… I chose to look into myself, set my own standards, and it completely changed my life.”

Michelle says when she vocalized her goal to win at the Olympic Games, she was initially met with disbelief from other athletes. Even mocked by some coaches. “They busted out laughing and said, ‘That will never happen, Europe is too dominant [in the sport],’ and I remember thinking, how are you going to tell me what I can and can’t do? That’s not for you to decide, that’s up to me.”

Choosing to set the standard for herself and work relentlessly towards her goal with guidance from her father and coach, Michelle became the first American woman to win gold for Team USA in the women’s shot put. Michelle, now 36, says the experience was more than she could have imagined. “I didn’t think I would be the first American woman to ever do it, I just wanted to go out and be my best. It’s still surreal that I’ve been able to accomplish this great goal I had for so many years.” 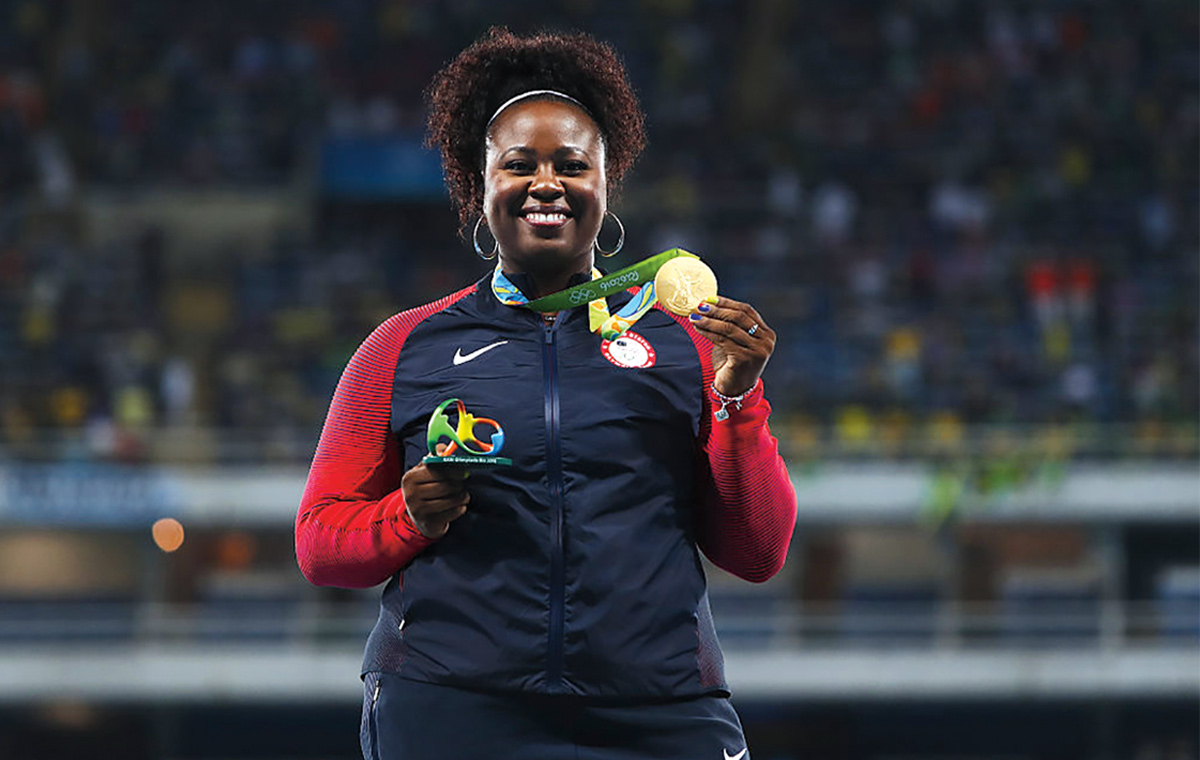 But beyond the shot put field, Michelle had been struggling with extreme bouts of fatigue for nearly a decade. “It could come across as being lazy, but I’m really not. I was feeling horribly, but you couldn’t see it.” Then, in 2010, Michelle was diagnosed with a thyroid condition, which she says, explained a lot. “It was a relief when I knew what was wrong with me.” She was left without an effective plan of action though, so Michelle often tried to just push through. Until one day, she couldn’t. “I came to a halting stop, trying to do all these things at practice. Physically, mentally, emotionally, I had a break down in the middle of practice. I just laid down and cried. My dad looked at me, wondering what was going on. I was just crying and crying.”

That pivotal point forced Michelle to become her own biggest advocate and dive deeper into understanding her autoimmune disease. In 2013, she finally found a doctor who really listened to her and helped properly navigate her symptoms with appropriate medication. “It’s not always easy, balancing what I need to do for my health with my sport, but I make it work.”

By becoming her own biggest advocate, Michelle made history. Now, through her sports confidence camp, You Throw Girl, she’s helping young female athletes shape their lives. Michelle invites her Olympian friends to share their experiences while putting an emphasis on the importance of showcasing different body types and strengths. Therapists are also on hand to support attendees through the process, which can be emotionally intense. “We live in a society where social media kind of sets the tone on what you should look like, what you should do, but I remind girls it doesn’t have to be that way,” she says. 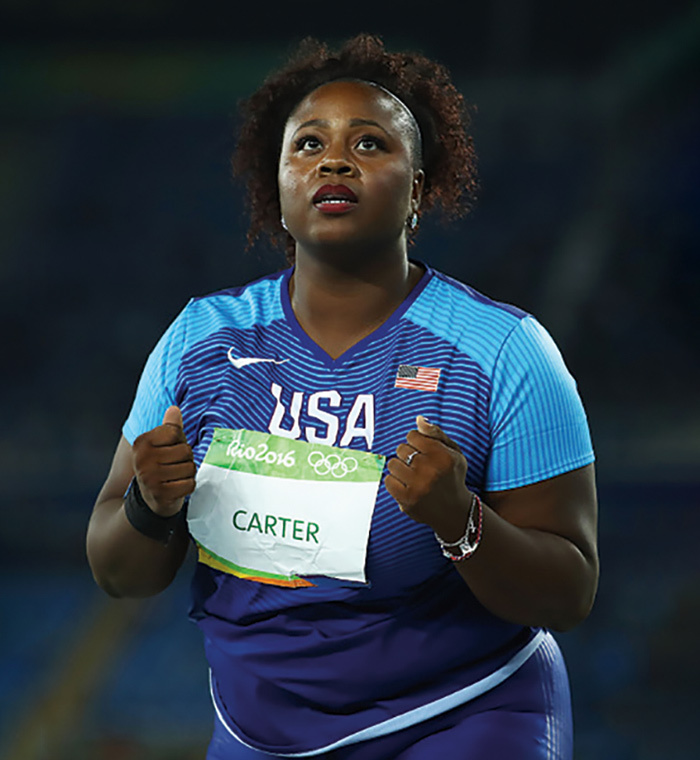 With her sights set on competing at the 2022 World Championships, Michelle plans on once again putting her mother’s encouraging words into motion and showing everyone that anything is possible if you believe it.