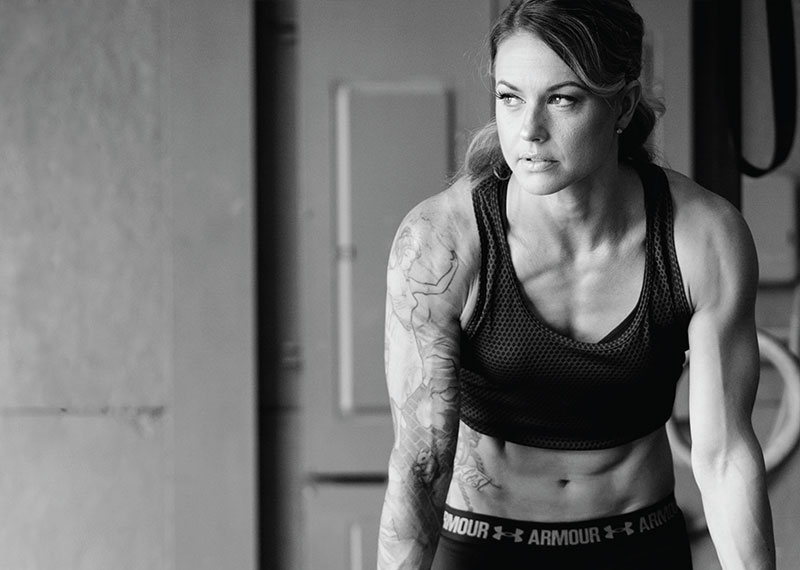 It’s not every day that you get to hang out with a CrossFit celebrity on her home turf.

Which is why we were a bit star struck when we had the opportunity to spend the day with Christmas Abbott at her personal gym, CrossFit Invoke, in Raleigh, North Carolina. Between hair and makeup, wardrobe changes, and watching her do what she does best – workout – we chatted with our July/August cover athlete about how she got to where she is today. The Virginia native didn’t hesitate to open up about her struggle with drugs and alcohol in the past and how discovering CrossFit helped her do a lifestyle one-eighty (for the full convo, pick up the latest issue).

But it wasn’t all serious and sombre. We asked the 5’3″ powerhouse about training, dieting, tattoos (naturally) and everything in between. By the end of the day, we had gained a little more insight into what makes her such a total badass. These were the take-home points:

Aside from her muscular physique and sweet southern smile, Christmas’s tattoos make her instantly recognizable. Intricate and colorful, she’s been collecting them since she was 15 years old and now has a total of about 13 (she says she’s lost count). “I wanted to have beautiful ink…a lot of it,” she says. “Although I was young, I knew that what I was going to get would be a staple for the rest of my life so I took it seriously. All of my tattoos are unique to me, and were long thought out before I pulled the trigger.”

2 / When something scares you, do it anyway.

She may have one of the fiercest attitudes out there now, but Christmas admits she’s struggled with moments of self doubt in the past. In fact, she says she was reluctant to enter her first CrossFit competition because she was convinced she wasn’t an athlete. Of course, she wound up excelling in the competitive arena, and would later go on to compete in two CrossFit Games. “The best things in my life have initially terrified me,” she says. “But they were also the most rewarding.”

A self-proclaimed diet guinea-pig and total foodie, Christmas has said she’s tried just about every diet in existence, from Paleo to The Zone. After years of experimenting with nutrition, she developed a program which she released as her first book, The Badass Body Diet (a national bestseller). So what’s her number one diet rule? “Breakfast is a must! My whole day will be overshadowed if I am not able to get my breakfast,” she says. “It really is the most important meal of the day. It jump starts your metabolism (if properly balanced) and gives you so many benefits for the day ahead.”

4 / When life gets crazy, develop a structure.

Without question, Christmas’s schedule is insanely hectic; when she’s not travelling the world for public appearances and speaking engagements, she’s competing in Olympic weightlifting, posing for the camera at a photoshoot, or working on her second book, all while running her gym, CrossFit Invoke, in Raleigh, North Carolina. “I always get asked how I handle my shit. I get asked how I stay motivated. I get asked about how I can stay organized with such a busy schedule,” she says. “Yes it’s really challenging, but it’s important to have a specific structure that you thrive in. I can be chaotic but I’ve learned how to thrive in my chaos through structure, and ultimately it enhances my entire life.”

While she used to experiment with various diets in an effort to get — and stay — incredibly lean, Christmas soon realized that while proper nutrition was necessary for her fitness, following a strict diet 24/7 was seriously interfering with her foodie agenda. Now more the wiser, her goal is to educate others about healthy eating as a lifestyle and not a short-term solution. “I’m an advocate for trying an approach for a certain duration and seeing how you feel. Log your workouts. Record how your skin looks. Commit to three weeks minimum and you will know what changes you need to make. If you’re not eating real food for days at a time, it’s probably not going to be able to be sustainable. Those types of diets are a short-term solution at best, crash and burn at worst.”

Sidenote: If you’re ever in Raleigh, grab a colossal milkshake at one of Christmas’s favorite food joints, Chuck’s (after a sweaty workout, obviously).

In her second book, currently in the works, Christmas says she’s focusing less on diet and training, and more on exercises for becoming your best self, in mind, body and spirit. She notes that women can be so hard on themselves with negative self talk and emotional abuse, but she hopes to help them create the habits that silence those inner voices and get where they want to be. “I have this mantra: ‘You’re the baddest bitch here,’” she says. “As soon as you start to hear that negative voice in the back of your head, you have to fight back and say, ‘I’m going to rock this workout, this book,’ whatever it may be. Tell yourself that, scream it, embrace it.”

Sure, she can squat twice her bodyweight, but our cover athlete says that her real strength is in knowing who she is and living fully as that person each day. “I am unapologetically me. I embrace myself,” she says. “Being exactly who you are and who you want to be and have that be the same person, that’s a beautiful thing. That’s strong.” 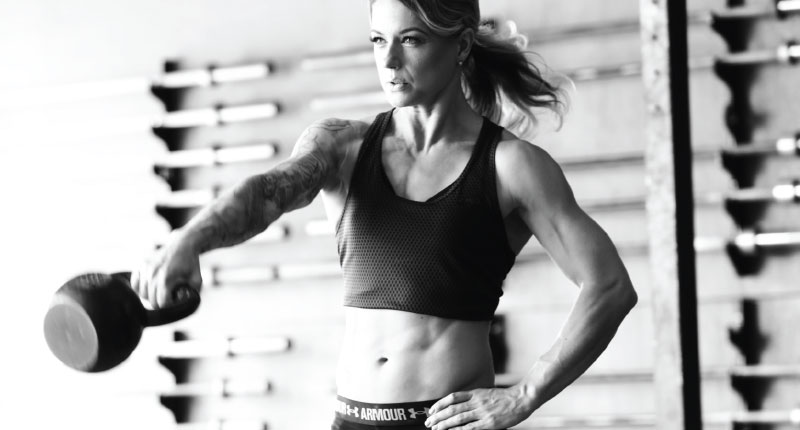 Favorite WOD: All of them! But really any of the classics: Helen or Diane.

Favorite piece of gym equipment: My Eleiko Barbell. It’s like the Rolls Royce of competition barbells.

Role model/girl crush: Every woman that embraces her imperfections and still loves her body and herself. I have a few role models that I look up to but ultimately, it’s the everyday woman that inspires the shit out of me.

Music to work out to: I love hip hop or hybrid music, any fun remixes.

Favorite rest day activity: Pool time! Getting a good dose of vitamin D and some aqua therapy is always a favorite. 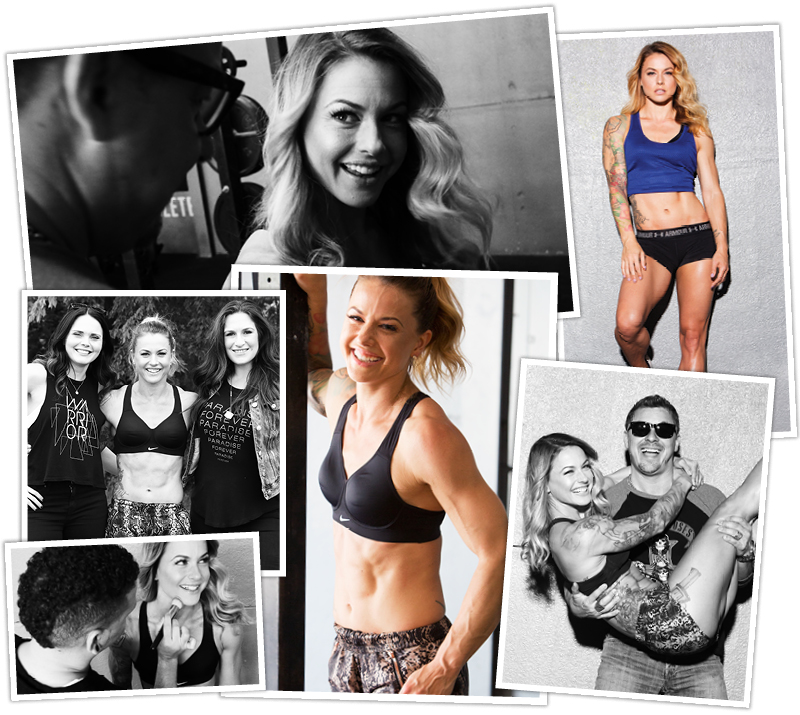 How Emily Loogman Stays on Top of Her Game

This Olympics-bound Heptathlete Smashed Her Anxiety

Kelsey Heenan’s Five Rules for Having No Food Rules

This Mom of Four Quit Crash Dieting and Found Herself

8 Expert Strategies for Hitting Your Goals

At 73 Years Old, Joan MacDonald is Stronger Than Ever

​The next challenge begins in:

​Get Stronger in Mind & Body!

​​CHALLENGE DETAILS / JOIN
Send this to a friend