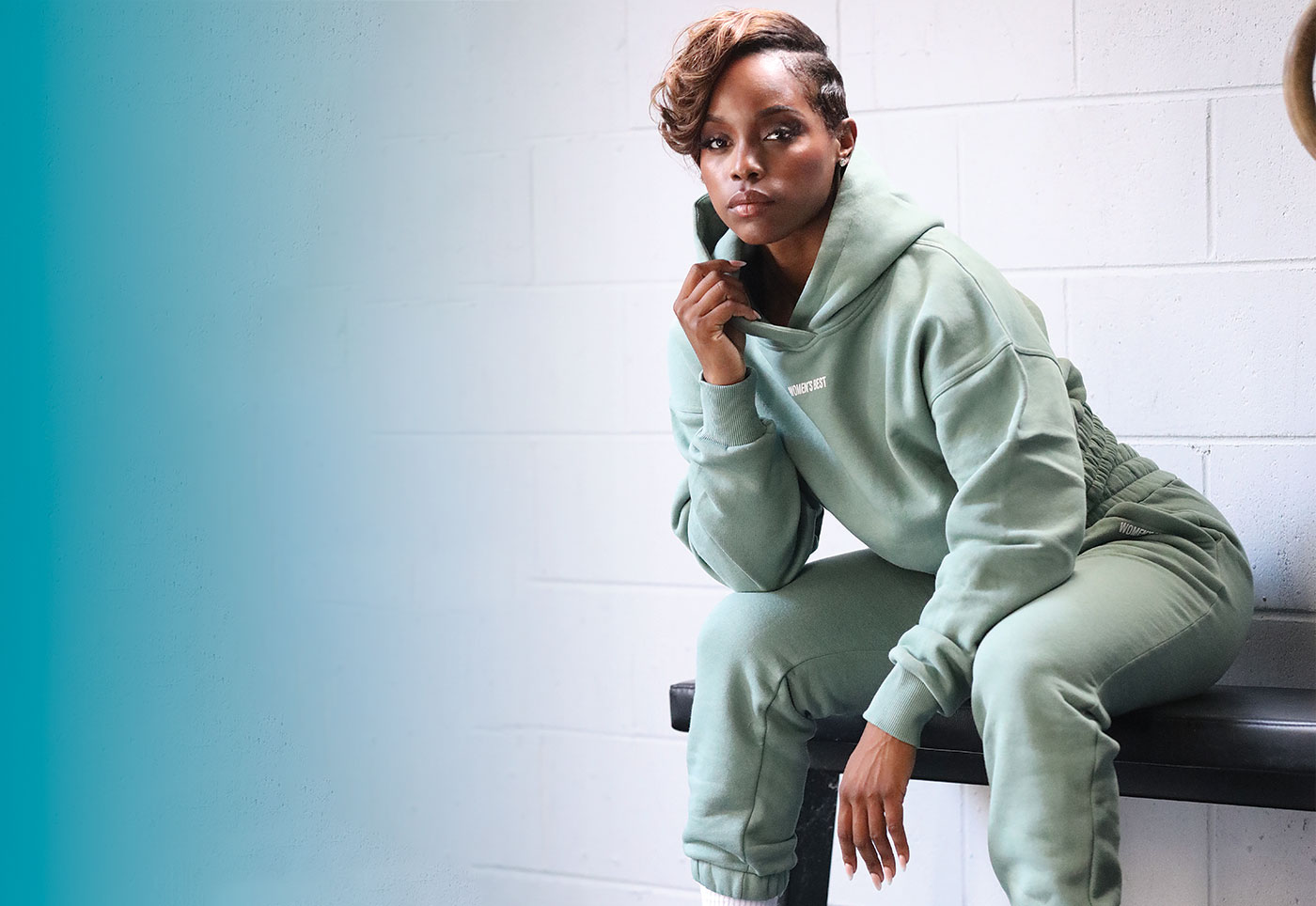 One look at Destiny Nicole Monroe, the owner of Raw Fitness, in the gym and it’s clear she’s a force to be reckoned with. Her Instagram account, @dnicolemonroe, is brimming with hardcore workouts. But, Destiny’s relentless pursuit of strength and excellence doesn’t stop there. It’s evidently ingrained in everything she does—academics, business, and beyond. No surprise, really, when you consider this certified personal trainer, gym owner, and social media motivator spent years in the Army reserves. She is also a survivor of domestic abuse and a champion for diversity in the fitness industry. So while it may be tempting to size Destiny up based on her phenomenal physique, our cover model, who sports a devastating combination of brawn, brains, and bravery, proves her impressive achievements in the gym are a reflection of her approach not just to training, but life.

The 34-year-old Women’s Best sponsored athlete and founder/creator of RawFitnessApp.com credits her commitment to a fit and healthy lifestyle to years of consistent training and discipline.

In high school, Destiny competed as a sprinter in track and field while making straight A's. In college, she double majored in computer engineering technology and electrical engineering while continuing with track and field. At age 19, she joined the U.S. Army reserves, where she learned the discipline of (and fell in love with) Physical Training (PT) and calisthenics. Fast forward to present day, Destiny works as a Certified Niagara AX programmer by day and a gym owner/trainer by night (and weekends) at her gym, JD Iron in Dallas. With such a packed schedule (she’s also a dog mom and dedicated fiancé), Destiny still makes time for one-and-a-half-hour workouts five days a week.

How does the fit and fierce beauty do it all? “My days go by fast. I just prioritize a lot of things,” Destiny said, especially when it comes to her health and fitness. “I never let that waiver.” 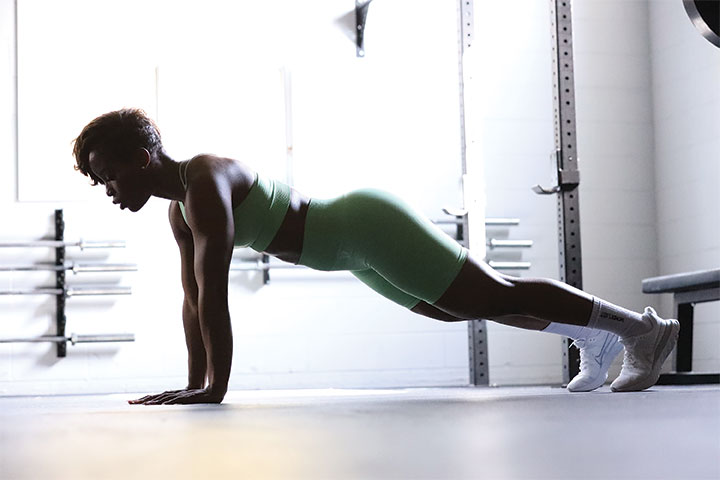 Destiny’s driving passion these days is helping other women put their health and fitness first. Be forewarned, however; she doesn’t want to hear any excuses.

“My brand is Raw Fitness: no excuses, only results,” Destiny said. We all have stuff going on. We still have to find the time and discipline to put our health first.”

Discipline is a character trait Destiny has honed over the years, thanks in large part to her six-year stint in the Army reserves. “If you join the military, your mindset is different from civilians in general. They break you down mentally and build you back up,” she said. “You have a certain discipline that sticks with you for the rest of your life.”

Discipline doesn’t come naturally for everyone though, something Destiny has witnessed often. She feels many individuals turn to outside motivation to help them achieve their weight-loss or fitness goals instead of themselves. “It’s kind of a codependency thing,” Destiny explained. “They lean on others or things to find motivation instead of finding
that discipline within themselves.”

How to get discipline? Depends on the individual, she says. For Destiny, it’s all about forming habits and rituals. It’s what she does in the mornings with affirmations and meditation. It’s setting a schedule for herself and pushing through even when she doesn’t “feel” like it.

“We all have stuff going on. We still have to find the time and discipline to put our health first.”

Destiny admits her style as a personal trainer is like a drill sergeant–not screaming in someone’s face but working hard to bring out the best in her clients. When asked what else sets her apart from trainers in the industry, she said she feels too many trainers coddle their clients, telling them what they want to hear. “I’m not that trainer,” she said. “I attract people who fit my personality. I’m not for everyone, and everyone is not for me.”

Clearly defining boundaries is something Destiny’s learned to do to survive, and compared to other things she’s overcome, lifting weights doesn’t seem so heavy. Six months after she “followed a boy” to Dallas during her senior year of college in 2011, she found herself in an abusive relationship (according to the National Coalition of Domestic Violence, 40.1 percent of women living in Texas are the victims of intimate-partner physical violence, stalking, and/or rape). Destiny tried to leave, but he would find her and coax her into coming back. A vicious cycle that spanned too many years, leaving Destiny feeling depressed and suicidal. She even attempted suicide by taking pills more than once.

During that time, she lost everything: her job, relationships, home, and self-worth. She felt isolated and alone, unable to get help from anyone. But, she said, “I got out alive.”

While researching ways to overcome depression, Destiny discovered positive affirmations. She started writing some on sticky notes, which she stuck to her bathroom mirror so they were the first things she’d see in the morning. She leaned on her faith and inner resolve to keep climbing. She learned to strengthen her mind, and eventually clawed her way back
to health and happiness. 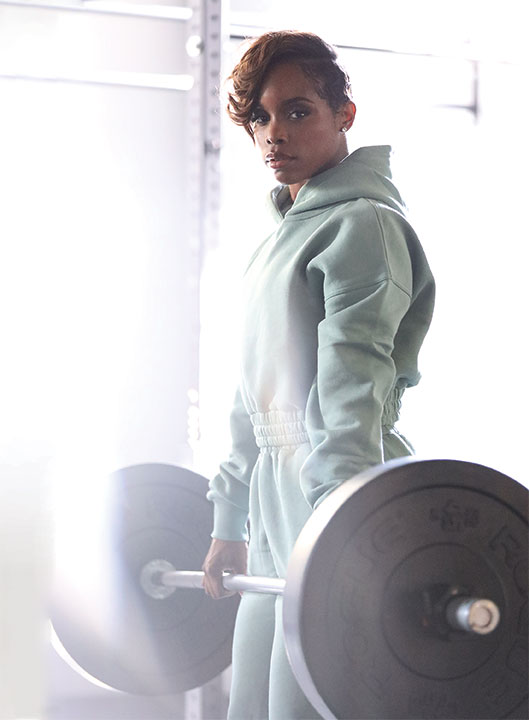 To help empower other victims of abuse, Destiny hosts a domestic violence awareness event every October. Her annual event offers things like makeovers, boot camps, and self-defense classes, after which women can share their experience with abuse if they feel led. It’s just one of the many ways she’s leaving a legacy.

To help empower other victims of abuse, Destiny hosts a domestic violence awareness event every October. Her annual event offers things like makeovers, boot camps, and self-defense classes, after which women can share their experience with abuse if they feel led. It’s just one of the many ways she’s leaving a legacy.

Destiny strives to be an inspiration to upcoming generations, too. For her, landing the STRONG cover is a dream come true, especially because of what it represents. “I think it’s very important for young girls who look like me to see diversity and inclusiveness,” she said.

Destiny hopes that women like her will continue to break down barriers until “we don’t have to say, ‘The first black woman [to do something]’” anymore. “I have to do what I can to leave a legacy for whoever comes behind me.”