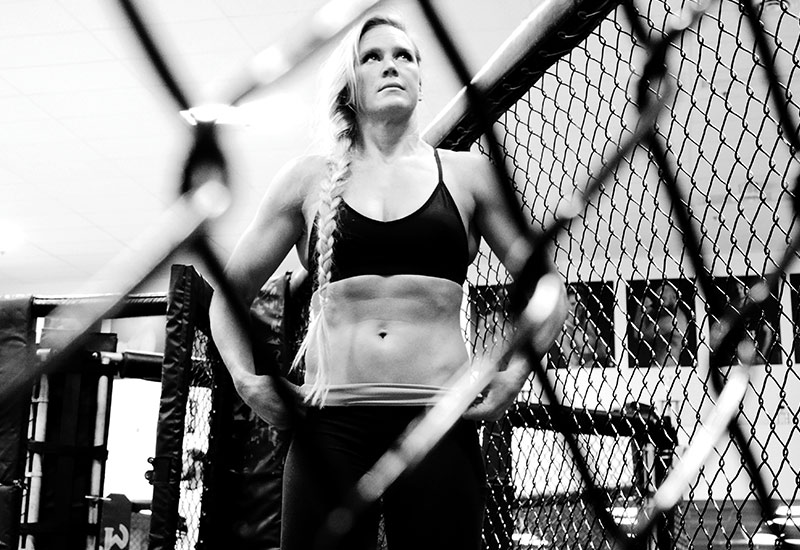 Just days after flying around the country on a whirlwind press tour, Holly Holm’s training schedule is back in full swing.

When we arrive at Jackson Wink MMA Academy in New Mexico to shoot our March/April cover of STRONG, she’s already finishing up one of three workouts of the day and is dripping with sweat. Understandably, with her upcoming fight against Miesha Tate less than six weeks away, there’s no time to waste. This will be Holly’s first fight as the defending UFC champion, a title she worked hard to earn back in November against the former undisputed champ, Ronda Rousey. As she steps on set in her grey sweats and flip flops and settles into the makeup chair, the 34-year-old Albuquerque native shows no signs of stress. But come fight night, when she steps in the ring in front of millions of viewers, it will be a different story, because if there’s one thing this champion excels at, it’s grace under fire. “I try not to pay attention to the crowd,” she tells me later. “It’s just myself and my opponent, regardless of who’s out there. I just focus on what’s in front of me and think to myself ‘It’s go time, let’s go’.”

Several hours, five outfit changes, and thousands of photos later, we pack up our equipment as Holly climbs into the octagon for focus mitt training with her coach Mike Winkeljohn. The gym is virtually empty and we gather around the cage for a glimpse of our cover girl in action. As we watch her move instinctively around the ring, each kick landing with indescribable precision and force, it becomes clear that to the woman behind the gloves, this is so much more than a sport. It is her craft, her calling. And no matter what happens come March 5, there’s one thing you can count on – she won’t go down without a fight.

SFM: Were you at all surprised by the outcome of the Rousey fight?

HH: I wasn’t surprised. I did think it would go a little longer. I knew she was beatable; that’s why I took the fight. As far as dominating the whole fight, I wasn’t sure I would dominate that much. You never know how a fight is going to go. It was something I trained for and when I get in there I just believe that I can do it.

SFM: Going in, did you feel like the underdog?

SFM: How does training for the Miesha fight compare to the Ronda fight?

HH: The game plan is very different because the fighter is very different – they have different fighting styles. It’s really about getting focused and getting into the grind of the preparation for each fighter and ignoring the dizziness around me.

SFM: How does your mindset change with each fight?

HH: Every fight is different, every fighter is different, every training camp is different. So I try not to compare because sometimes that could set you up for a mental breakdown if you’re thinking “Oh my gosh, this isn’t going like it did before!” I just try to take each day and learn from what I did wrong, try to retain what I did right, keep it one day at a time. Our whole training camp and how overwhelming it is can be too much to handle, so I just take it one day at a time.

SFM: Do you feel a lot of pressure from all of the hype?

HH: Of course there’s a lot of pressure, there’s even the pressure I put on myself. That’s what makes the win so rewarding. The win makes it all worth it.

SFM: Do you see yourself as a positive role model for other women?

HH: I don’t really think about how others think of me. I guess I just want to be the best version of me and I want to be passionate about what I do. I want to accomplish things that people don’t see as possible. I want to take chances in life, even if it puts me in a vulnerable position. I hope that chasing my goals and believing in myself inspires others to give themselves a chance to push the envelope, to believe in themselves, to succeed, to not be afraid to put themselves out there, even if it’s a little intimidating.

SFM: Who have been your role models?

HH: I admire all of my friends and family that are so loving and supportive. I admire the things they accomplish in their own lives and yet they still give time to others. My coaches and teammates also inspire me. I guess my role models are the ones I know closest because I know their lives more closely and I see everything they accomplish.

SFM: Who has supported you the most throughout your career?

HH: My coaches have believed in me the most. They have put in the most hours of hard work and support, day in and day out. Mike Winkeljohn, Greg Jackson and Israel Martinez. All of my coaches have supported me along the way. The coach I have been with the longest is Mike Winkeljohn, and he has put endless hours into believing in me and helping me to achieve my goals. Of course my family and friends. I couldn’t be here without their support. My parents, my brothers, my husband, my friends. I am truly blessed.

For more from this interview pick up the March/April 2016 issue of STRONG Fitness Magazine featuring Holly Holm, on newsstands now. Or grab a digital copy here. 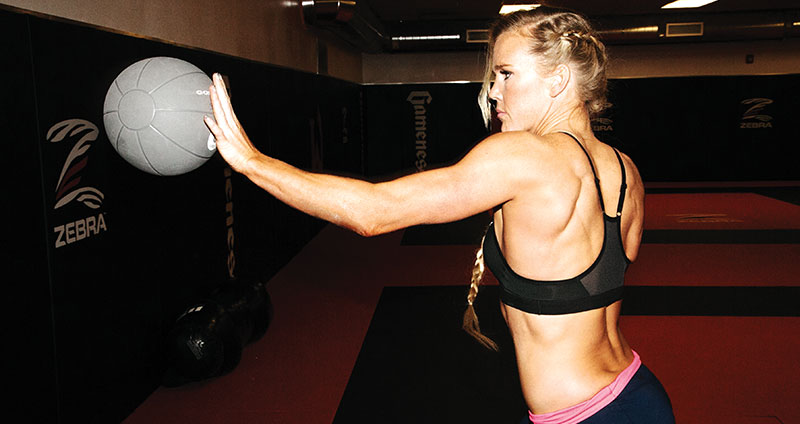 Breakfast (and Lunch and Dinner) of Champions

We were too curious not to ask how a champion fighter fuels her intense training days.
Here’s what she told us:

On Set with Holly

Check out these behind-the-scenes images from our photoshoot in Albuquerque. 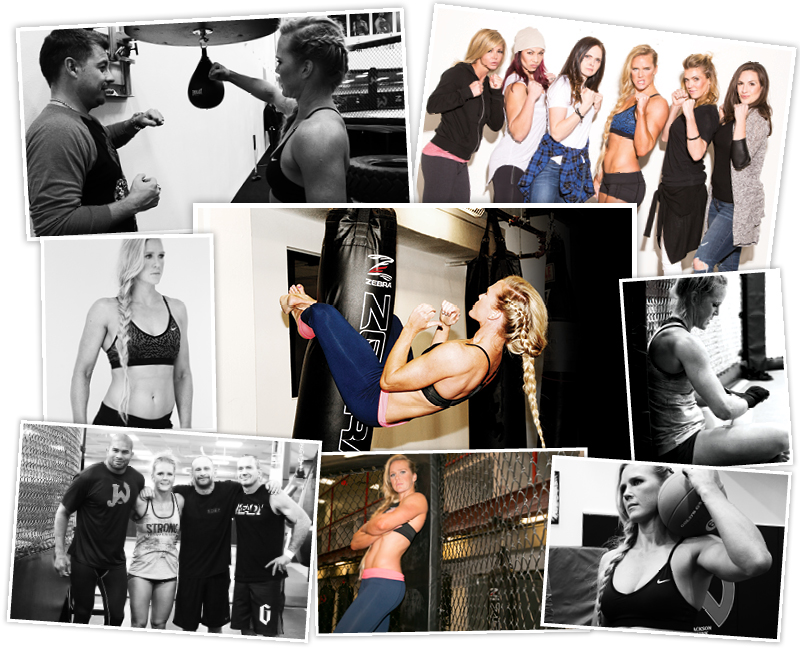 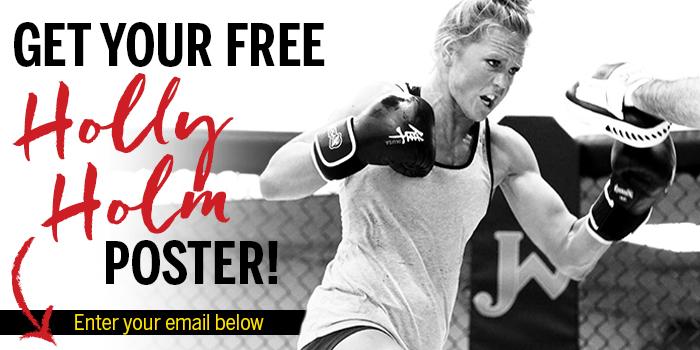