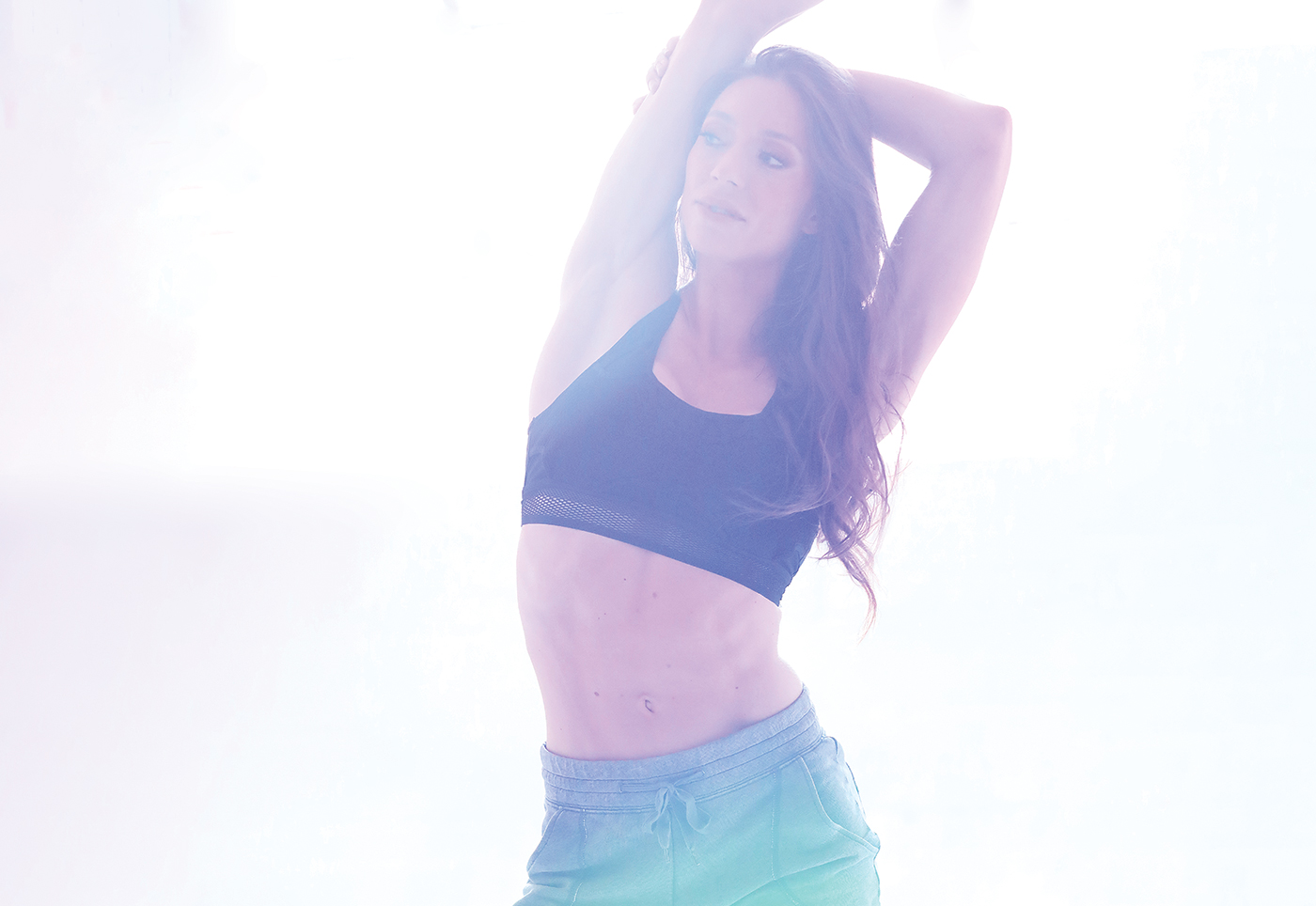 Nicole Rakowski, a self-proclaimed travel-junkie who’s visited over 60 countries, says many destinations around the world have a special place in her heart. One in particular though, remains in her head, and drives her motivation to slay each and every day from the moment she opens her eyes in the morning.

Nicole’s trip to Iceland in 2017, with a group of friends, unexpectedly landed her in hot water—boiling hot to be exact.

While exploring a hot springs on the second last day of her trip, the mud bank beneath Nicole’s feet collapsed, plunging her body into scalding and corrosive water. As the burning seared her skin, she cried out for help, and her friends rushed to reach her. Together, they worked tirelessly to pull Nicole out of the opposing mud as the wounds were setting in and the window to recovery was quickly closing. Being so deep in the wilderness, communication signals were compromised, and so too was the ability to connect with first responders. Nicole credits the kindness and cooperation of strangers also exploring the hot springs that day as her only reason for getting to aid with a chance for recovery. They supported her, carrying her to safety until mountain rescue finally made its way to meet her. “The last thing I remembered was seeing a black curtain cross my field of view—an uncanny subconscious sense that I had never felt before. I truly thought I was dying,” Nicole says.

That life-changing moment on the other side of the world forced Nicole to test her strength physically, mentally, and emotionally, while cementing her faith and belief in something bigger than herself—the strength in community.

Nicole was brought to a hospital in Iceland for immediate attention, uncertain if she would ever wake up after surgery on her third degree burns. But wake up she did. Literally, and figuratively. When Nicole returned home to Hamilton, ON Canada where she remained at a burn unit for the next few weeks, she spent much of her time reflecting. At just 25 years old, Nicole had already become familiar with managing extreme challenges—she had been battling with severe myopia since her early twenties, which forced her to seek specialized care and fight to save her vision. She felt this latest struggle occurred to help her see life through a crystal clear lens.

As Nicole began her healing, wheelchair-bound, it was hard to predict how much nerve damage she would ultimately experience. But Nicole, ever an athlete, was determined to regain her physical strength, ability, and independence. “It’s unbelievable how quickly your body gets used to not being able to walk,” she says. “I was not going to let myself remain in that state.” Growing up playing sports such as soccer, field hockey, lacrosse, track and field, and wakeboarding was a way of life for Nicole and the grit she built through athletics became a saving grace for her.

“There were many moments when I felt like it was just unfathomably hard. Feeling such excruciating pain and trying to overcome that.”

To everyone’s surprise, Nicole started to walk after a month, although this was no easy feat. She eventually moved to crutches, then began hobbling around in sandals to minimize the excruciating pain she still experienced along the bottoms of her feet and toes from the burns. Slowly, with physiotherapy, Nicole started to gain momentum, stability, and balance. Finally, about half a year later, she felt like she was on her way to really recovering. Doctors were beyond impressed by Nicole’s progress in what seemed to be such a short period of time relative to recovery patterns. In fact, most physicians stated it as a miracle.

Nicole vividly recalls the pain from the burns and the difficulties trying to make any progress. “There were many moments when I felt like it was just unfathomably hard. Feeling such excruciating pain and trying to overcome that. Especially any time the burns were exposed to air, like during dressing changes, that was unbelievably painful,” she shares. “But I knew it was something I had to go through if I wanted to walk again and recover.”

Nicole’s strength grew from overcoming what she thought she couldn’t. And it was this resilience that would help her conquer another daunting challenge.

At 27 years old, Nicole was diagnosed with several retinal detachments and tears and underwent a vitrectomy—an invasive eye surgery to avoid permanent vision loss and eventual blindness. Only a year later, she endured cataract surgery. “I resigned to telling myself over and over that pain is temporary,” says Nicole. This perspective helped her get through the surgery and the torturous recovery. “For the vitrectomy, I had to lay face down on a table lying perfectly still, for several weeks,” Nicole explains. However, she still needed to find a way to cope with the aftermath as she learned the greatest damage of the vitrectomy was the threat to her spirit. Nicole was told she could no longer participate in the sports she loved for fear of contact or concussions that could cause further damage to her sight. “I was beyond passionate about sports my entire life so hearing this reality, that I would have to live a more sedentary lifestyle, was absolutely heartbreaking,” Nicole says. She was determined to find a way to still feel like herself. “I wasn’t willing to let go of being active. I knew if I never quit, my passion for athletics would never die, and so I had a sort of epiphany after the eye surgery while I was laying there for days on end. This was probably one of my lowest points in my life, lying face down in the dark, not being able to move seemed more like a battle for survival than recovery. After regaining my composure and listening to a series of podcasts, I realized I had to change my traditional approach of participating, playing on team sports, and try something else. I just couldn’t accept never trying,” she says.

It was this realization that changed the trajectory of her life and helped Nicole discover her authentic self as she immersed herself in the world of fitness.

“I used to run a lot. I loved it because running forces you to get out of your element and focus on one thing. I find lifting weights similar. When you’re in the gym, you focus on moving that weight—and I recognized that pushing through something with determination is what I find fulfilling,” she says. 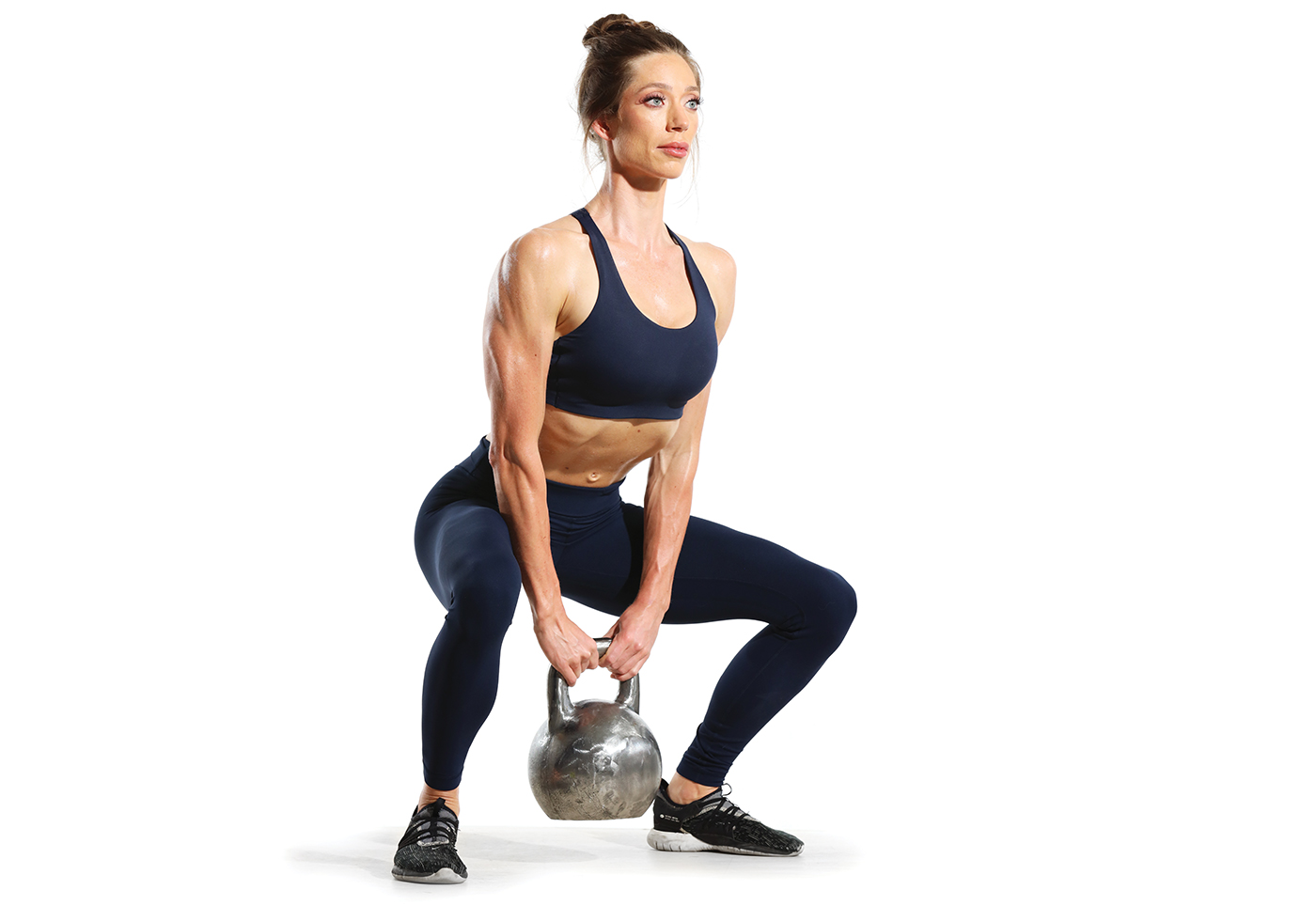 “Fitness builds your grit, and when challenges present themselves, your mind is then trained to persevere. We have to really recognize fitness not only as a benefit to how you look, but to how you feel and perform, overall.”

Focusing on fitness also led Nicole to experiencing the sense of community she craved. “There’s this misconception that at fitness competitions people are very competitive with each other. I found the exact opposite being backstage at my first bikini competition, and then at the IFBB Toronto Pro Show,” she shares. “So many women stepped up to help with things for each other despite the fact that we were all taking the stage as competitors. The way everyone came together reminded me of my experience in Iceland and I instantly felt connected to this niche group of athletes.”

Nicole found herself incredibly motivated by the stories of others as well. “I’ve met so many inspiring women through fitness who exude such strength, not just physically, but with their own stories of struggle. That’s really helped me to power through whenever I have felt doubt. And now, I feel so humbled that I have the opportunity to give back by showing others how to do the same for themselves by sharing my journey. At 30 years old, Nicole says it feels like all the pieces are coming together. “My experience in Iceland, and then the eye surgeries, took me away from the path I was on, but it uncovered a whole new way to express myself physically and introduced me to a community that I’ve really resonated with,” she says. Now she’s marrying what she’s found in fitness with her professional pursuits to help shape society for the better. Something Nicole has come to believe is her true purpose. “I realized I needed to be broken down in life to learn my why.”

With a PhD in Health Management, Nicole splits her time between teaching at the DeGroote School of Business at McMaster University and working as a health care professional at Hamilton Health Sciences. Through her work evaluating and improving policies and procedures surrounding healthcare combined with her own transformative experience with fitness, Nicole has become incredibly passionate about helping people understand that so many non-communicable diseases can be prevented with lifestyle changes.

While Nicole’s own efforts in the gym are directed towards earning her pro card in the IFBB Bikini division over the next eight months, requiring her to train hard almost every day, she can’t overemphasize the importance of prioritizing fitness, in any capacity, for everyone. “Aside from the obvious physical ways in which fitness helps prevent disease, the impact it has on other areas of your life are all too often overlooked,” says Nicole. “Practicing that mind-body connection, and exercising willpower and discipline, have so many positive effects on well-being. Fitness builds your grit, and when challenges present themselves, your mind is then trained to persevere. We have to really recognize fitness not only as a benefit to how you look, but to how you feel and perform, overall.”

“How many people can I inspire to move with me?” 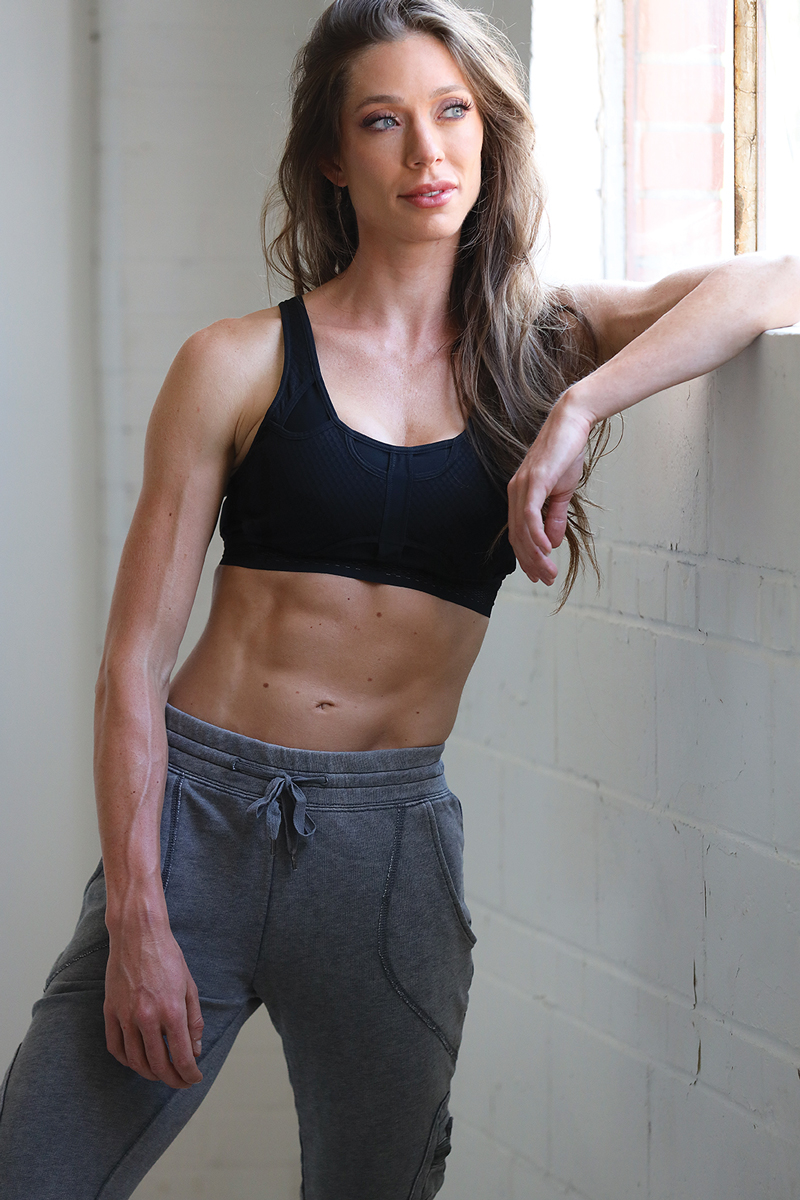 For Nicole, the ultimate goal is not her personal achievements. “It’s no longer about winning a medal or crossing a finish line,” she says. “Success for me at this stage is in using those experiences to speak to others and help them evolve, too. How many people can I inspire to move with me? All of these challenges have taught me that we’re not here to simply discover who we are as people, but to help others discover who they are, too. We’re all connected. There’s proof of that in all our interactions. I wouldn’t have survived the accident in Iceland otherwise.”

Nicole knows it could have been easy to give up on herself through life’s challenges, but for her, that simply wasn’t an option given the remarkable example of tenacity her parents set growing up. “I’ve always had that fighting spirit, wanting to do better in life, and it has a lot to do with seeing my parents never quit. They immigrated to Canada and had to fight for everything. And once I found sports, that sense of perseverance was amplified. I’m so grateful for learning early on that a dream isn’t realized through thinking or wishing it will happen. That it takes tons of work. Hustle. Grind. And execution. For those who didn’t, there’s always now. This could be your wake up call: Put the excuses aside and trust that you can overcome anything, if you keep going.”