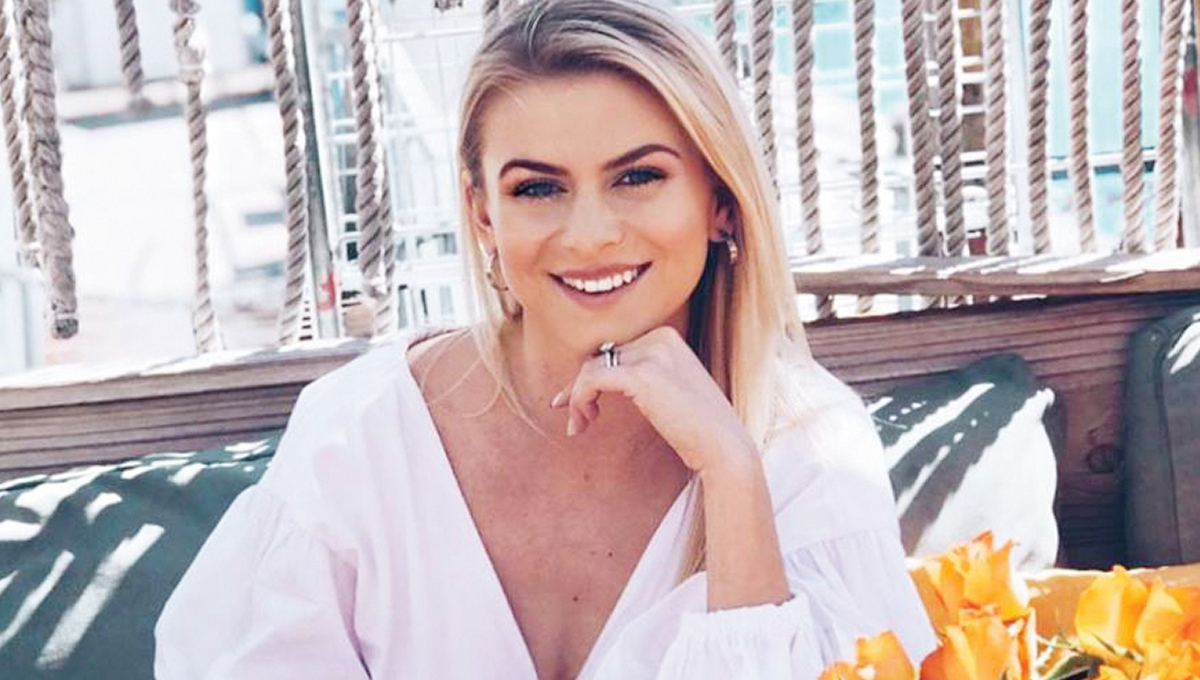 During your daily Instagram scroll, you’ve probably come across a quote card (or two, or three…) from @bossbabe.inc. The account, a members-only online community for millennial women looking to build an online business, has become known for its smart, sassy, and empowering quips such as “Stop apologizing for being the sh*t” and “I feel like looking cute and making money today.” It’s pure Instagram gold for budding female entrepreneurs seeking inspiration, motivation and support—just look at its impressive following (over half a million on Instagram and growing). 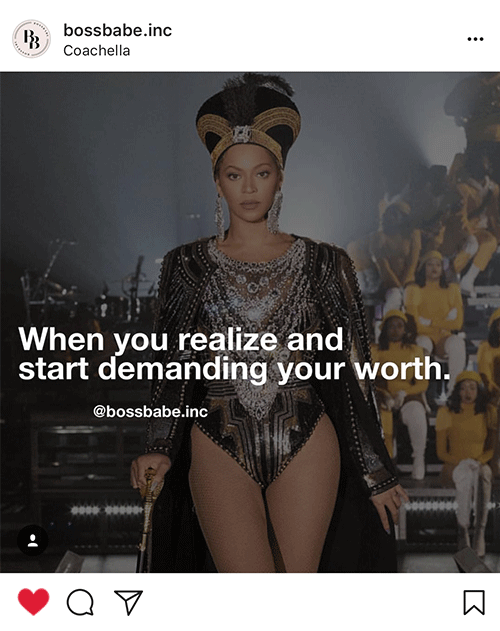 Bossbabe’s 26-year-old CEO, Natalie Ellis, is the perfect embodiment of the brand: smart, ambitious, driven, and determined. The self-professed “serial entrepreneur,” who is originally from Newcastle, United Kingdom (and now resides in San Francisco), says her drive to be her own boss was sparked during her teens, when she heard a female entrepreneur speak during a career day at school and she “became fascinated by the whole concept of having an idea, making it happen, and taking control of your life.” 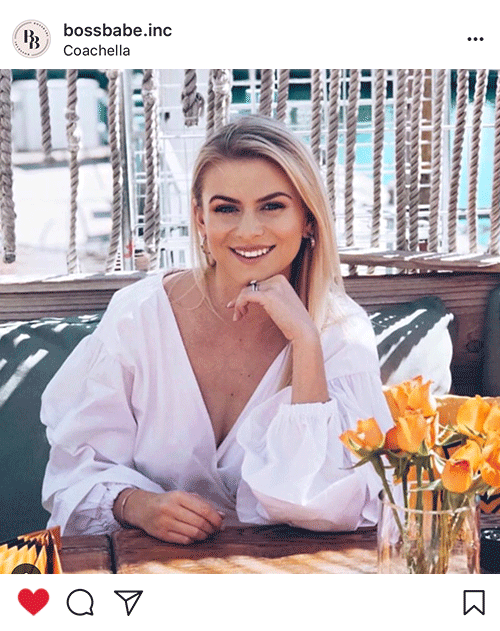 “People around me weren’t doing things like this,” she says. “I was never brought up with a lot of money or a lot of opportunity and for me, this idea of entrepreneurship was initially a way out [of Newcastle]… it was a way for me to create a kind of life that I saw people doing on TV.”

But she didn’t just want to make things happen for herself. Ellis was determined to lift others up as well. “I made it my mission to help women who are in that position where they’re brought up with not a lot of opportunities. 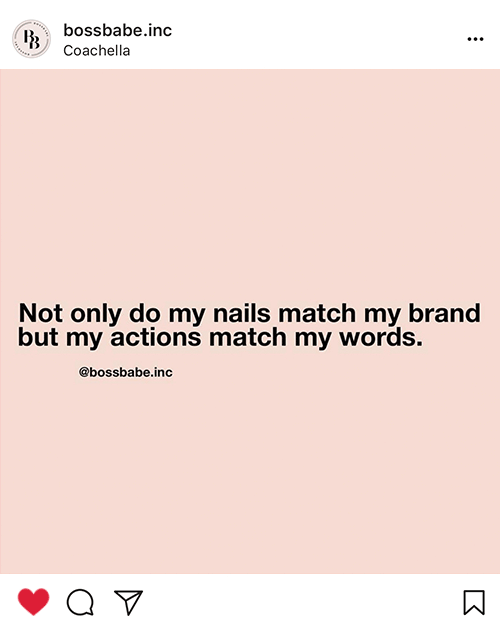 Now, in her role as Bossbabe CEO, Ellis spends her time doing just that—inspiring and supporting women to turn their dreams into reality through successful business building. So who better to take advice on becoming a female entrepreneur than from the #BOSSBABE herself? Below, see the seven best tips we learned from Natalie on building your own business.

Before anything else, get clear on what you’re most passionate about—this is key to finding inspiration for your business. “Spending time figuring that out is never going to be a waste,” says Ellis. “You might not be super passionate about the thing you’re working on right now, so what are you passionate about? What would that look like if it were a job? When you put that out there and really start to tell people [what you’re passionate about], I feel like then opportunities will really come to you.”

Ellis suggests creating vision boards and surrounding yourself with content and people that inspire you to help you discover that passion. “You can take inspiration from all these things, and one day you’ll just have this ‘aha!’ moment.”

While you may be tempted to bolt from your current gig and get started, Ellis suggests staying put while you get your business plan together. “Don’t think you need to just quit the job and go and do this new thing,” she says. “Stay in your job and get really, really clear on an idea [first].”

Once you’ve got your idea, make a plan and commit to working on it every single day. “A lot of the things that stop people from setting up companies is they have all these ideas, but they are not making any steps towards progress or action,” says Ellis. “I would make a plan and make sure I’m stepping towards bringing this business to life or testing the concept every single day. Having that motivation when you feel like you’re actually making progress is quite addictive. And eventually, you’ll get to a point where you’re like ‘I know what I need to do to turn this into a really successful business’.”

“Having self-esteem issues is one of the worst things as a woman,” says Ellis, who admits she too struggled with low confidence a few years ago. “I feel like so many women I work with, the one thing that holds them back is confidence, and it’s crazy to me because I see their ideas and how amazing they are.”

For Natalie, building her self-esteem was a matter of changing that negative voice in her head. “A lot of overcoming [those issues] was learning how to reframe my beliefs and realizing the things I would tell myself were not necessarily true.” One technique Natalie used? Writing down any negative self-beliefs and rewriting them to be positive. “If you really want to build a multimillion dollar company, you can do it, but your mindset has to be in the right place.”

Though Ellis considers herself a strong-minded individual, she realized that at first, her voice was getting lost or talked over in meetings with men. Now, when anyone tries to speak over her, she just continues speaking. “Or, if someone is really talking over you, don’t be afraid to say, ‘Excuse me, I was still talking’,” she says.

Natalie credits a lot of her success to the help and support she received from other women, and it’s for this reason she’s determined to return the favor. “I am such a firm believer that we get ahead when we are nice to each other and boost each other up,” she says. “I don’t believe that another woman has to lose so I can win.”

7. Work on your money mindset

If you want to launch a successful business, you’ll need to work out your relationship with money. “We’re often told from a young age that money doesn’t grow on trees or you have to work super hard to make money and if you make too much money you’re going to be greedy and all of these crazy things,” says Ellis. “For anyone kind of struggling with that, I would recommend working on your money mindset.” She suggests reading one chapter of a financial self-help book every day, to get you in the frame of mind that money is not a bad thing and that you are capable of making it.

“Once you get into that [positive] mindset, you’re more likely to start asking for raises or upping your prices, or going after this amazing big goal that in the past you might have thought, ‘Oh that’s not me’ or ‘That’s too much,’ or ‘I can’t make that much money,’” she says.