Home Motivation Get Inspired Diary of a Fit Mommy 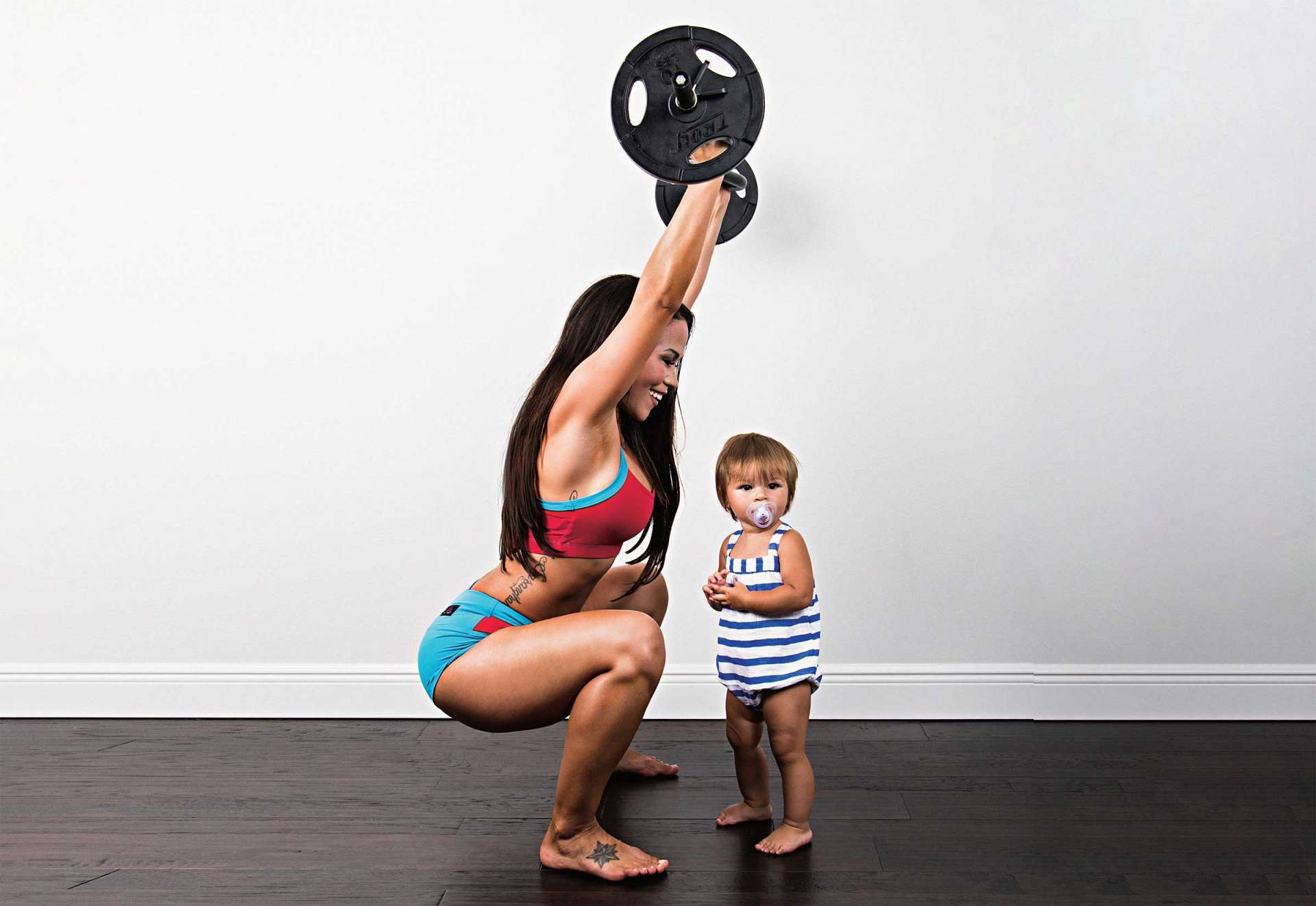 Lead Photo by Studio of Vim

If you’ve ever taken so much as a peek at the Internet, there’s a good chance you’ve spotted something posted by Sia Cooper. The 29-year-old personal trainer and mother of two has made a name for herself on social media with grocery-store workouts, real-talk about postpartum depression, and realistic snapshots of parenting life. Her honest approach to fitness and motherhood has earned her over one million Instagram followers and a spot on Time Magazine’s list of the 25 most influential people on social media. But Sia wouldn’t be where she is today without overcoming her own obstacles, and this fit mommy isn’t afraid to spill her diary and tell all.

Dear Diary
Sia’s company, Diary of a Fit Mommy, began while she was pregnant with her first child in 2013. Simply a way to stay accountable on her fitness journey, she soon realized that her story was resonating with other moms. Fast forward to 2018, and Diary of a Fit Mommy LLC now includes a widespread community that commits to her programs of workouts and meal plans offered on her website.

But things haven’t always been easy for Sia—and she’ll be the first to tell you that. “My mother would pick on my weight [as a teen], call me names, and point out when my thighs were ‘blowing up,’”she says. “I felt constantly judged under my own roof. Though it’s improved a lot, I still struggle with my body dysmorphia.”

Sia says her upbringing has taught her to take a different approach to raising her own children. “I naturally incorporate eating well, moving, and playing with them, so healthy habits become ingrained and they’re not an overwhelming task,” she says. “My son and daughter are both learning these lessons so they won’t grow up with impossible expectations of how people ‘should’ look or behave.” 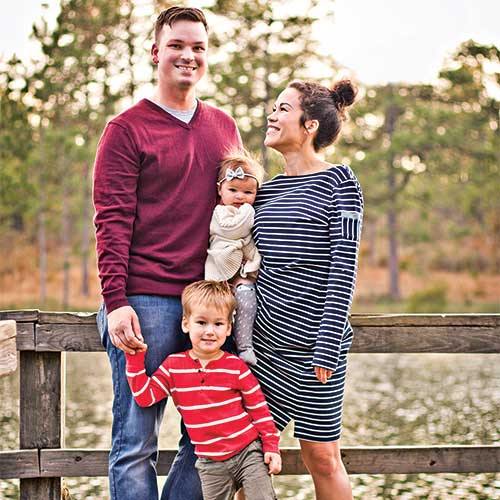 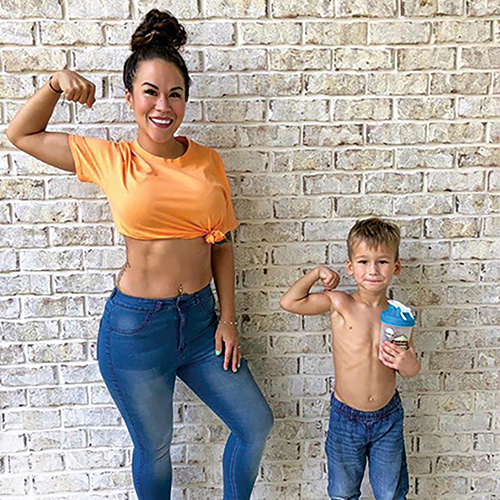 Postpartum Pain
While Sia has experienced bouts of depression throughout her life, her symptoms reached an all-time high after the birth of her son. “There were moments when I felt like a zombie,” she says. “I would blankly stare at my baby with no feeling. The next moment, I was crying uncontrollably. Postpartum depression grips you in the most unexplainable ways and can affect any woman.”

Sia’s former career as a nurse alerted her to the fact that something was seriously wrong, and she sought help from a doctor. After being prescribed antidepressants, she was back to feeling normal, although bad days still sneak in. “Postpartum struggles can last well past the first few weeks and months of your child’s life, and into their early years. I think it’s important to educate more women about that.”

Sia uses her platform to stress the importance of talking openly about mental health and ditching the stigma around seeking professional help. “If you are inexplicably tired or feeling depressed, it’s important to share it with your doctor and get your hormones and thyroid levels checked.”

“I would blankly stare at my baby with no feeling. The next moment, I was crying uncontrollably. Postpartum depression grips you in the most unexplainable ways.”

Sia Unedited
The social media maven’s presence hasn’t always been such an honest one. When the blog was in its infancy along with her son, Sia relied on an editing app called FaceTune to smooth cellulite or enhance her features. “When you’re already struggling with your image and the tools are at your fingertips to hop on board with what social media deems as ‘perfect,’ it’s so easy to curate that perfection,” she says. But it only made her feel worse IRL.

“I realized the disservice I was doing to others, to myself, and to my kids,” she says. “I want my kids to grow up seeing fierce females who aren’t afraid to show cellulite, stretch marks, and other ‘flaws.’”

Once Sia deleted FaceTune and started posting unedited photos, she noticed a shift in her online community. “Women tell me my posts have changed their perspective of their own bodies.” she says.

Today, Sia recognizes that people stick with her because of her no-nonsense, body positive message when it comes to health and fitness—not because of perfect pictures. “We’re not perfect individuals, so why promote perfect images? Photoshopping takes a toll on mental health, body dysmorphia, and eating disorders. I feel a serious responsibility to keep things real.” 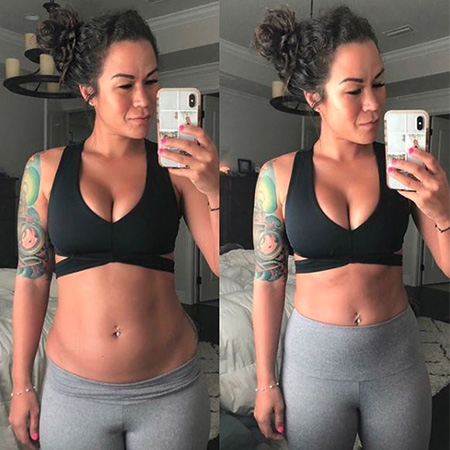 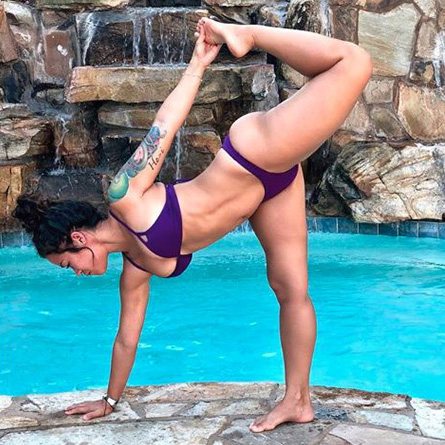 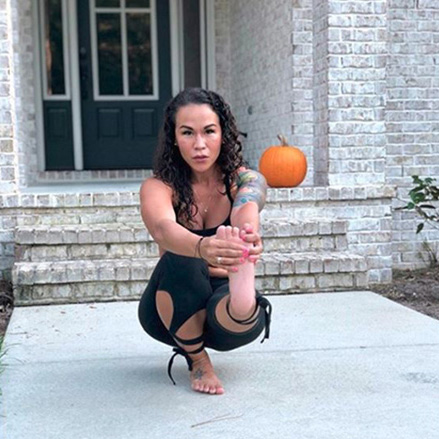