Home Motivation Get Inspired A Random Violent Attack Couldn’t Stop This Fitness Coach from Supporting Her... 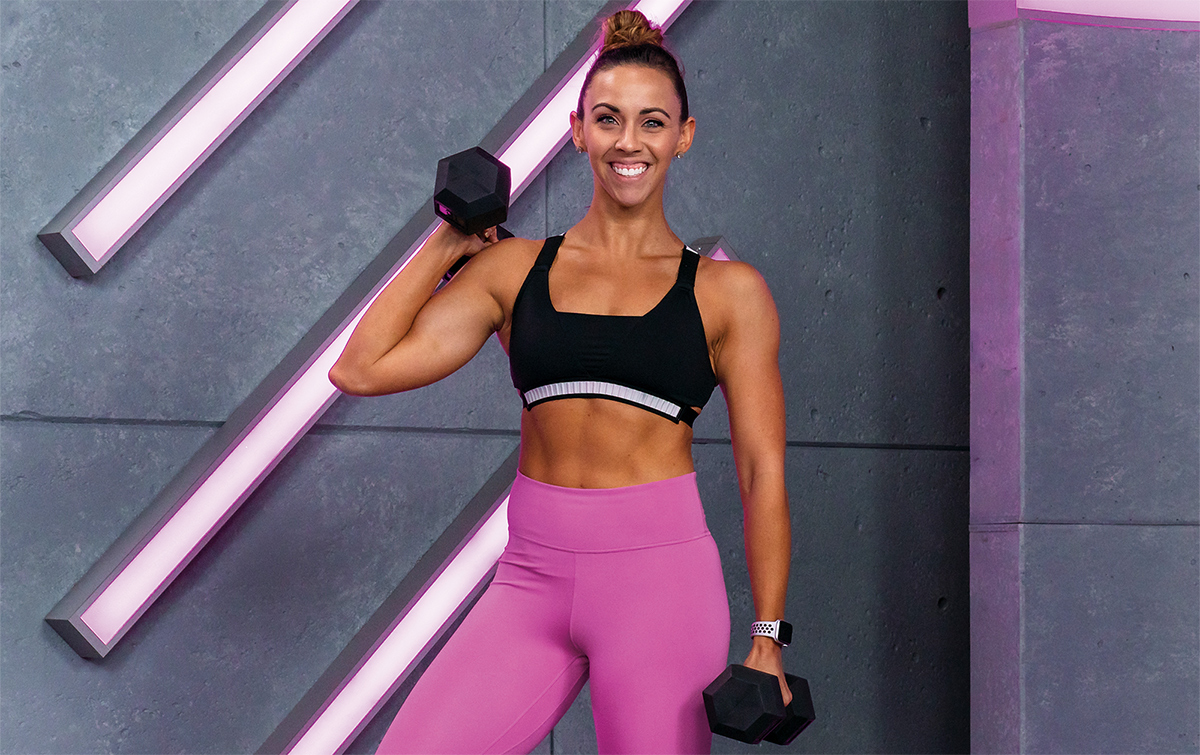 "Don't move," a man whispered to Sydney and her fiancé, Dustin, at gunpoint—a statement that is very much the antithesis of how Sydney lives her life.

On September 10, 2018, the pair had just finished filming their daily fitness video at the studio and were walking to their car when four hooded men—two with guns—approached them. Sydney and Dustin scrambled to get into the car as they heard eight shots fire.

As Sydney pulled her second foot into the car, one of the eight bullets hit the ground and went into the back of Sydney’s foot, shattering her heel bone and severing an artery. Slouched down and driving away, Sydney turned to her fiancé, hands wet with blood and said, “Dustin, I’ve been shot.”

The senseless and random attack would be the reason that Sydney vowed to live every day to the fullest, an almost nagging sentiment that was planted in her ear just the year prior, as she survived devastating news within her own family.

Growing up modestly in Charleston, West Virginia, Sydney was always extremely active. She spent her time playing basketball, soccer, volleyball, and, most passionately, training for track and field. Sydney eventually earned a full scholarship as a Division 1 high jumper on the track and field team at West Virginia University. Throughout her collegiate career, Sydney set national records; her personal record for high jump was taller than she is at 5’11”.

After losing her job while studying to become a nurse, Sydney moved to Charlotte, North Carolina, to become a personal trainer at a local gym. Her clients’ successes sparked pride within her, and she was soon working 80 hours a week to keep up with demands.

But the glory she felt crumbled in June 2017, when she learned that her younger brother Zac, who was a marine, husband, and new father, tragically passed after an ATV accident.

“To have a little brother is to have a best friend for life and watching Zac's story be cut short so suddenly constantly reminds me how precious life is. I can say I had fallen into being okay with being busy,” says Sydney. “But when my brother passed, I looked at my future completely differently.”

Inspired by Zac to live every moment to the fullest, she knew there had to be a way to keep up with her ever-expanding business while saving her sanity. “I had no more time to supply so I couldn't create more demand,” says Sydney about one-on-one personal training. I wasn't growing or improving anything, and for some people that's okay, but for me, it's not okay to coast through life without striving to be better or make a bigger difference.”

To expand her reach while freeing up her in-person hours, Sydney began posting free fitness videos to her YouTube channel, Royal Change, with Dustin’s help. “I come from a family that could not afford personal trainers and gym memberships,” says Sydney. “I wanted to make sure that no one had any barriers when it came to a new, high-quality personal training session each day.”

Unfortunately, her altruistic endeavors led to the moment she and Dustin would encounter the gunmen.

“I wanted to make sure that no one had any barriers when it came to a new, high-quality personal training session each day.”

Just three days after the shooting, Sydney and Dustin posted an emotional video to let the Sydney Squad (27,000 subscribers at the time) know what had happened and that she would be out of commission for a couple of months.

“I thought I may never feel my foot again,” says Sydney. “I was also dealing with the fear that the people who had just shot me were still running free. What if they wanted to find me and ‘finish the job’ because I had made eye contact with them?” 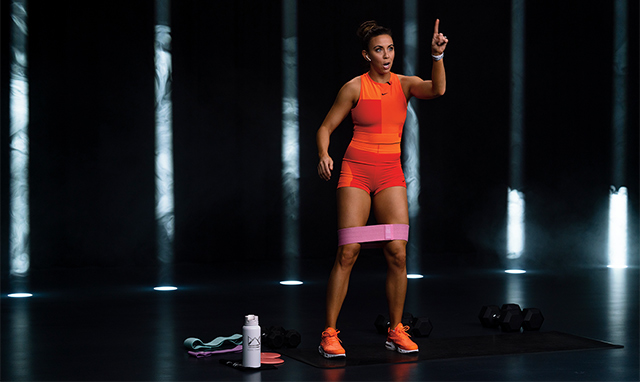 “I was also dealing with the fear that the people who had just shot me were still running free. What if they wanted to find me and ‘finish the job’ because I had made eye contact with them?”

But amid the fear and rehabilitation, Sydney honored her commitment to her dedicated followers and continued posting re-purposed and never-before-seen workouts. “You are both so generous to still be thinking of us on our journeys to personal growth and change while going through this horrible incident and the recovery involved,” writes one subscriber. Workout videos continued to go live every single day during the week of Sydney’s shooting.

Her road to healing was anything but easy. “I had no muscle in my right leg, no balance, no feeling in the bottom of my foot, and a hole the size of a ping pong ball on my foot,” says Sydney. “I was cleared to pack the bullet hole with gauze and do what I could in terms of workouts.”

After intense surgery and three months of recovery, Sydney walked through the same parking lot she had been shot in, committed to resuming recording daily workouts for her subscribers.

Today, Royal Change has almost 1300 free workouts, and the most popular video has over 3.8 million views. Since the pandemic, the Sydney Squad has quadrupled in subscribers, but her mission remains the same: accessible fitness for everyone. “I believe that your income level, your proximity to a gym, the free time you do or do not have, the childcare that you do or do not have, and the insecurities you feel around going to a public gym shouldn’t be things that stop you from having fitness in your life.” 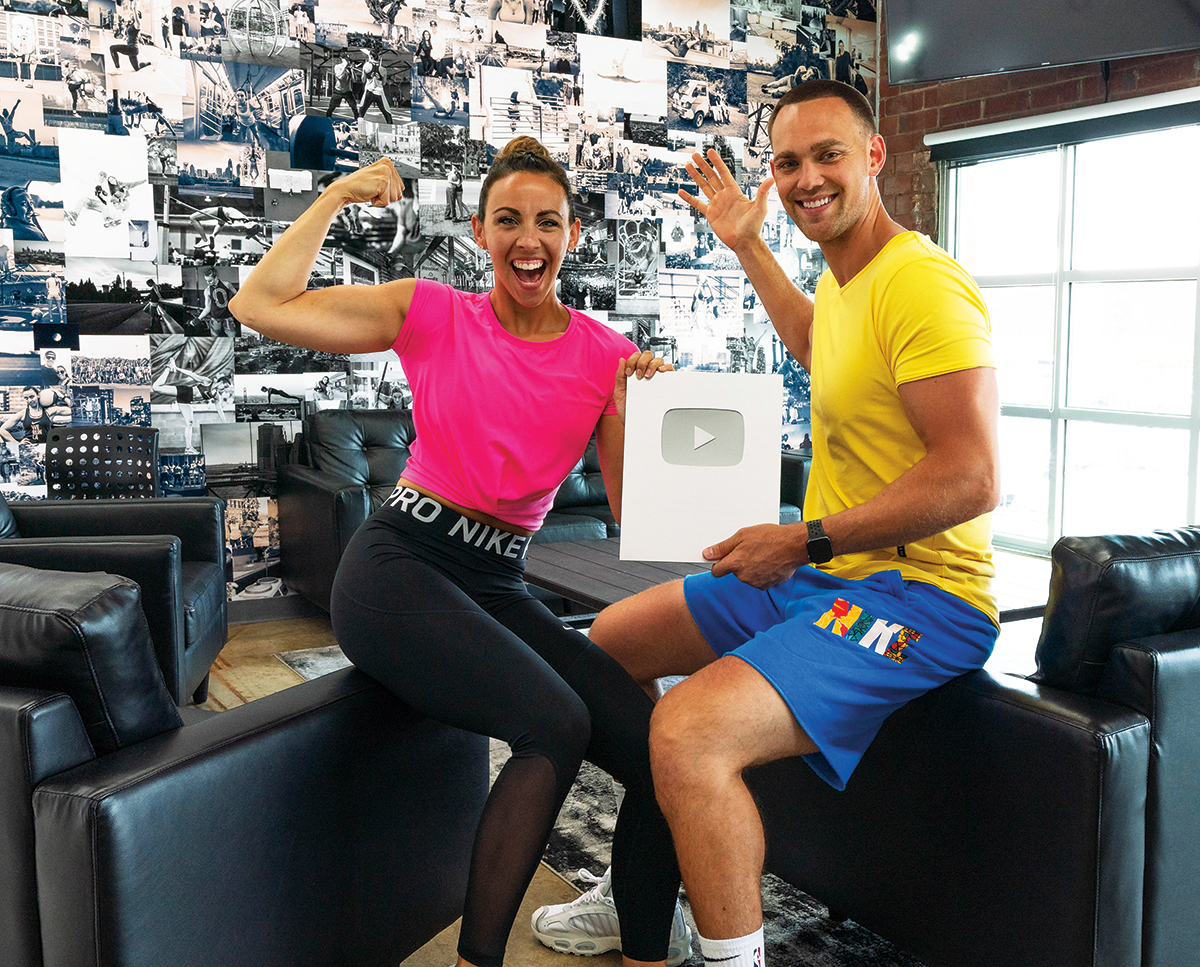 Hear Sydney tell her story in her own words on the Find Your STRONG Podcast.