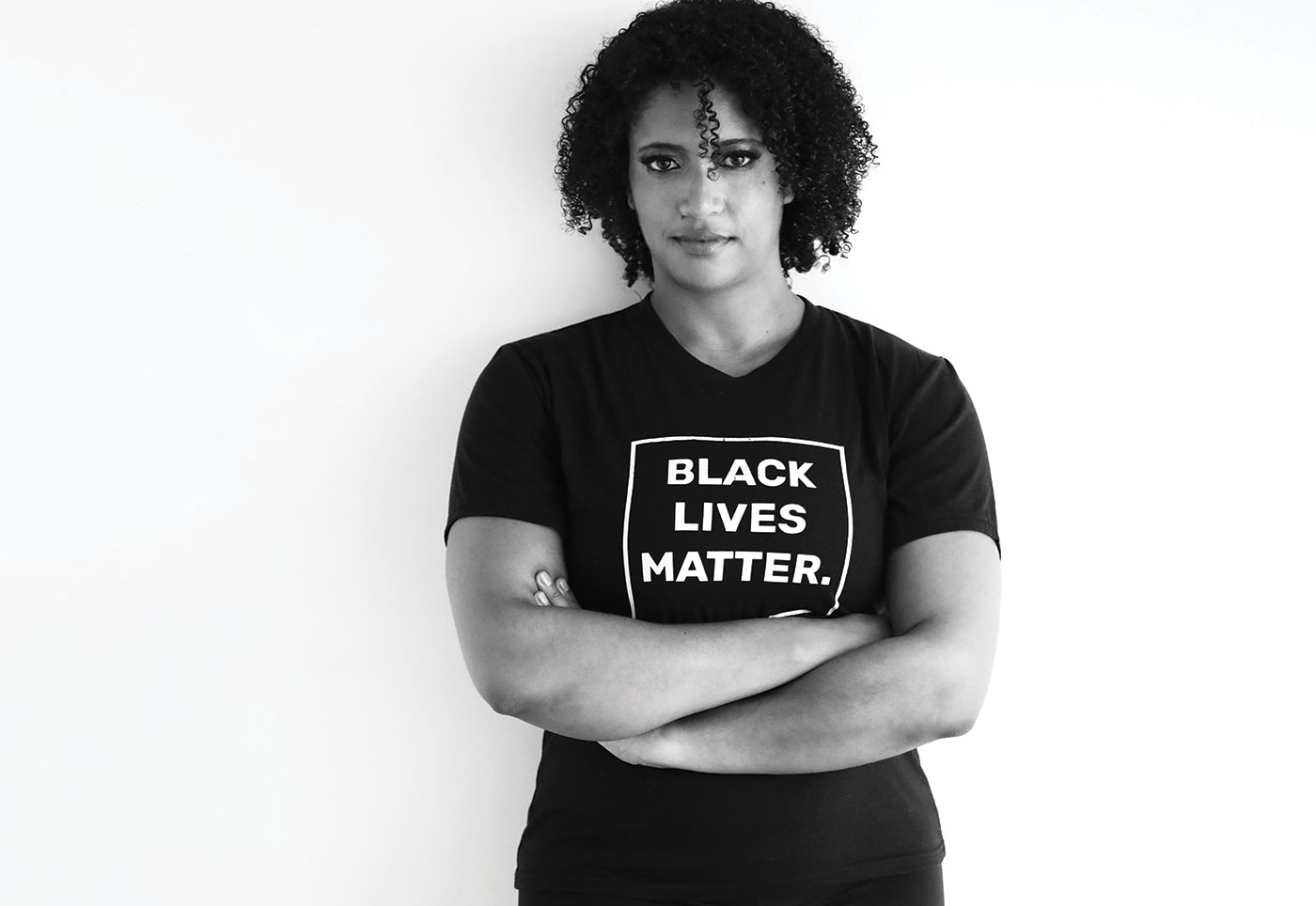 Over the course of her 38 years, Julie Savaria has seen and experienced much heartache, the volume and magnitude of which would make many crumble. But for Julie, there was no other option than to face it all head-on, with a positive outlook and the belief that people are intrinsically good. In the process, she’s created a platform that is changing the way people think, while providing her with personal and professional fulfilment. Success which this inspiring entrepreneur attributes to creating a strong mentality forged through fitness. Through all the struggles, Julie’s discovered how a commitment to fitness can provide even greater benefits than what she sees in the mirror.
The Early Years

As the daughter of a retired diplomat (her father, who is Canadian; her mother originated from Senegal), Julie saw the atrocities that her fellow man was capable of at a very young age. Her family was in Zaire, now known as the Democratic Republic of Congo, in 1991 for her father’s work when war erupted. Julie remembers riding a school bus as armed men approached menacingly. The adults tried to explain what was happening to the confused students. There was something terribly wrong. She could feel it. That night, Julie’s mom begged her to sleep in her parents’ bed for safety. The next morning, they discovered a bullet through the pillow in her bed, where her head would have been resting.

Young Julie recognized the danger that her family was facing. Her mother, one of the only Black women in the Canadian embassy compound, took great risks with such simple day-to-day activities as going to pick up groceries at the market for everyone. Julie remembers seeing bodies littering the streets and hearing the clash of gunshots as she and her mother finally traveled to the airport heading back to Canada to escape. Her father stayed behind for another year; Julie considers them lucky that he made it out alive.

These early experiences helped to form Julie’s outlook on life and sparked a desire in her to make a difference in what she perceived to be a growing cultural problem.

Taking a Stand
Diversity has always been an issue near and dear to Julie’s heart. Years after fleeing the war and becoming a mother, she recognized that there was not a large variety of skin tones in her children’s storybooks. “My mom friends who are white began to ask me about why this was the case, especially as the BLM movement began to gain steam,” she recalls. “They wanted to ensure their own kids were brought up in a society that embraced representation, not thrived on exclusivity.”

She began circulating a list of book titles that showcased characters with a wide variety of backgrounds. But she felt it wasn’t enough; she had to do something to lead the charge. That’s how Jedi Kids was born. Her goal: To create a company that encourages inclusive, mindful parenting through workshops, coaching services, and resources that aim to inspire multiple generations.

“Through the perseverance I learned with fitness, I pushed
through tragedy, turning it into motivation to create.”

Of what motivated her to go the distance, she points to the first-hand experiences of her kids. The realization that her son, who has a darker complexion than her daughter, would have to navigate the world in a much different fashion spurred her into action.

But a want to see the tapestry of society on full display wasn’t her only impetus. The death of Julie’s mother, her hero, left a void in her life that she believed is not often addressed in our modern, Western world. She knew others must be struggling with the same pain that she carried with her every day, even a decade after the tragedy. “Losing my mom put me on my path today,” she notes. “I had to redirect my energy to not fall into a deep, dark hole I would never come out of.” It became a topic that she tackled directly in her blog and podcasts. And, as predicted, her vulnerability resonated, and people responded.

Her companies, Jedi Kids and Bindia Savaria Consulting, quickly found their audiences, and Julie is proud to have been at the helm of a movement that has expanded the minds of people across the globe. Not only does Jedi Kids speak to racial issues, but through her platform she also suggests books that include Asian and Indigenous voices, stories of those who are differently abled, and LGBTQ+ issues. Up next: versions available in French. “I wanted to turn my legacy into something positive,” explains Julie. “I’m not only creating Jedi Kids; I’m helping to create Jedi Parents.” 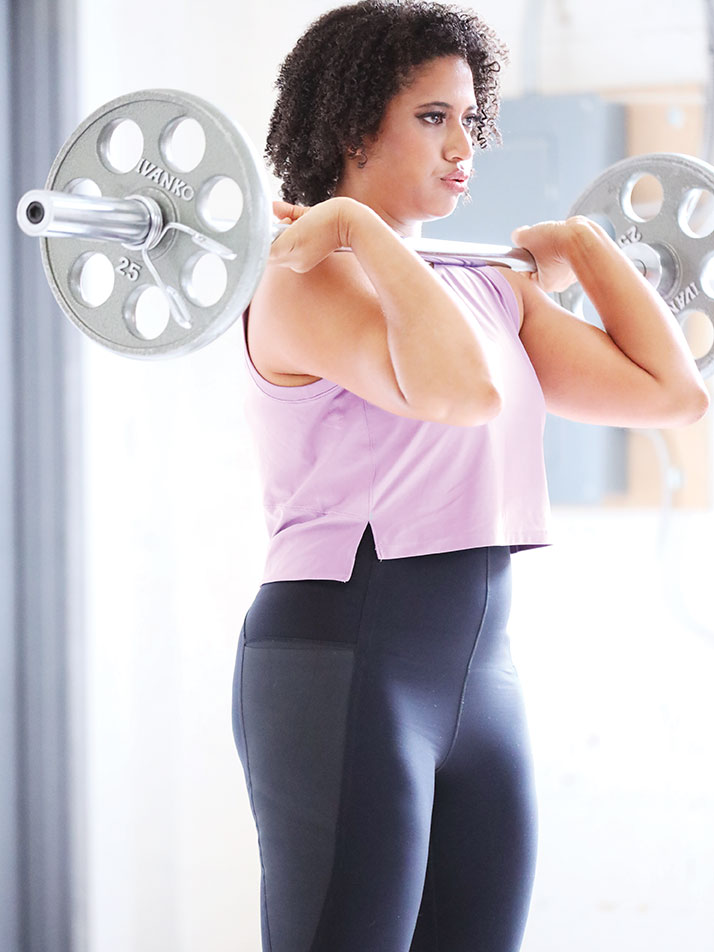 The Fit Factor
Julie is the first to admit that she couldn’t have become a change-maker alone. After the birth of her second child, before becoming an entrepreneur, she felt adrift. Then the pandemic hit, and it quickly became apparent that work opportunities were drying up.

When she was introduced to STRONG President and Coach Jennifer Van Barneveld-Pe, and her approach to the power of fitness, everything changed for Julie. Applying a laser-like focus to her workouts infused her with the confidence that she says she needed to put her business plan into action. Her consulting gig soon went from a side hustle to a six-figure business, which she attributes to this personal shift grounded in fitness.

Still, as with most success stories, it wasn’t all sunshine and rainbows. An injury sidelined her physically, along with her newfound outlook on life. Surprisingly, this is when she, Bindia Savaria Consulting, and Jedi Kids really blossomed. “I thought I was going to do $80K per year and ended up tripling that,” she remembers. “Through the perseverance I learned through fitness, I pushed through tragedy, turning it into motivation to create something that is profitable—not only from a financial perspective. Building the strength to pursue these initiatives also allowed me the freedom to do what I want while building a community of support.”

Julie’s commitment to fitness, inclusivity, and education will undoubtedly continue pushing her to greatness in the eyes of her family, peers, and history books as an agent of change.