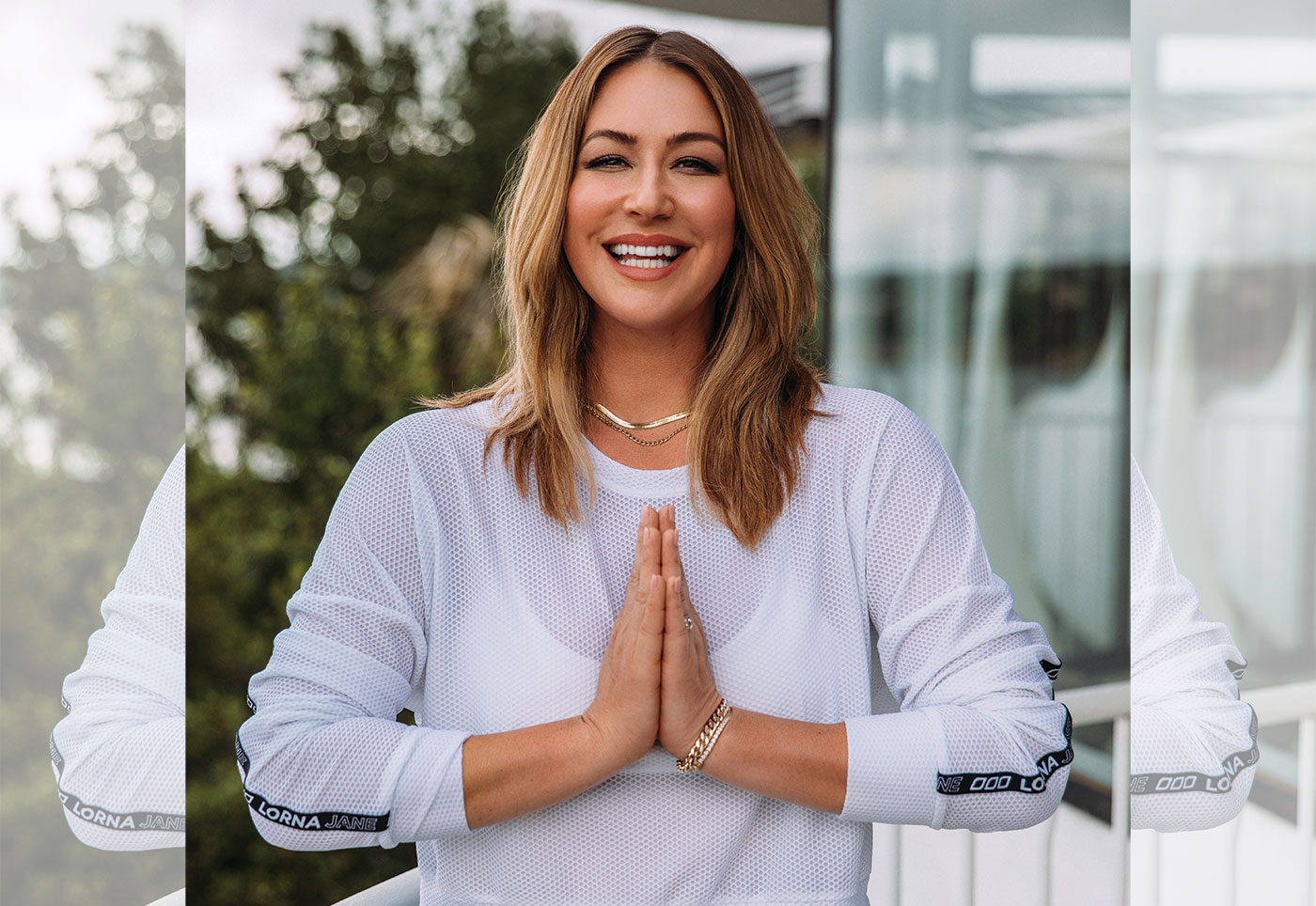 Photos courtesy of Tone It Up

Sometimes the most profound conversations happen in random parking lots somewhere in the middle of Alabama—or at least, for Karena Dawn, co-founder of Tone It Up (TIU) and board advisor for National Alliance on Mental Illness.

Pulling off the highway for a much-needed break from their book tour travels in May 2022, Karena and her husband Bobby Gold were greeted by a man who ran over to ask, in reference to their large decaled bus, "What's 'The Big Silence'?"

The pair explained that they’re on a book tour for Karena’s memoir, which candidly tells her own mental health journey having grown up with a mother with severe mental health issues. Almost as if he had been waiting for them to show up, the man explained he suffers from severe depression. Shortly after, two more folks followed suit—one sharing that her husband has bipolar. The unlikely group sat and told their stories for a while.

“We can’t get out of a gas station or truck stop without 20 minutes of conversation because I want to meet all the people who don’t have someone to talk to,” says Karena, who remembers lacking conversations surrounding mental health while growing up in Indianapolis, Indiana. 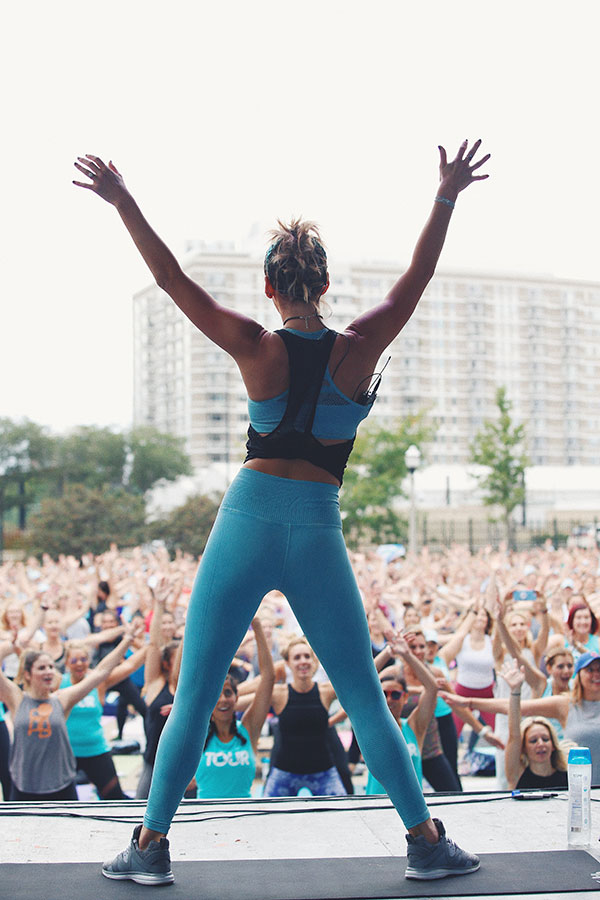 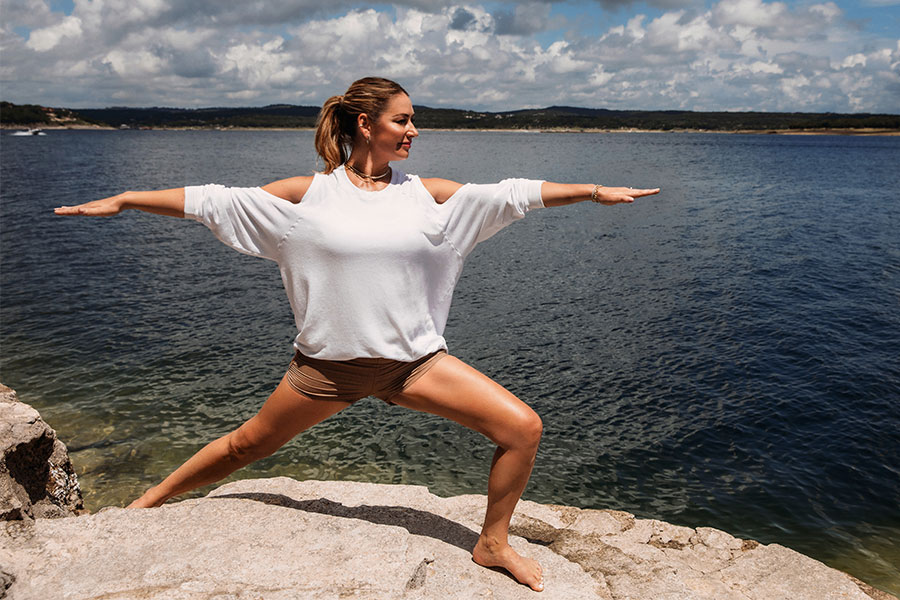 “When I was a little girl,” she says, “No one was talking about mental health. It was very tough.” Karena was just 11 years old when she learned of her mother’s diagnosis of paranoid schizophrenia and depression. She had become accustomed to having her mother leave the house and go missing for days—sometimes months. She recalls the first time they were reunited in a psychiatric ward; not understanding the words the doctor spoke, Karena did her own research in her school library, and reading the definition of schizophrenia, a lot of her experiences began to make sense.

“I didn’t want to talk about it. If I shared it with my friends, they thought I was crazy,” she says. “That’s when I became silent about it and turned to anything to numb the pain.” By age 12, Karena had turned to smoking, drinking, and attending raves. By 13 years old, Karena attempted suicide. The next 10 years were, in her words, a dark hole. “I tried everything not to feel anything,” she says.

"If I shared it with my friends, they thought I was crazy."

It wasn’t until her early 20s that Karena shifted. “I am going to die if this is the path I am on,” Karena recalls. “I thought back to when I was the happiest—when I was a little girl and was active, or when I watched my mom work out to Jane Fonda VHS tapes.”

In 2007, living in Los Angeles, Karena signed up for her first triathlon, committing to four months of training. “I did not want to train every day, but I did it anyway,” she says. Completing that San Diego triathlon proved transformative.

When Karena met Katrina Scott at a Manhattan Beach gym in 2009 the pair set their minds on building the community of like-minded women they had been missing. They have since turned their initial $3,000 investment into a multimillion-dollar brand with over 40 employees and well over four million community members. Though there are many reasons why thousands of women are drawn to TIU, arguably the most prominent draw is the unfiltered realness of its founders—but this wasn’t always easy for Karena.

“I was ashamed, being a fitness person and having a past that was so dark and involved drug use,” Karena says. “But when I started talking about it more, it was really healing for me.” The more Karena opened up, the more her community reached out to tell her they could relate.

When Karena started writing her memoir, she didn’t know it would turn into the movement The Big Silence is today. “I was never going to start a podcast,” she says. “I felt called to it because of all of the messages I was getting from the Tone It Up girls looking for help.” 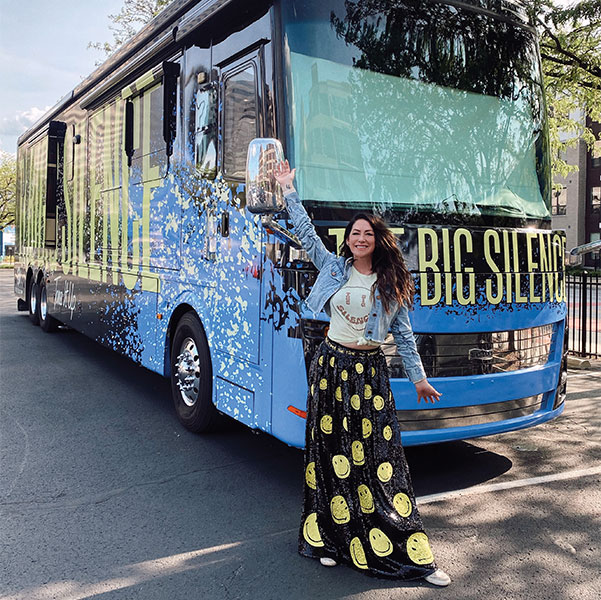 Karena, on tour, candidly sharing her journey with mental health. 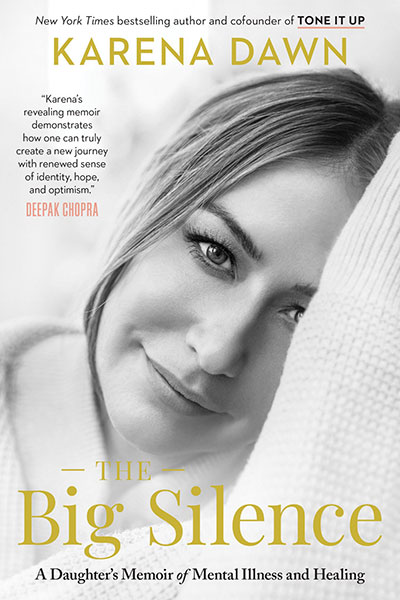 Now, with the book tour under her belt, Karena is focused on recording more podcast episodes and expanding the services of The Big Silence Foundation with corporate wellness and digital support groups. “We are just getting ramped up,” says Karena. And there’s never been a more critical time to help, because as Karena puts it, “Suicide rates and drug overdoses are at an all-time [high] right now,”

Though her mother, Linda Joy Tompkins, lived the vast majority of her life silently suffering with her mental health in fear of the stigma, during the final days of her life Karena was able to vow to her that her story will be shared to help end that silence for many others suffering.

“I am blessed that the disease has skipped a generation and I can now help those who it didn’t skip,” says Karena, who works alongside her sister, Rachel Sahaidachny, to create a society that integrates mental health conversations into daily lives.

“Taking care of your mental health and surrounding yourself with people that are good for you. That is success to me,” says Karena.

How Jacqueline Kasen Used Her Dark Past to Propel Her Success

This Mom-of-Two Upgraded Her Health with Simple Changes