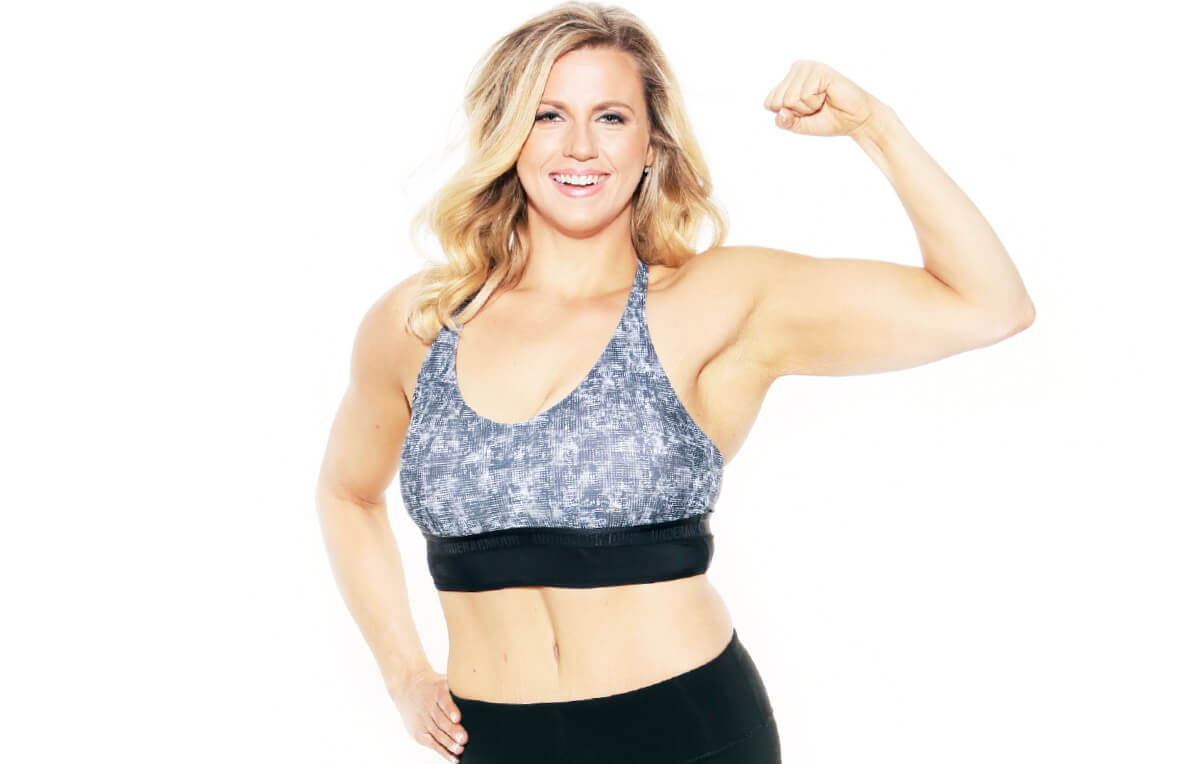 Kari Leonard had had enough. She was overweight for most of her life, but at 29 years old, she was the heaviest she’d ever been: 245 lbs. “I came to a place of pain—miserable pain,” says Kari. “I wasn’t meant to live feeling this way, and something had to be done.”

This was a defining moment in Kari’s decision to making real changes in her life, although doctors had already warned her she was also on the road to a diabetes diagnosis. In May 2015, she joined an online fitness program, committed fully to clean eating, and in 10 months, she was down 70 lbs.

Through the program, Kari’s mindset changed when she learned about strength training and fueling for body composition, but when her coach suggested she compete in a bikini competition, Kari was floored. “I was like, ‘Me? Yeah, right!’ I had never even worn a bikini before in my whole life.” But eventually, with some sweet talking from her coach, she agreed to the idea.

Prepping for competition meant dropping an additional 20 lbs, but once she stepped on stage she knew it was worth it. “I crushed every single obstacle, night of tears, and depressive thought,” she remembers. “I walked out there 30 years old, extra skin on my stomach, and a bikini that fit in a sandwich bag.” Kari won her division and qualified for the 2017 world championships.

After the show, Kari stuck to her workout regimen, but something was eating away at her. “The extra skin on my stomach was a special kind of torment for me,” she explains. After the sweat and dedication the transformation took, she felt frustrated she couldn’t get to a place where she felt proud to show her whole body.

In February 2017, after months of contemplating, Kari decided to undergo a tummy tuck procedure to remove her excess skin. “It was a difficult decision to come to. I believe in our culture’s growing message to ‘love the skin you’re in,’ but the hanging skin hid all the work I had put into creating the body of my dreams,” she says. Her decision received mixed reviews: “People would comment things like, ‘I wouldn’t do that before having kids,’ or they’d ask if I was sure I could keep the weight off.”

“I went from an obese woman to an athlete in 18 months, and took
it further to be able to show off the body I had worked so hard for.”

But in the end, she knew it was what she wanted. Kari gave the doctors special instructions to leave her hard-earned abs alone (surgeons will typically suture the “six-pack” muscles during this procedure—due to pregnancy or weight loss, the abs have a tendency to “pooch out” after being stretched and are unable to return to their previous state) and cut solely the additional skin. Nine inches of skin was removed in total, and Kari admits the recovery process was brutal: “You walk at a 90-degree angle for 10 days due to skin tightness. Your lymphatic system is destroyed and has to heal itself over the months following.” Not wanting her fitness to wane, Kari attempted getting back in the gym after just five weeks, but the strain caused major inflammation and fluid retention in her body. She accepted that what her body needed was sleep and adequate time to recover.

After recovery, Kari set a goal to book a photoshoot to fully own her transformed body. Doubt crept in as her body retained fluid, but she couldn’t give up. “Those close to me would say, ‘Kari, is your goal to look absolutely perfect in every photo? Or is it to speak to women that may be where you were, and show them a body that’s a gorgeous depiction of a transformation?’” Kari says she finally saw what everyone else saw in her when she viewed the photos: “I believed I was beautiful, full of life, vibrant. I went from an obese woman to an athlete in 18 months, and took it further to be able to show off the body I had worked so hard for.” 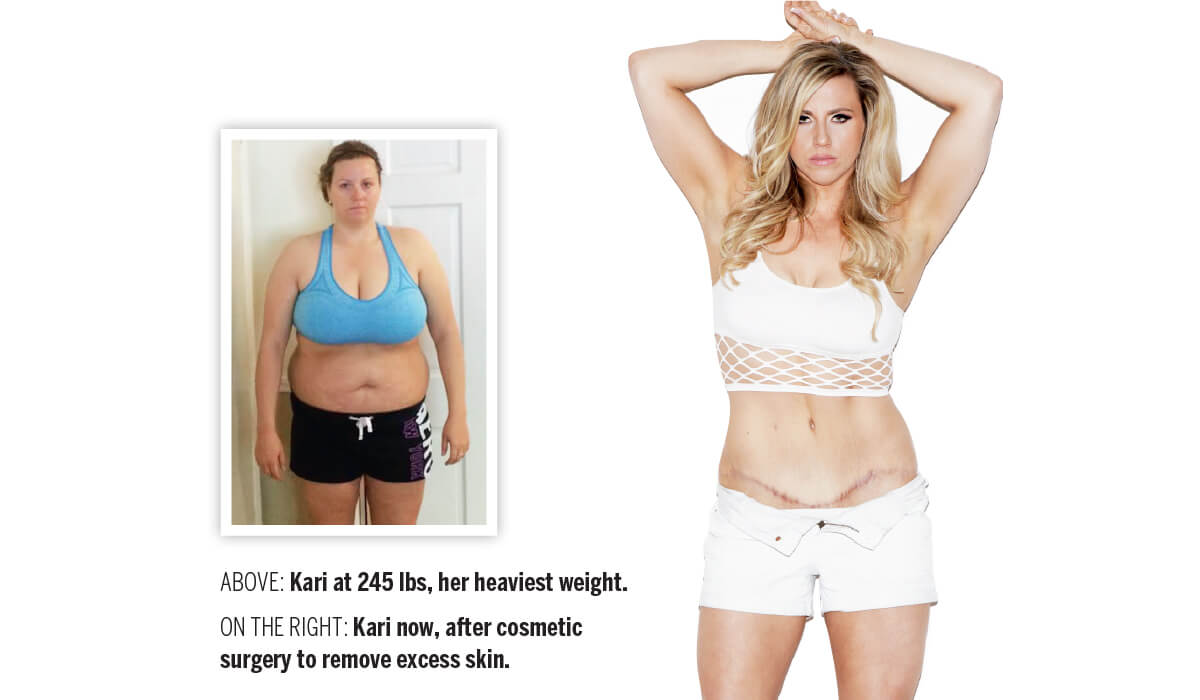 1. Don’t do it because you’re seeking perfection. “My body isn’t perfect. If that’s your reason, it won’t take long before you find something else that’s imperfect.”

2. Be your own decider. “People will have something to say either way. Did they bust their ass in an obese body to transform their life? Do this for you.”

3. Stay open. “In my most recent photoshoot, I took a picture with my scar showing and posted it to tell everyone that this is who I am. I have doubts and fears, but I never let them stop me, and neither should you.”