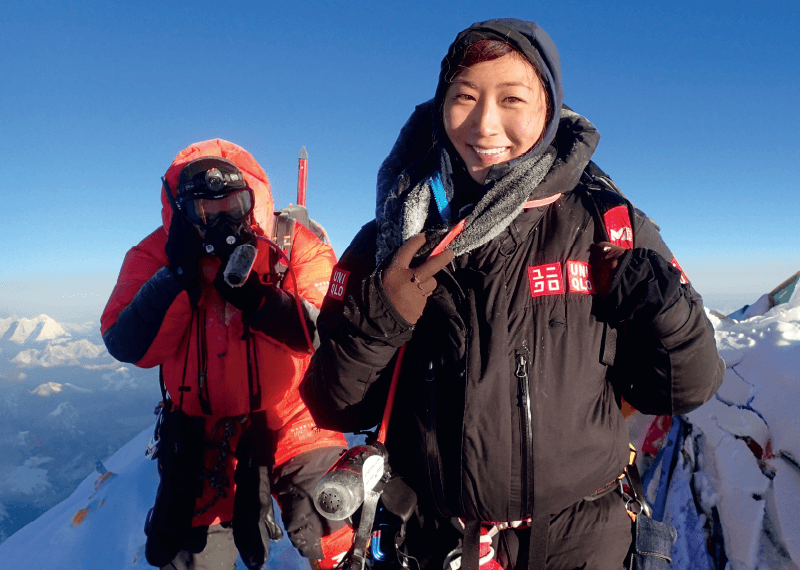 “While I was falling off the mountain, I screamed, ‘Please God, I don’t want to die yet.’ And right after I screamed that, I stopped,” says Marin Minamiya, 20, as she recalls her near-death experience on Japan’s Mount Amida in 2015. “Ever since then, I believe that mountains have this stronger power that humans can’t really explain.”

She had just graduated high school a few days prior, and the climb up Amida was part of her training for Mount Everest. After reaching the peak, she and her team were descending the mountain quickly as the sun was setting. She was the last climber following the group down a 12-inch wide ridge on the 2,746-foot mountain when a loose chunk of snow sent Marin off the cliff. “Although I was falling like I was on a rollercoaster, I remember every single second like a slow-motion movie.”

Marin fell more than 800 feet before her body came to a stop in the middle of a steep slope. Miraculously alive and with no fractures or broken bones, she continued climbing down for hours before digging a hole to protect herself for the night. Twenty hours later, she was rescued by helicopter. “I had to spend a night alone in the mountains. Complete silence, extreme cold. But I knew I was going home. I knew the mountains.”

Marin first discovered a love for mountaineering at just 13 years old while on a trip with some friends and teachers from her school in Hong Kong. Despite her youth, she knew in that inaugural two-day climb it was where she belonged. From that day, she dreamed of conquering Everest. “I learned so much about myself from just a peak in Hong Kong,” says Marin. “I thought, what would I learn by climbing the highest peak in the world?” 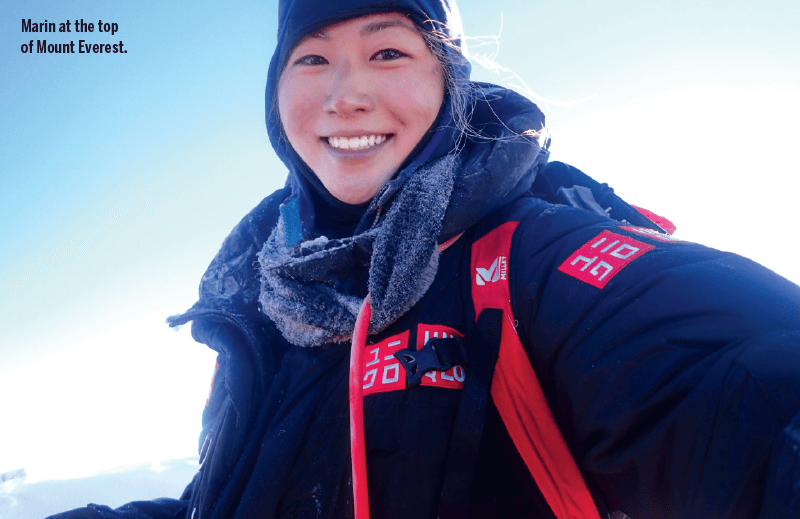 With that, Marin set out to find herself atop the world’s highest vantage points. Years later, at 19 years old, she achieved her dream of climbing Mount Everest, becoming the youngest Japanese person to do so. And now, she is on the verge of completing the prestigious Explorer’s Grand Slam, in which individuals climb the highest peaks on all seven continents, known as the Seven Summits, plus expeditions to both the North and South Poles. It’s so difficult, and seemingly impossible, that to date only 51 people have completed this challenge. Marin was determined to become the 52nd. “A dream to climb Mount Everest turned into a dream to climb the Seven Summits,” she says. “Which turned into a dream to complete the Grand Slam.”

“Climbing is a tool for me to see my weaknesses and face my inner self.”

For Marin, preparing for each ascent begins on the ground. The endurance necessary to complete 10 hours of climbing a day requires Marin to train intensely, wearing three weighted vests (approximately 22 lbs each), while she walks two hours on the treadmill at the highest incline. For the hike to the North Pole, Marin spent hours sled training to be able to pull a 176-lb sled for up to eight hours a day on her journey.

It’s not just the mountains that have proved challenging for Marin. Along with the grueling training, harsh conditions, and life-threatening scenarios, sexism and inequality are still common in the male-dominant sport. Marin has been subjected to both throughout her years of climbing, including being told she wouldn’t succeed because she was “just a highschool girl,” and even being attacked in her tent by one of her sherpas.

But instead of being a deterrent, these obstacles only pushed her harder towards her goals. At the time of this article, Marin was trekking through sub-zero temperatures on her way to the North Pole, her final expedition towards completing the Explorer’s Grand Slam. After graduating university this spring, Marin plans to dedicate time to speak directly to young girls about the importance of following your dreams. “In getting to achieve your dreams or goals, there will be many obstacles,” says Marin. “But no obstacle is big enough for you not to be able to climb it.” 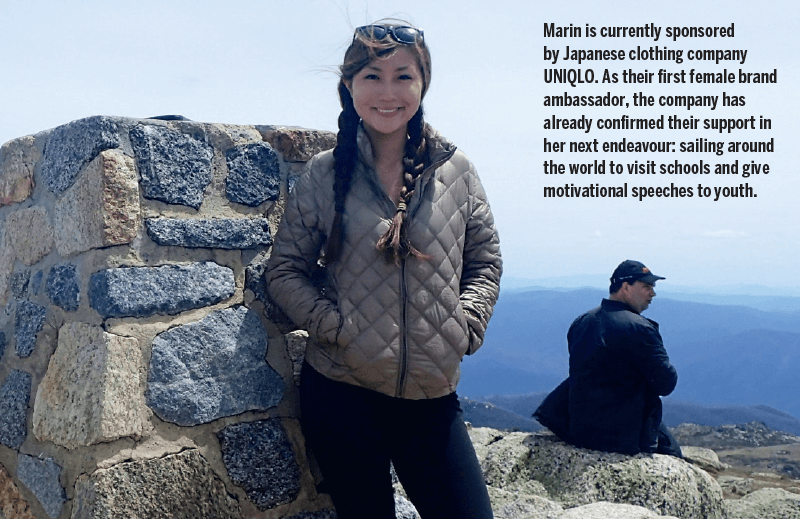