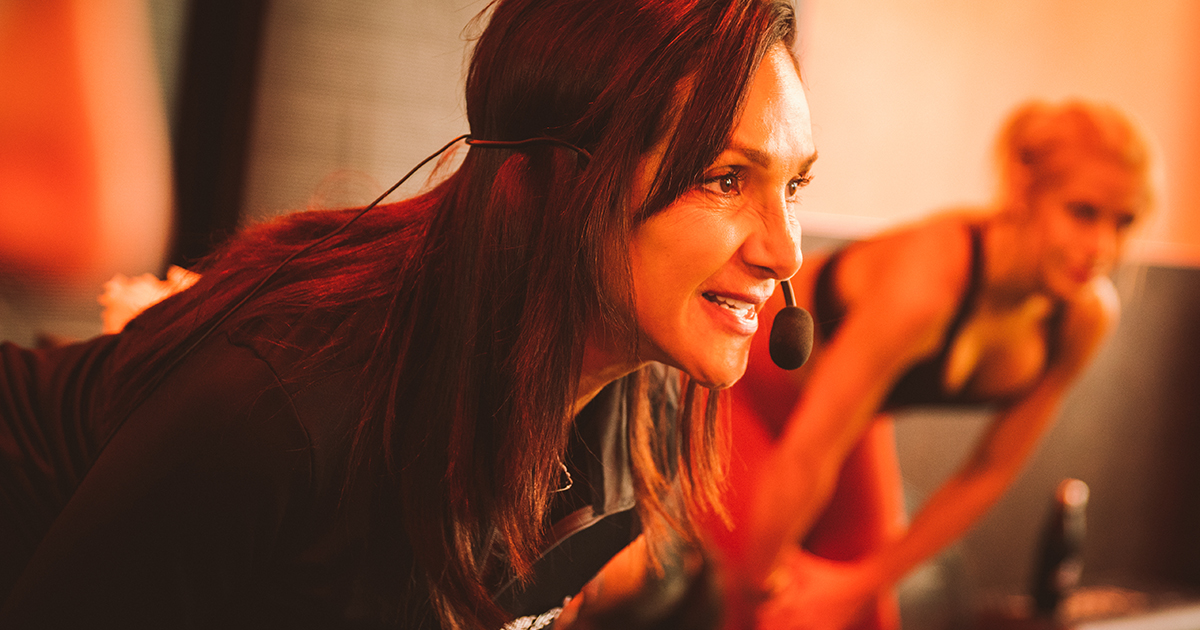 Photography by Ian Jacob Photography on behalf of Orangetheory Fitness

Eight-year-old Ellen had just skated around the last bend of the rink when the organizers began picking up the orange cones—she’d come in dead last. She was just about to hang her head and feel sorry for herself when her dad came running towards her with a larger-than-life smile on his face. “Did you see how you took those turns?” he exclaimed, as though she had just won the whole race. This was typical for Ellen’s father, Arthur—he lived by the motto: Momentum shifts up.

Arthur was a football coach and Phys. Ed teacher at the local high school in Niagara Falls, NY, and although he earned a modest salary, he believed himself to be the most successful man on the planet. And for Ellen, now decades later and the co-founder of Orangetheory Fitness, a company that saw $1.14-billion revenue in 2020, she’d have to agree. “I thought about what I wanted to be when I got out into the big, bad world and I decided I wanted to be my father,” says Ellen, who recently celebrated her 65th birthday.

With that, Ellen earned her Bachelor of Physical Education followed by her Master of Exercise Physiology. By 40, she had made a name for herself as a fitness expert appearing across several TV programs and landed her dream job at a prestigious wellness clinic near Fort Lauderdale, FL doing what she loved—inspiring movement in others. 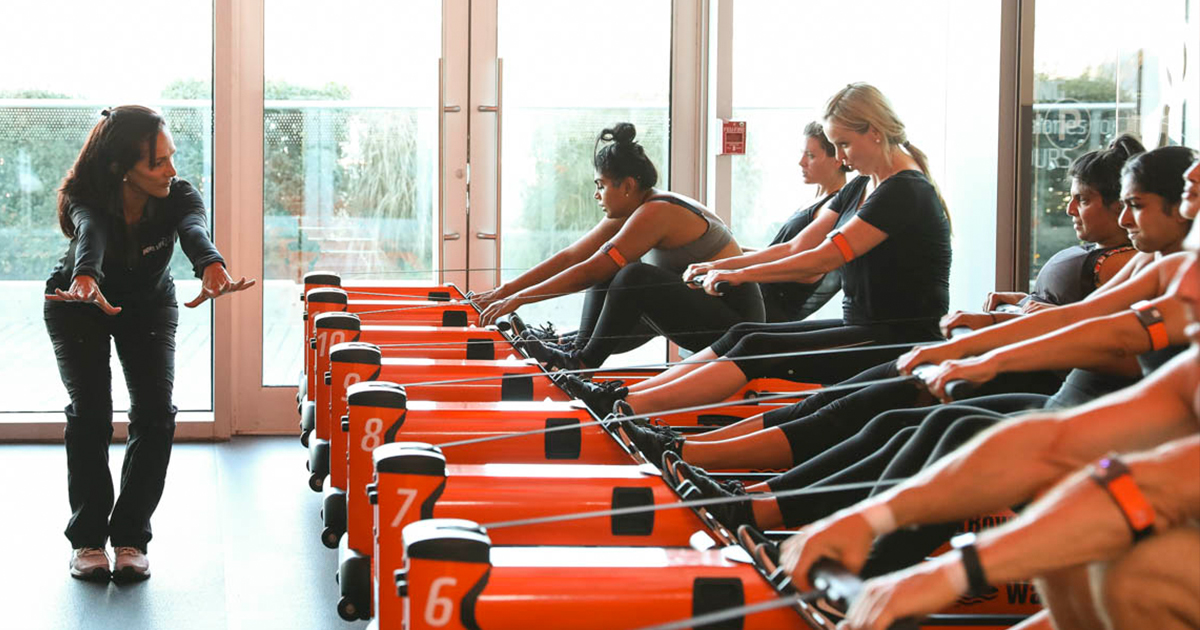 In 1996, on a morning just like any other, Ellen dropped off her nine-year-old son, Evan, at school before heading into work. She remembers pulling into the parking lot and saying hello to her regular clients, but her clear memories of the day end there. What overshadowed the remainder of the day’s events was being pulled into her boss’s office, where she was fired. To say Ellen faced uncertainty in that moment as a single mom in her 40s would be an understatement. “It was like a punch in the gut,” she says. “But you soon come to realize, when the initial pain subsides, that there are only two options: Either you’re going to give up or push through it. So which road are you going to take?”

Ellen decided to push with everything she had. Over the next year, she worked out of a spare room in her house, training Pilates clients from 6 a.m. to 9 p.m. But eventually, as her business grew, she knew she needed to expand. Ellen secured an 1100 square foot studio space that fit 10 Pilates reformers, and for three years, she grew her clientele and received incredible feedback. However, her clients began to wonder what types of workouts they should be doing in between Pilates sessions to boost cardio. So Ellen, ever the innovator, secured an even larger studio space and began developing a metabolic workout for all fitness levels.

“You soon come to realize, when the initial pain subsides, that there are only two options: Either you’re going to give up or push through it. So which road are you going to take?”

Dubbed Ellen’s Ultimate Workout, the treadmill, rowing, and strength training class exploded. Though she admittedly didn’t know much about franchising at the time, in 2010 she paired up with franchise-savvy partners Jerome Kern and David Long, so Ellen’s ground-breaking methods could reach more clients. “They really respected my many years in this business,” says Ellen. “They listened and that’s what made the partnership so fabulous, and still fabulous 11 years later.” 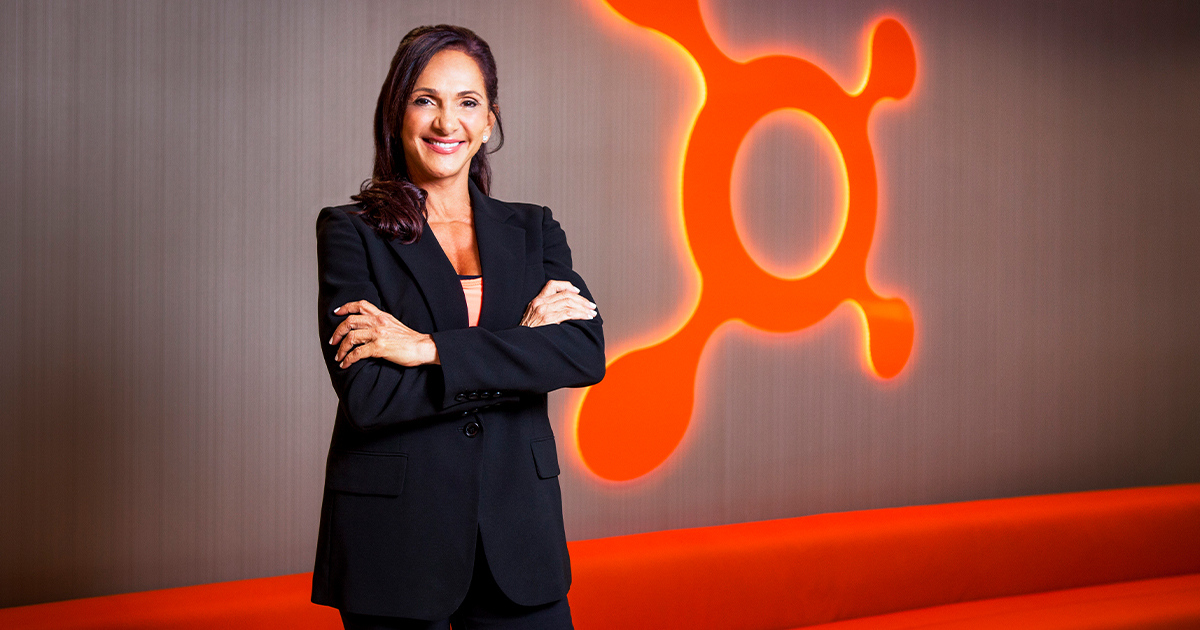 Though the concept was decades in the making, Orangetheory Fitness appeared to be an overnight success to the industry. Studios popped up across America at a break-neck pace, and even earned the title of the fastest growing woman-owned business. Soon, there was international interest and franchisees were inquiring across Canada, Australia, and 22 other countries. In 2016, a new Orangetheory Fitness studio opened every single day of the year.

Even now with 1450 studios, the brand has remained remarkably true to Ellen’s vision, and her leadership and involvement remains top priority. Along with sitting in on weekly workout template meetings, in pre-pandemic days, Ellen was teaching eight classes per week at the original Orangetheory location. And while the company’s popularity and growth are enough to make anyone’s head spin, Ellen keeps it all in perspective, and remembers her original motivation: To be like her dad. “He was so proud with just that 1100 square foot studio,” Ellen says about her father, who passed in February 2004. “I just can’t even imagine what he’d say about what ended up happening with Orangetheory. Though I believe he knows what’s going on up there.”