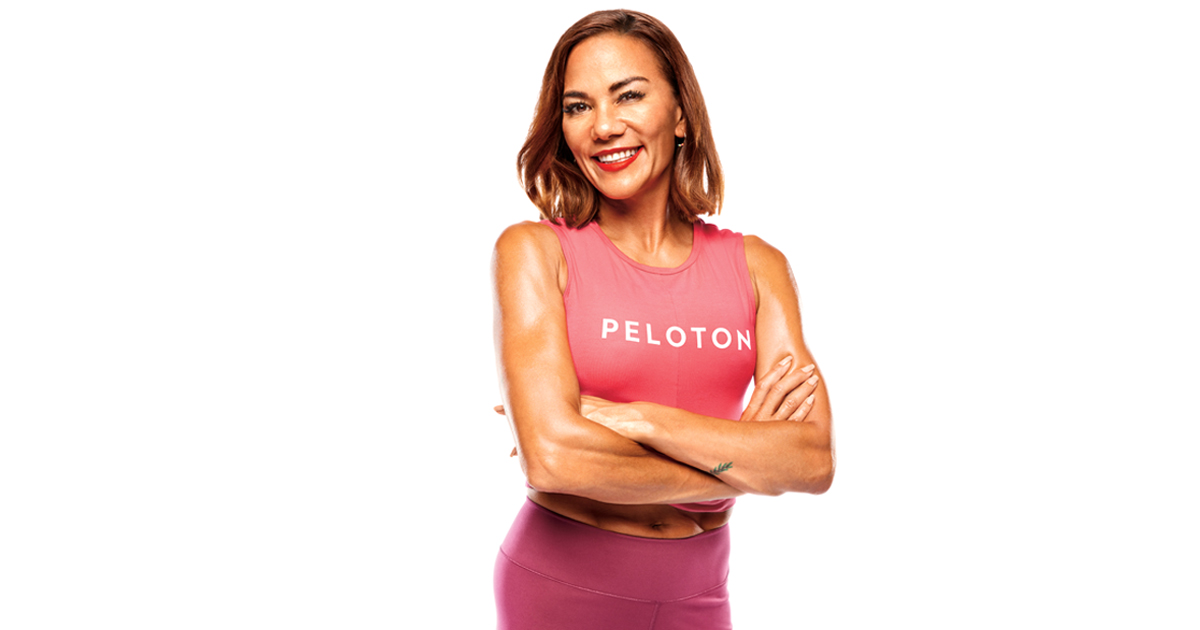 As her brother dragged her to the start line of the Farnham Pilgrim Half Marathon, Susie asked herself: “What is a 35-year-old like me doing here?” It had only been a few months since she turned her partying into PRing at her local bootcamp—and a box of smokes and a glass of wine were still far more familiar than a pair of running shoes.

But against the odds, Susie finished the half marathon. “It was the first time I had ever been proud of something which I have done of my own stead,” she says. “I never had that feeling before and I just wanted more.”  In October 2011, a year after her first race and with more training under her belt, Susie returned to the same starting line and this time, she placed fourth. “I had done so much in a year. I absolutely loved it,” she says. “I threw myself into running and just ran. It became a real positive focus for me.”

As she conquered increasingly difficult races, her career as an exhibitions coordinator for art galleries and museums was left in the dust while she inched closer to developing her running career. Along with a three-time completion of the Marathon des Sables, a six-day ultramarathon through the Sahara Desert, and earning a Guinness World Record for running 12 hours on a treadmill in 2016, Susie established herself as an industry expert, sponsored athlete, and race commentator before leaving her 9 to 5 in September 2017. 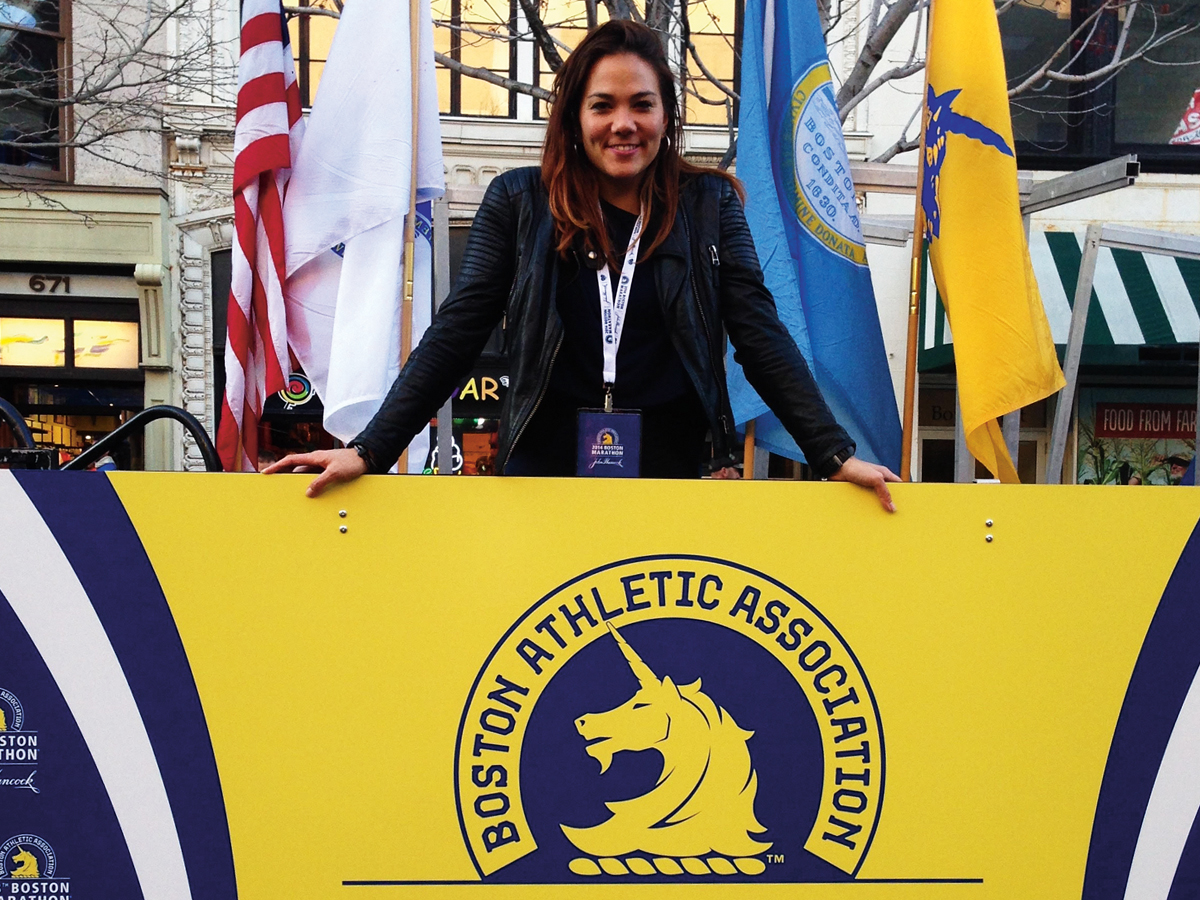 But just a month later, Susie’s new career flashed before her eyes. In October 2017, she was set to run the Chicago Marathon as her final Major Marathon to earn her Six Star Finisher, a title reserved for runners who complete all six World Marathon Majors (Tokyo, Boston, London, Berlin, Chicago, and New York City). As soon as she hit the pavement of the 42.2K route through Chicago’s suburbs, Susie knew something was wrong. At this point, her body was conditioned to handle the toughest climates and longest races, so this ideal race day shouldn’t have left her feeling breathless and weak. She coughed non-stop as she completed the race holding onto her best friend and husband. After crossing the finish line, Susie fainted.

“My approach has always been to see what happens. It’s only running,” says Susie. “What’s the worst that can happen? You stop and have a walk or you don’t finish a race.”

Having assumed she simply inhaled too much sand during her most recent run of the Marathon des Sables, Susie got an X-ray. She was shocked when the doctor diagnosed her with thyroid cancer. “It was quite a strange time for me because I had just given up my career, and I’d never pictured myself being unhealthy,” says Susie. “It all happened quite quickly.” After a successful thyroidectomy, Susie considered herself lucky and got right back to business—her new business. Just two weeks after the procedure, Susie completed a half marathon, along with a succession of other challenging races. “I was very lucky, to be really frank. They spotted it. It’s gone. And I dealt with it by throwing myself into a lot of races. Which perhaps on reflection, I could have taken a little easier,” says Susie. “I think I was doing those races to prove to myself that I was still okay. The whole experience was really life affirming in a way.” 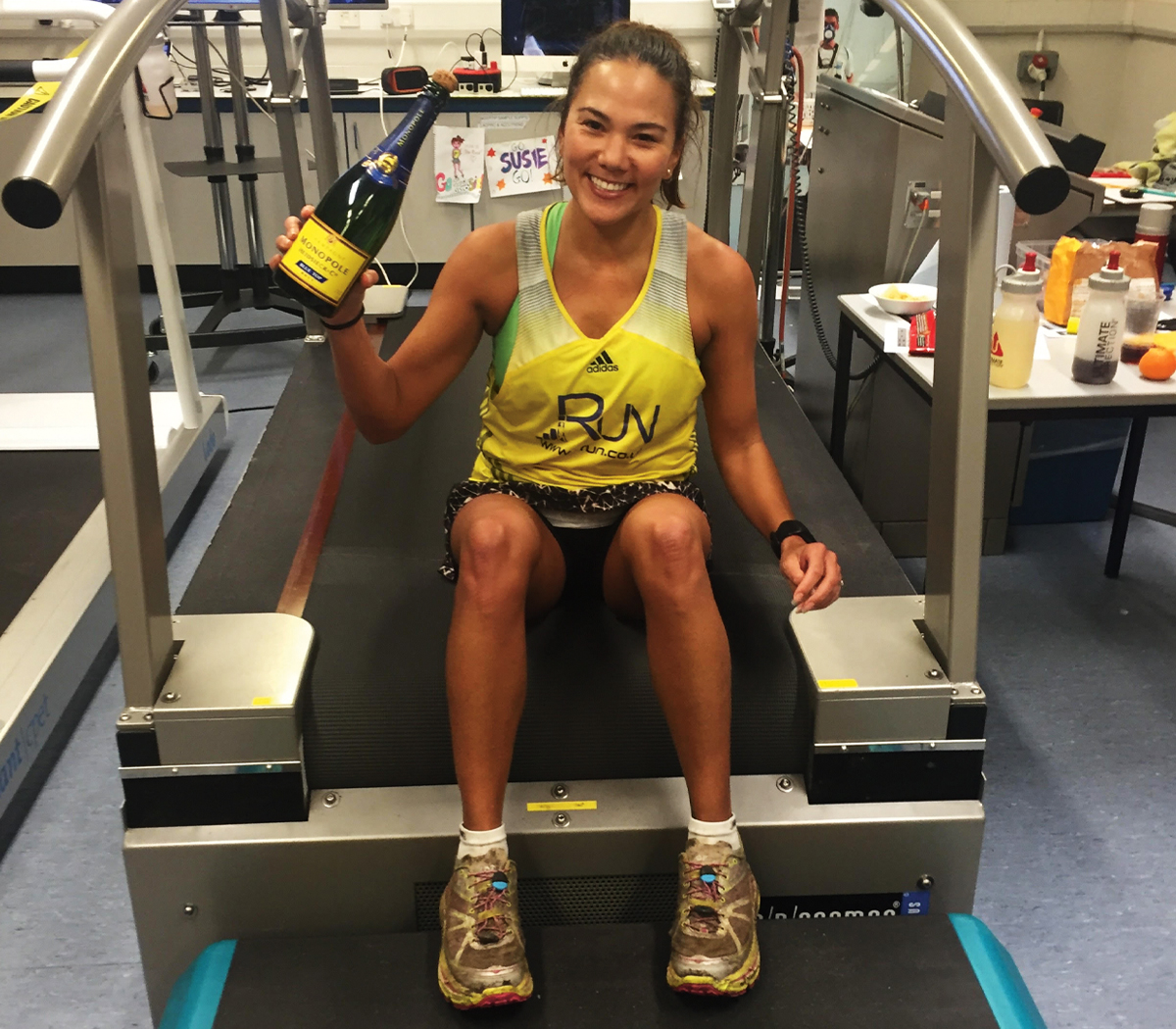 Now, just over a decade after taking her first steps in the running world, Susie shares her love for running as one of Peloton’s newest Tread instructors to the global community of millions, preaching that if she can do it, anyone can. “If you look at my race times, I’m actually quite average,” says Susie. “I’ve had a couple races where I’ve done quite well, but in the grand scheme of things, in the world of running, I’m very average. And to be honest, I think that’s one of my strengths because I’ve been that person who has had to try to run a mile for the very first time and couldn’t do it. I have been that person who has been daunted by it.”

When she steps onto the Peloton Tread for filming, Susie looks directly at the camera and speaks to past versions of herself: The girl who struggled to run for more than five minutes without stopping; the girl standing intimidated at her first starting line. No matter where you are in your running career, Susie has been there, and not all that long ago. “If I can do it, anyone can do it,” says Susie. “It’s an attitude… it really is a state of mind.”