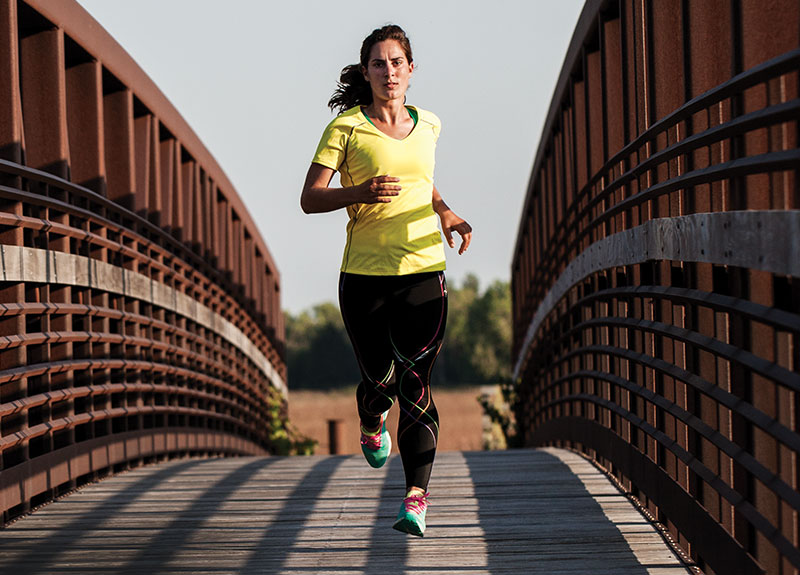 For more than 3,000 miles and 150 days, Christina Lee ran across America for a cause. What she discovered at the end of the road was more than she ever expected to find.

When you’re running on the open road with nothing between you and your thoughts but the sound of your breath, things can get pretty real, and fast. For 23-year old Christina Lee, who ran more than 3,000 miles across America between July and December last year, that’s exactly what happened. “I’ve learned so much about how—not necessarily what—I think about the world,” says Christina, who started the trek in New York and ended up in San Francisco. “When you’re out on your own for five months, you have a lot of time to be in your own head. I think there were a lot of old hurts and resentments and regrets rattling around in there, and I finally had the time to kind of pick them up one by one and look at them, understand them and make peace with them.”

Her goal was to raise money for the Navy SEAL Foundation, donated in the name of SEAL David Collins, and draw attention to the organization, which she ultimately did, collecting upwards of $60,000. But what she didn’t bargain for, was the mental battle she’d have to power through in order to come out the other side a stronger version of herself. “Lifting weights is hard. Running across the country is pretty tough, too,” says the San Jose resident, who graduated college just a few weeks before embarking on the run. “But neither compare to the endurance it takes to face a world that tears you down constantly, and to meet it day after day with the phrase, ‘I am enough’.”

Prior to the run, Christina says she was a recreational athlete at best, having played soccer most of her youth, and eventually working her way up to her first marathon while in college. “I wasn’t particularly fast, which always surprises people,” says Christina. “They assume that someone who’s running across America must be a natural born runner, but it’s actually the complete opposite; everyone I know who has done it is really just a normal runner with a not-so-normal running goal.”

“Lifting weights is hard. Running across the country is pretty tough,
too. But neither compare to the endurance it takes to face a world that
tears you down constantly, and to meet it day after day with the
phrase, I am enough.”

Over the years, to family and friends, Christina had voiced her desire to make a cross-America run, although back then it was more of a “some day” scenario than anything else. But in June 2013, as she introduced herself on her first day of a new internship, she found herself saying to a room full of strangers: “Hi, my name is Christina, and a fun fact about me is that I’m planning to run across America next year.” That changed everything. “Mentally, it was the shift I needed to take the trip seriously,” she says. A year later, she set off on the first day of her 150-day run, with nothing but the clothes on her back and a 70-lbs running stroller she aptly named Thor, loaded with food, a tent and supplies.

Her training was sufficient—hardly rigorous—as her plan was to conserve her body and energy in the weeks leading up to the run. “The singular goal of my training was to get my body to the point that it wouldn’t succumb to overuse injuries,” says Christina, “so I tried to do as little training as possible in an effort to keep my body fresh, but still injury-proof.”

For the most part, her plan worked, and she finished the cross-country journey on December 6 in
San Francisco relatively unharmed (besides a minor tendon injury). But there were moments that
were especially physically grueling, including entering Wyoming, where she encountered such strong headwinds, she thought her body, and mind, might give out. “I felt like a little toy sailboat being
thrown around in a hurricane, cresting one wave and struggling to grab a quick breath of air before being thrown down into the trough of the next one,” recalls Christina. “Physically, it was the most exhausting thing I’ve ever done, and mentally, it was the most taxing thing I’d ever experienced, so together it was just misery.”

On the toughest days, Christina says that donations to the foundation, support via social media from friends, family and fans, and just the simple reality that she had made a public promise to finish the journey were enough to push her forward each day. “Committing purposefully was the hardest part, because it was scary to put myself out there,” she says. “But after that, the mental part was pretty easy because it was exactly one thought I maintained unwaveringly: that I would do it. I never entertained any ideas about not finishing.”

When all was said and done, Christina says she realized that she had run over 3,000 miles not only towards her goals, but towards the woman she had hoped to become. “I took those five months to practice some of the traits that I most admired in others. And I feel like now, when I do things, I do
them with much more purpose. I’m still Christina, but I’m a much more conscientious version of myself, and I like it.” 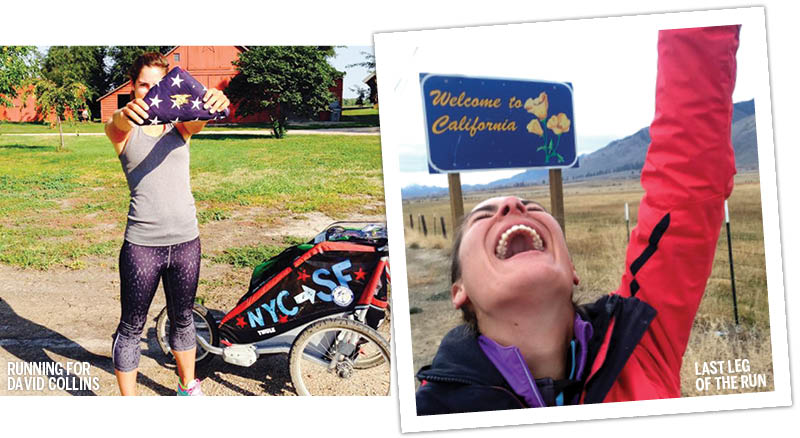