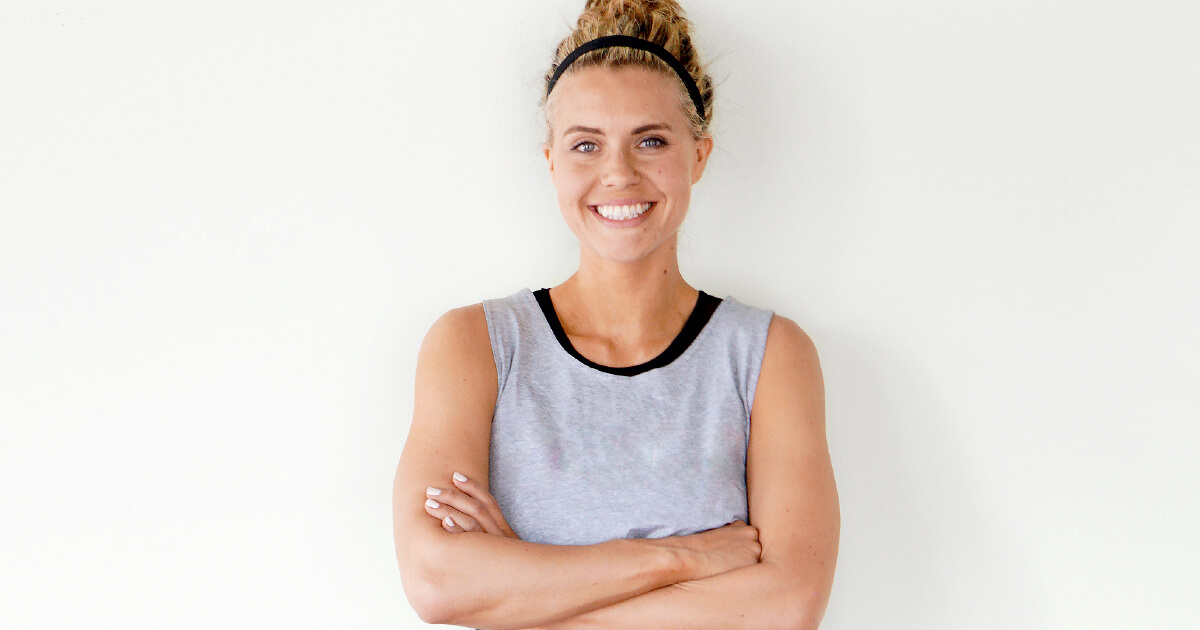 In September 2017, 34-year-old Danae sat at her computer watching a live Facebook video. Fitness photographer Paul Buceta was about to select one name as the winner of a photo shoot, a coveted prize among professional athletes, models, and everyone in between. When Danae’s trainer suggested she enter her name into the contest, she says, “I laughed at the idea. I had never even been fit enough to feel confident in a bathing suit. How did a photo shoot make sense for a mom like me?” Danae anxiously awaited the results, and when she heard her name called, she was in complete shock.

Throughout her life, Danae’s weight fluctuated as she dealt with major events such as recovering from a serious car accident, working towards scholarships for collegiate-level soccer, the devastating loss of a family friend, and navigating her roles as a wife and mother of two young girls. But in 2008, reaching upwards of 200 lbs, she didn’t recognize the person she had become. “I was embarrassed and disappointed. I didn’t look strong or confident,” she says. “Food became a crutch.”

Frustrated, Danae enlisted the help of a trainer, who in the summer of 2017, encouraged her to commit to a goal she could work towards: a photo shoot. Around this time, the first STRONG Fitness Magazine Transformation Challenge was announced, a get-fit contest with over $2500 worth of grand prizes. As an additional way to stay motivated, Danae entered the Transformation Challenge and sent in her “Before” photos.

Twelve weeks of intense workouts, clean eating, and support from her hometown gym and other Transformation Challenge participants in a private Facebook group catapulted Danae’s success. “I was getting strong. Not only physically, but mentally and emotionally,” she says.

“The holidays were the toughest, but I just kept telling myself, ‘You can do anything for 12 weeks.’” By the end of the Transformation Challenge, she had gone from 26 percent body fat to 17 percent and dropped four pant sizes. But it wasn’t just her body that changed. “I let go of the ‘mom guilt’ of working out and taking time away from my family, and I noticed a change in my girls, too. They were begging to work out with me. I was proud that they wanted to be strong and fit.” 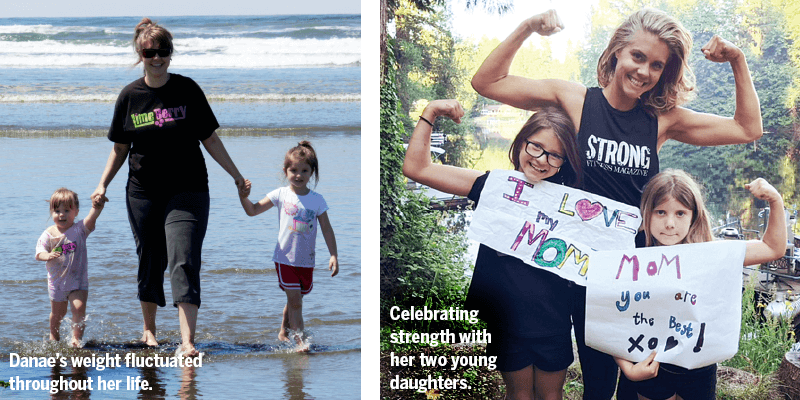 “I never expected to finally find my groove at 34 years old.”

Danae submitted her “After” photos in December, and was shocked by how far she’d come. “I remember looking in the mirror and thinking, ‘I can’t remember a time I’ve ever felt this good,’” she says. And STRONG Fitness Magazine president Kim Gunther agreed. “Danae was the clear winner. She showed determination and perseverance throughout the Challenge and her physique showed significant changes.” When Danae learned she was the grand prize winner, she was in disbelief. “I’m pretty sure I started shaking,” she says. “I’ll probably remember where I was when I got that email for the rest of my life. It was such an accomplishment to have worked so hard for something, and to win.”

Danae credits her success to consistency and has continued many of the habits that put her in the winner’s seat. She doesn’t let anything stop her from getting to an early-morning class at her gym, and she loves to mix up her workouts so she never gets bored. She works with a nutritionist who has adjusted her meal plans now that she’s not working towards a photo shoot any longer (“I’m working towards building muscle, now.”), and she views the gym as a place she can feel confident and accepted, something she struggled with before the Transformation Challenge. “I never expected to finally find my groove at 34 years old,” she says. “Feeling strong is amazing, but the confidence that comes along with it is life changing. This is the new me.”

And as for her photo shoot? “I think every woman on the planet should experience a photo shoot,” she says. “It’s extremely empowering.”