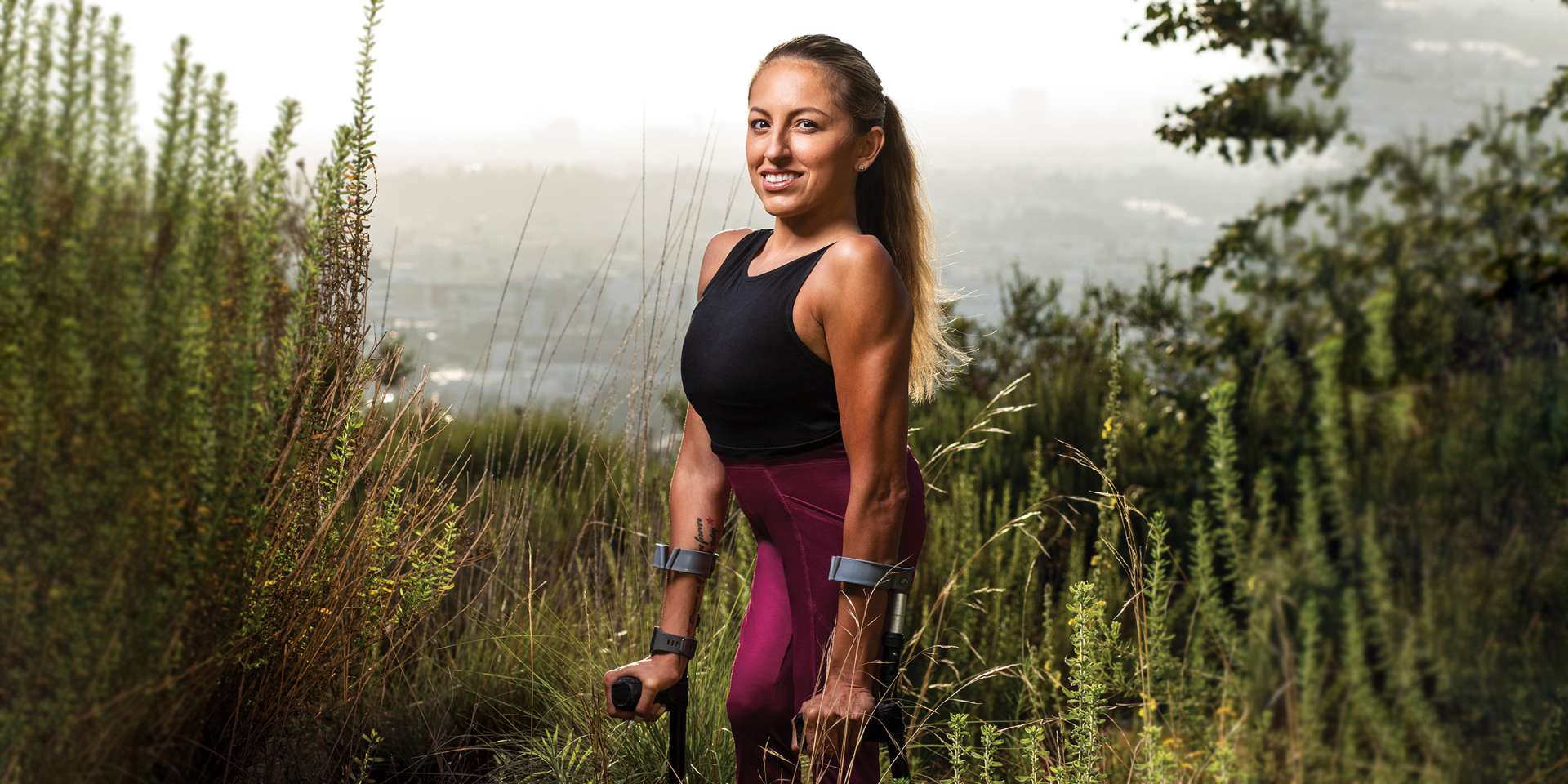 When you look at Misty Diaz’s athletic accolades, it’s hard to imagine that at one time, doctors thought she may never walk. Born prematurely and with the most severe form of spina bifida, myelomeningocele, her spine completely damaged at L5 vertebrae, they predicted both her mobility and growth would be significantly impacted.

Spina bifida is a birth condition that occurs when the spinal cord doesn’t form properly. Although doctors aren’t entirely sure what causes it, spina bifida affects approximately 2000 newborns in the United States each year.

But even as a baby, it seemed Misty was a born fighter. At just a few days old, she survived the first surgeries to repair her spine and rebuild her tiny, exposed organs. However, she refused to let her condition define her story. 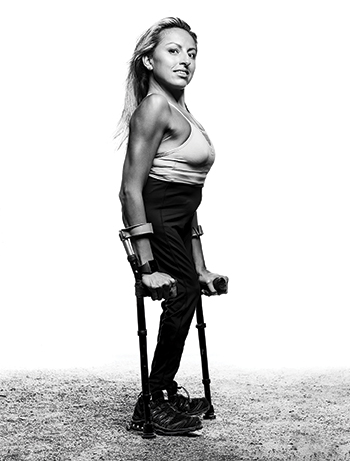 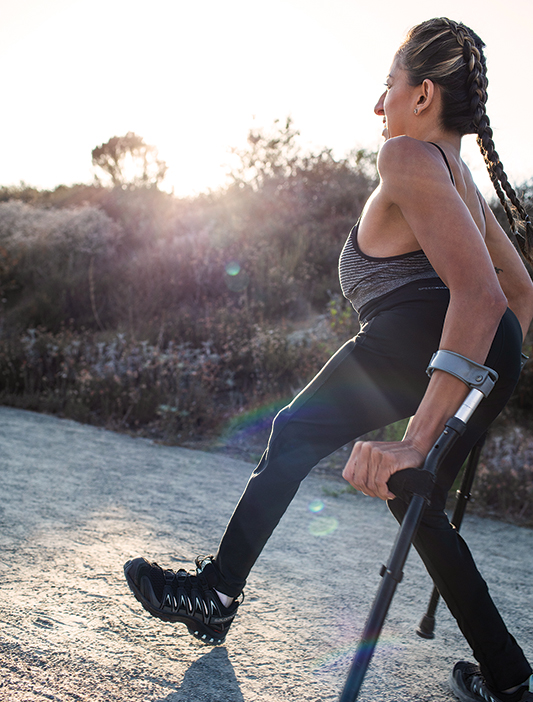 Fast forward to present day, and Misty has run over 70 Spartan obstacle course races around the globe, as well as 150 other races varying from 5ks to half marathons—she completed her most recent half marathon in New York, with a finishing time of 3:22, a personal best. And while she could run in a different class for adaptive athletes, she prefers to compete at the same level as everyone else. She even became the first woman to complete the Red Bull 400, the world’s steepest 400-meter race in Whistler, BC, on forearm crutches. “It’s amazing to be seen as an athlete—because I am,” she says. “Yes, I make adjustments, but don't we all? It’s important to be accepted and seen for my true potential, and not for my ‘disability,’ but instead, for my hard work and efforts.”

In addition to being a force on the course, she dominates in the weight room, too, bench pressing more than her own weight, to keep her body strong. “I’m healthy,” she says. “It’s crazy to say that, but I’m healthy.”

Of course, she hasn’t always been accepted by other people or her peers. Although Misty thrived in school and any extracurricular she tried (two of her favorites being piano and gymnastics), the vast number of surgeries meant she was frequently absent from school, making it extremely difficult for her to build relationships with her peers. Looking different from the other kids only made matters worse. “Why am I the only one who looks like me?” she would ask herself.

By the time she was in her early 20s, Misty had undergone 28 surgeries, the last one resulting in complications that required a painful recovery, including morphine. The constant pain and inability to work meant she was forced to give up the apartment and service dog she could no longer afford. Battling deep depression and an addiction to the painkillers, Misty says at times she lost the will to live. Something had to change.

The determination to be happier and to live a full life propelled Misty’s recovery. She started by doing chores for friends she was staying with, which forced her to walk more than she was used to. Soon, she was walking more and more each day, and after years of living just minutes from the ocean, Misty walked for the very first time to the beach. “I was so happy—the kind of happiness from your gut,” says Misty, about finally making it to the ocean on foot. “ I realized with a little daily effort and staying consistent with walking,
I could reach any goal.”

And Misty’s goals just kept getting bigger. She signed up for her first race, a Ronald McDonald House Charities 5k. Less than two years later, Misty had progressed to her first obstacle course race, and became hooked. Now hundreds of races in, she holds four American adaptive athlete records in the Spartan obstacle course races, which is known for having some of the toughest courses in the world. “I wanted to keep challenging myself and pushing my strengths.”

“It's amazing to be seen as an athlete—because I am.”

Today, Misty’s story touches the hearts of young people like herself all over the world. She has developed a passion for public speaking, and speaks at many of the races she competes in. She’s also working towards launching her own fitness app. Tapping into her love of beauty and fashion, Misty shares her message that anything is possible through modelling campaigns with beauty site IPSY, her Am Adaptable lipstick collaboration with REALHER Cosmetics, and on social platforms using her hashtag #SpinaBeautiful.

Misty aims to be the role model she didn’t have growing up so she can inspire others, with or without a disability, to prove how limitless they can be. Her next venture? To be the first adaptive athlete on forearm crutches to climb the Empire State Building. “I can adapt to anything.”