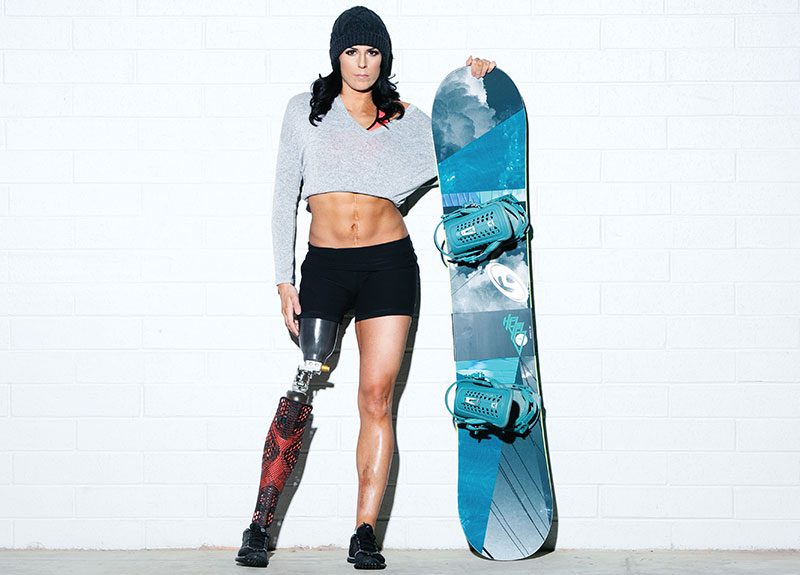 A nearly fatal crash took her leg, but Michelle Salt refused to let it steal her dreams.

It was a warm day in late June 2011, when Michelle and her friends decided to take the scenic route home from an afternoon of motorcycle riding in picturesque Bragg Creek, a provincial park in southern Alberta. Having just purchased her new bike only weeks before, 26-year-old Michelle was excited to fulfill her long-time dream of riding the open road. By all accounts, life was good: she was a competitive snowboarder and fitness competitor, she had love in her life, an abundance of friends and family, and was enjoying a promising career in real estate. The furthest thing from her mind was that it could all be taken away in a heartbeat. But it nearly was. “The last thing I remember is passing a red car, then waking up three days later with tubes breathing for me.”

She had lost control of her motorcycle and instinctively hit the brakes. The sudden stop in force caused her bike to flip, hit the guardrail and sent Michelle and her bike cartwheeling in mid-air, the 500-pound machine landing on top of her. The impact broke almost every bone in her lower body, gave her a punctured lung, a bruised spleen and a severed femoral artery, causing her to nearly bleed to death. Her battered body was airlifted to a hospital, and for the next seven days, was on life support with a slim chance for survival.

“I allowed myself to dream about the things I was going to do
when I could walk again.”

Within hours of the accident, Michelle was given 28 units of blood and underwent five surgeries, one of which included the amputation of her right leg, eight inches above the knee.  When she woke up, she was surrounded by friends and family who were there to assure her she still had a full life to live. There was no time to wallow. “When I was still in the ICU, unable
to talk because of the breathing tubes, my family prepared me for my new life by telling me I was destined to do big things,” she says. “By the time the tubes came out and I found out about my leg, the fire was burning and I was ready to set some big goals for myself.”

For the next five months, Michelle lived at the hospital, undergoing rehab and healing. “It was tough always being around people who were injured and pushing through rehab,” says Michelle, “but I tried to keep a positive attitude and allowed myself to dream about the things I was going to do when I got out and could walk again.”

Within a week of leaving the hospital, she was back at the gym getting to know her new body, pushing herself towards her goal of getting back on her snowboard and perhaps someday, making a return to the fitness stage. “I knew in order to do the things I loved again, I would have to regain my muscle and be the healthiest I could be,” says Michelle. “I went from 128 lbs to 83 lbs in three weeks following my accident, so I had a lot of work to do.”

Three years after her crash, Michelle’s life became a living story of success and inspiration: she earned
a spot on the Canadian Snowboard Paralympic Team—becoming the first female to do so. In February 2014, she competed in the Winter Paralympics in Sochi, Russia, placing ninth. And last November, she found herself back on the fitness stage, placing Top Five and making waves online after posting her stage photos to her social media pages. Within hours, her images were viewed more than four million times.

Despite the enormous response her story has received from the fitness community, Michelle, now 29, says she has no plans to compete in fitness again. As she looks to the future, her sights are set on some unfinished business: earning a place on the Paralympic podium in snowboarding.

Currently, she’s training hard to stay conditioned for her sport, and isn’t taking a second of it for granted. “Mobility is a privilege,” says Michelle. “Before my accident I was always that person who would complain about having to go outside to grab my phone from the car or not being able to find a good parking spot close to the door. But I have learned to appreciate my ability to walk even though it can be exhausting and painful. I have learned that our bodies are capable of almost anything. It’s our mind we need to convince.” 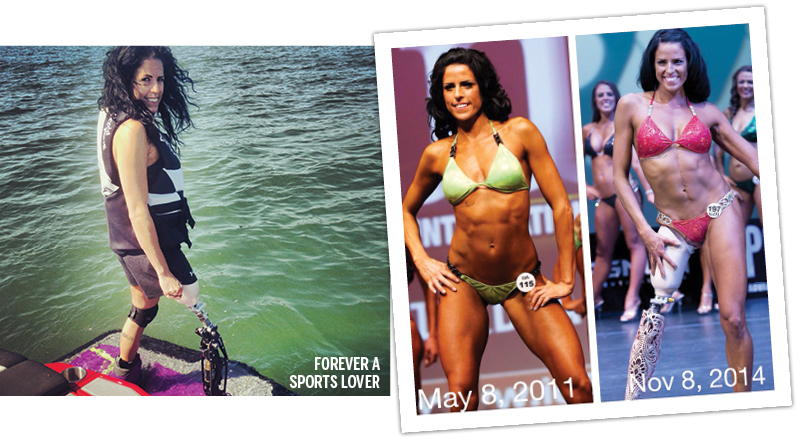 “I have learned that our bodies are capable of almost anything.
It’s our mind we need to convince.”