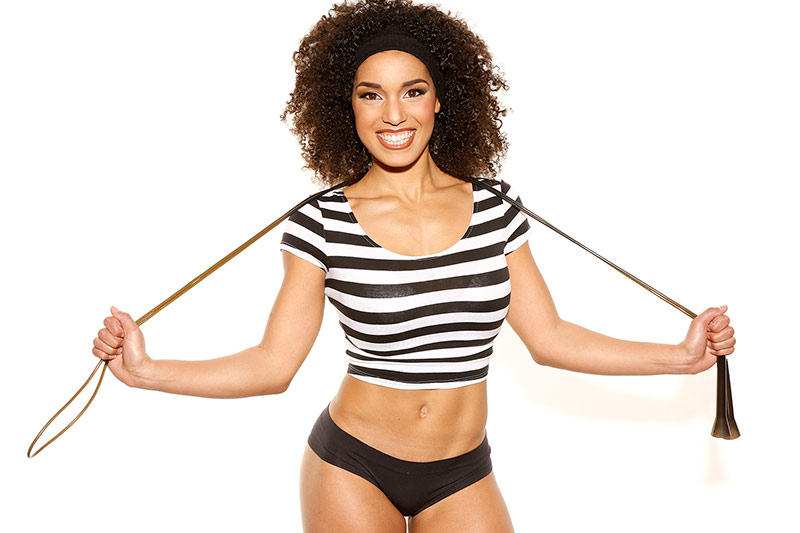 She’s overcome abuse, anorexia and discrimination—and she’s only 20. How Alexandra Rainville-Barzey found the strength to push on and learned to love herself.

At 14, Alexandra was a Track and Field star, and she wanted to stay that way. Determined to get a competitive edge on the track, she would do everything she could to improve her performance, no matter what it took. But when she discovered that being lighter would help her go faster, she had no idea how far she would take it. “At first I started by losing just five pounds, and my performance increased,” she says. “But it didn’t stop there. Another five pounds turned into 30. Before I knew it, I had lost half of my weight and was down to 58 pounds.”

Alexandra’s desire to win ribbons wasn’t the only culprit for her drastic weight loss; she had also endured a challenging childhood, from which the emotional scars hampered her self-esteem. Her struggle began at a young age when she was sexually abused by a family member; a secret she kept for years.

At school, life for Alexandra wasn’t much easier. Being the only African-American in her school, the other kids had a hard time accepting her. But children aren’t the only ones who can be cruel. One day, after walking her friend home from the park, Alexandra had a jarring encounter with the friend’s mother. “Her mom looked so upset when she saw me,” she recalls. “She told her daughter, right in front of me, that she wasn’t allowed to play with me.”

Before her dangerous weight loss, Alexandra weighed in at a healthy 120 pounds. But in an effort to look like the athletes she admired, she started running up to three times a day while overly restricting her calories. At first, she saw her naturally curvy body and fuller thighs getting leaner and starting to reflect the images of her athletic heroes—but it wasn’t long before her running ability began to suffer.

By the time she dropped down to her lowest weight of just 58 pounds, Alexandra could barely walk. It was a teacher that finally reached out to her by forcing her to sit out of gym class until she got healthy. “Just him saying, ‘I care about you and I don’t want you to hurt yourself’,” she says. “That really, really helped.”

With her family behind her, Alexandra got back to a healthy weight but still didn’t feel comfortable in her own skin. She continued running, which still fuelled her former desire to be lean. Eventually, an IT band injury forced her to hang up her sneakers. Devastated, she fell into a rut. With her established reputation as a runner, she felt as though she failed. She perceived that she had let everyone down by letting a big part of herself go. Without running, Alexandra felt lost.

One day, something clicked. Alexandra desperately craved a change. She decided to take her athleticism to new heights and sought out the world of weight training with the help of fitness coaching company, Cathy Savage Fitness. Having her own coach to help guide her through, Alexandra was amazed at how lifting transformed her body in a healthy way. “I used to think that, to be pretty, I had to be skinny,” she says. “Fitness taught me so much about how mentally strong I am.”

It wasn’t long before Alexandra was bit by the competition bug. It took a lot of courage to get on stage in a bikini for the first time, but the experience was life changing. “I finally felt like my feelings on the inside matched how I looked on the outside,” she says. “It was the first time in my life that I felt beautiful.” She placed first in her Bikini category that day and cried tears of joy when she looked back on how far she had come.

Alexandra, now 20, carries a new confidence and fit attitude along with her hard-earned muscle. These days, she fuels her body with what it needs instead of depriving it of energy and nutrients. “I used to always obsess about my macros or calories,” she says.  “I’m never going to let numbers define who I am ever again.”

Having overcome so many negative events in her young life, Alexandra came out of it more optimistic. She says she relies on positive energy to set the tone in her life, and what keeps her motivated is seeing her impact on others. “Some girls are looking up to me and I don’t want to give up,” she says. “I want to show them that it’s possible to bounce back after everything I’ve been through.” 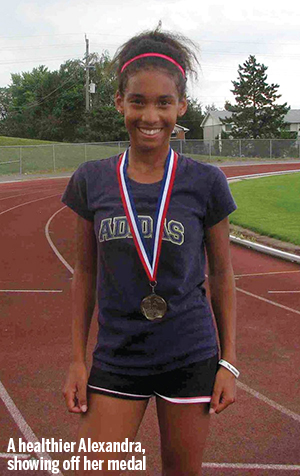 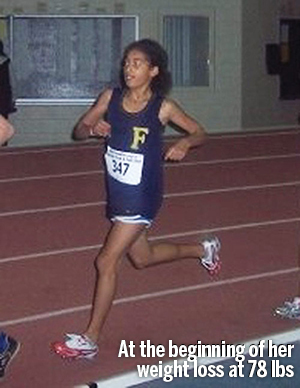 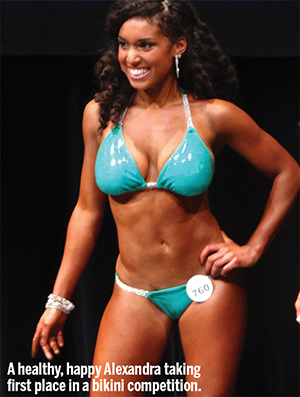