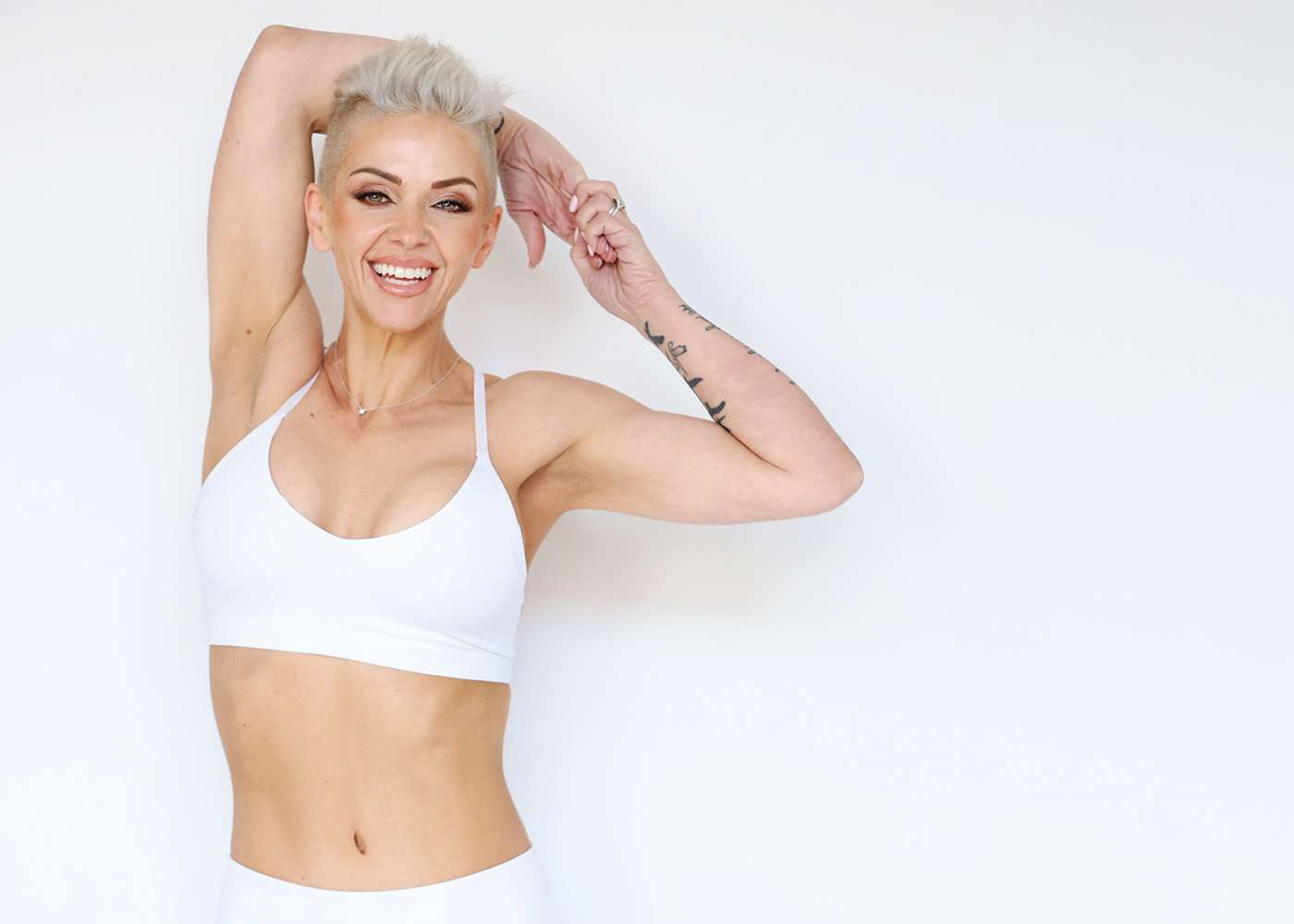 Less than one percent. That was the five-year survival rate Amy Ledin was given after being diagnosed with stage-4 non-small cell lung cancer in 2013. At just 36-years-old, the news came as a shock. “I wasn’t a smoker, I didn’t have a history of drugs—I was so surprised,” she recalls about her diagnosis.

The impending fear that tomorrow may never come didn’t just weigh on her out of her own despair. Married, and a mom to six children, Amy knew if she were to succumb to the grim statistics, she’d leave behind the beautiful life she’d built. So she decided to lean into the fear with unshakable determination, and spun the diagnosis on its head to instead make it the reason she’d take every chance she could. "I went all in on the belief that I would be the less-than-one percent," Amy says.

At the time of her diagnosis, Amy was submersed in the fitness industry as an online coach and was well-versed in nutrition and exercise. But she says that at the time, her own mindset surrounding health and fitness was seriously flawed, and she began questioning how she was treating her own body versus the more loving standards her clients were used to. “I had no confidence. I was restricting [foods], overdoing cardio, trying diet trends… I wanted it at all costs,” she says. 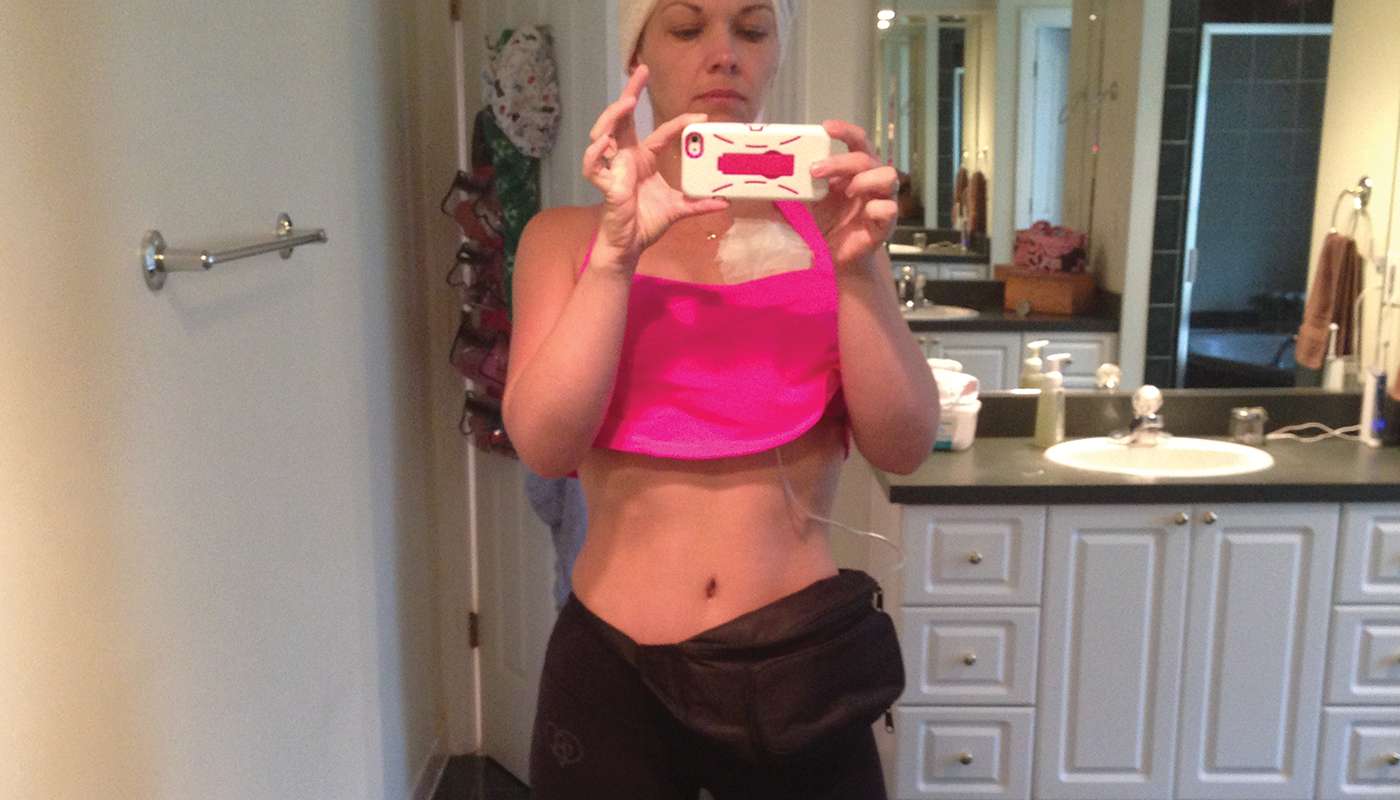 As she realized that her days were no longer guaranteed, the disconnect she felt between how she was coaching and living was more obvious than ever, and for the sake of her health, it was time to make a change. Amy’s determination to survive her lung cancer revved as she researched women who had beat it. Her brain was flooded with positivity. "What you focus on will grow," she says. She directed all her energy into taking a health-focused, holistic approach to exercise and nutrition to support her body, and she set her intentions on believing that she would beat cancer.

This mindset shift was exactly what she needed to put her health first, and a few years later, she also developed an important take-action system that she still relies on to this day. Amy’s daily agreement cards (DACs) prompt her to examine any areas of her life that she felt she could improve upon, such as spending more quality time with her children, and the following day she’ll set her goal as following through on that promise. She credits this daily practice as a way to consciously commit to positivity.

Now in a place where her health came first, Amy was determined to continue living her life as though she had already beaten her cancer. She invested in the experiences she had always wanted to share with her family, like a dream home and vacation. And she continued to train (leg day on chemo tops her “bad-ass moments” list). Rocking her chemo fanny pack, Amy boldly pushed past stares and stereotypes, believing so long as she could still get to the gym, she belonged there. She even conquered a Spartan race while on chemo with one of her daughters to show her what sheer will looked like. 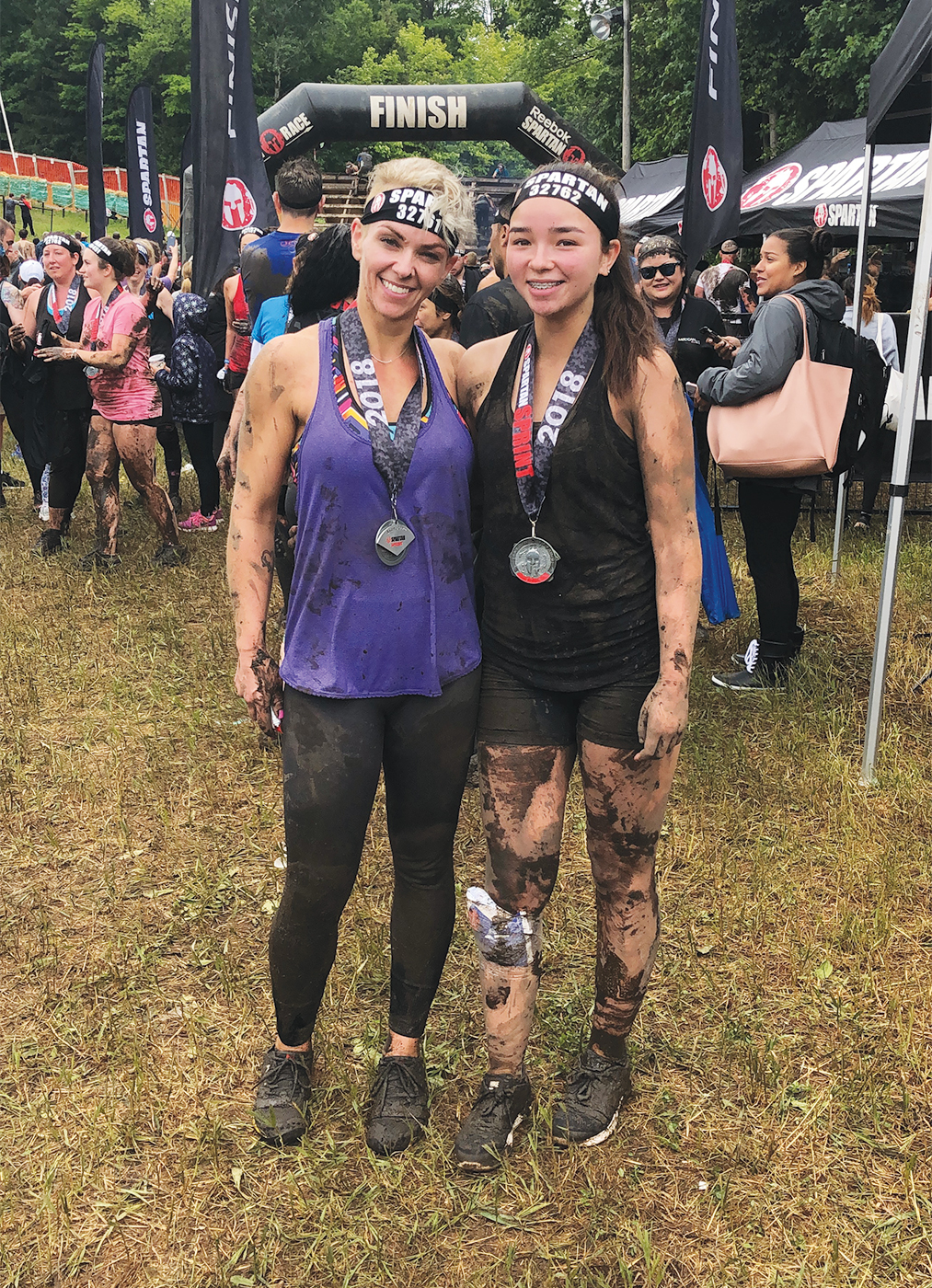 More than seven years since starting her relentless journey, comprised of over 2,200 pill-form chemo treatments and over 41 IV infusions, Amy says she took it one day at a time—because she had to. “If I thought I would be fighting for 7 years, that would have been too heavy,” she says. “Showing up each day, even going to the gym for 5 minutes just because I said I would, was something I could do.”

In March 2020, when the world put the brakes on due to the pandemic, Amy discovered she’d need to go through another round of chemo. But the news still didn’t stop her from staying in the driver’s seat of her own life, and she created her first podcast, F*It! While the decision was initially driven by fear, “I got scared. I didn’t want to regret anything,” she says, the experience has opened her eyes to just how powerful communicating and sharing can be. “When we don’t share our struggles, it can eat at us,” Amy says. “By sharing our ups, and especially our downs, we keep our minds healthy, we connect, and we grow.” 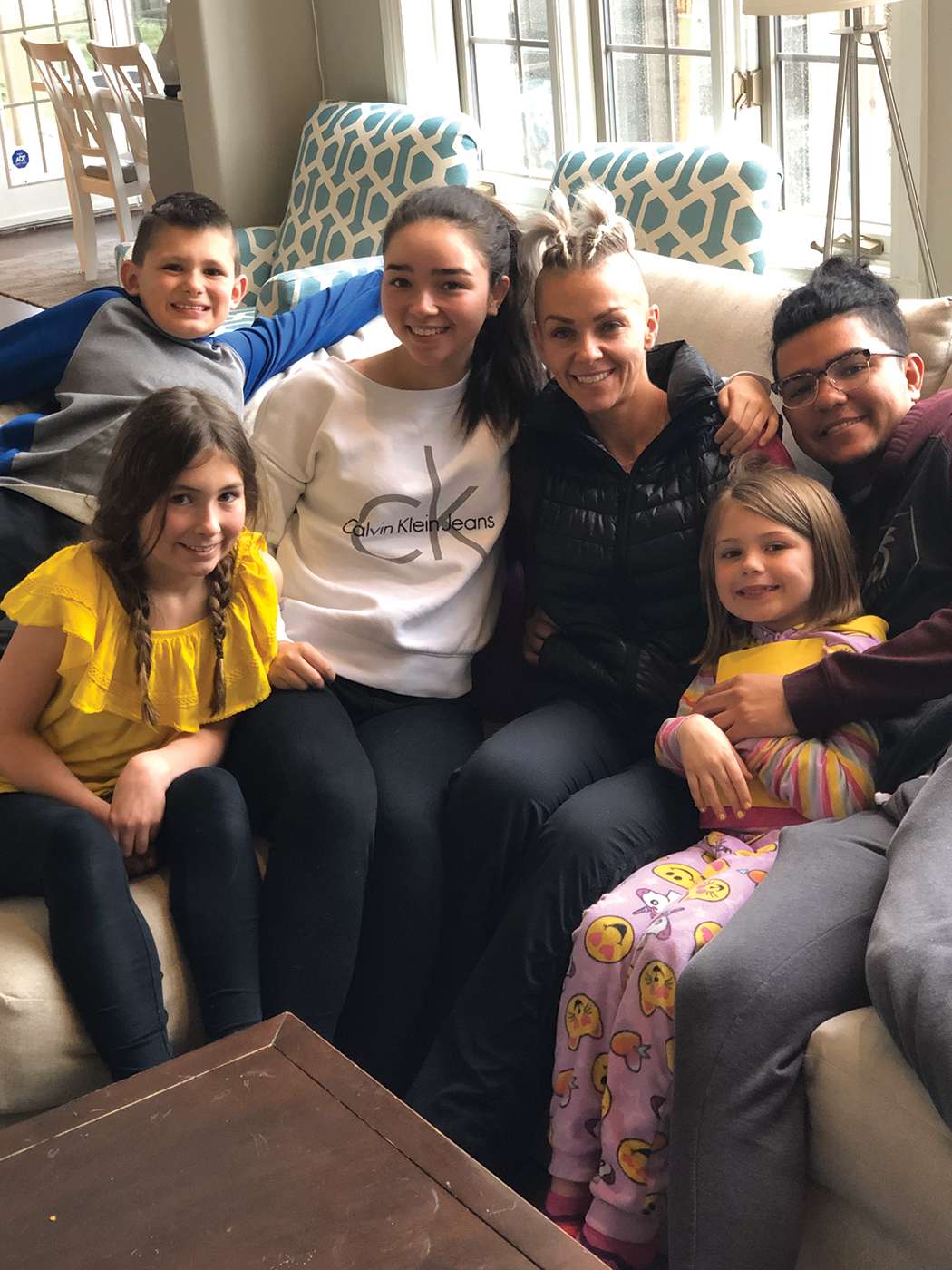 Now in remission since January 2021, Amy’s spirit and outlook on approaching one of the most frightening experiences of her life is the driving factor behind how she lives with purpose. “My superpower is my cancer. I’ve seen it as a gift that makes me stay present and hard to rock,” she says. “There’s always challenges. Focus on the step, conquer today,” she says.