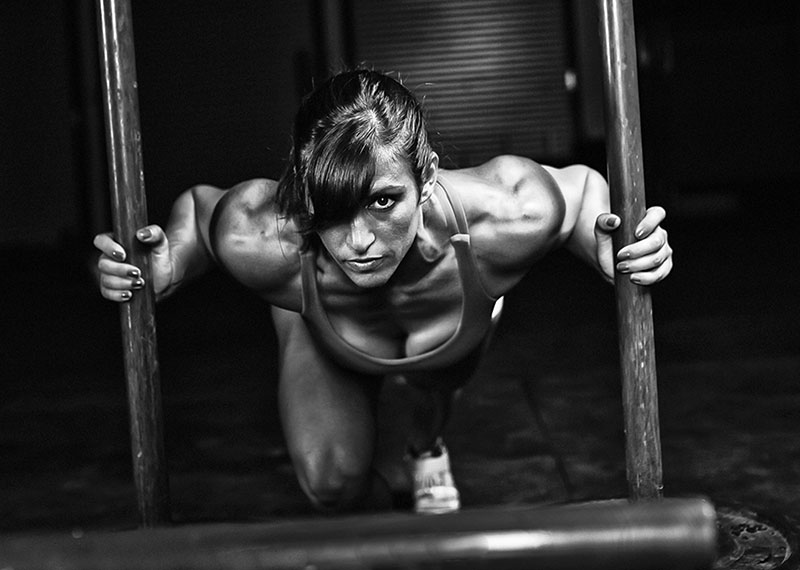 Kristen believes growing up playing soccer and running track has helped her develop the dedication and discipline that she carries into her CrossFit competitions today. After giving birth to her daughter Kylee in 2011, Kristen was looking for a way to shed the extra baby weight, but when she discovered CrossFit, she knew there was so much more to it than burning calories. She began coaching just two years later and became co-owner of CrossFit Toms River.

This year, Kristen’s husband, who recently faced a near-death experience while working as a police officer, coached her during the entire duration of the CrossFit Open where she placed 29th in the North East Regional competition. Their daughter, Kylee, is often at the gym alongside her parents, doing bodyweight exercises with her mom as encouragement.

“If it involves a barbell, I’m a happy girl”

Kristen plans to continue pushing through life’s trials and tribulations by training with her husband and being a strong role model for her daughter. “Sharing fitness with my husband and my daughter every day,” says Kristen, “the ups and downs, the personal records, and the dreaded failures every night, is my silver lining.”