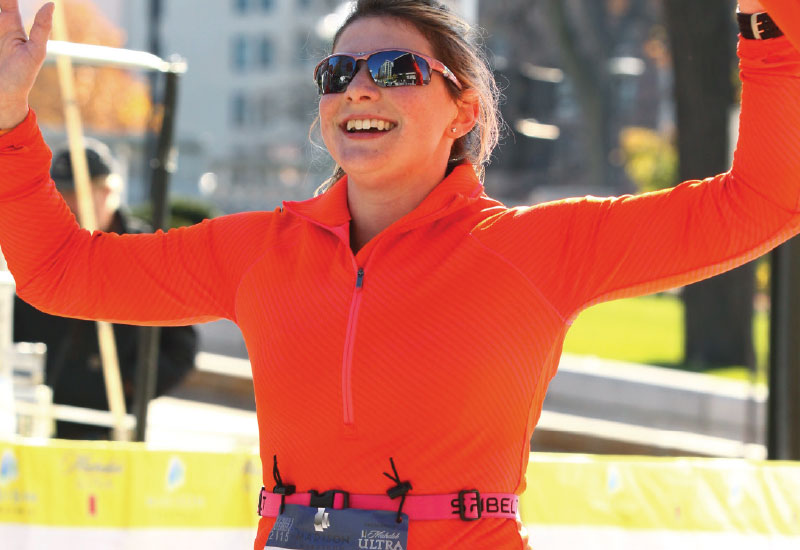 Running To Success:
In 2012, after college, Tori was hitting rock bottom. She was in graduate school but admits she was struggling with drinking, depression, and poor food choices. “I felt like I was a failure,” she says. “I didn’t own a car, I didn’t have a job, graduate school wasn’t for me, and I was in so much debt from acquiring my bachelor’s degree.”

But then on a snowy January morning, Tori did something she hadn’t done in three years: she laced up her running shoes. After just a mile run, she came home and signed up for her first marathon. “I realized that what was going on in my life was entirely out of my control, and the only thing I could control was my lifestyle.” Since then, she has raced in 12 marathons, 24 half marathons, a few triathlons (including a half ironman) and one ultra-marathon. As a running coach, she has helped others complete multiple marathons as well. Today, Tori focuses on raising her daughter and maintaining her business. “I’m hoping to inspire [my daughter] and other women to realize that no goal is unattainable.”

Tori plans to compete in 30 full marathons before turning 30.