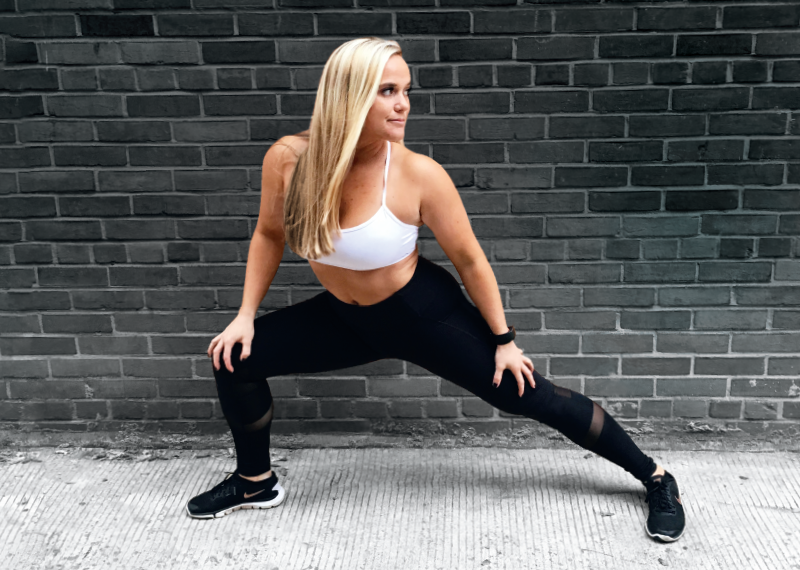 Jennifer found herself in an unfamiliar circumstance while attending college. Without the structure and discipline that came with participating in sports and living at home, her focus shifted from staying active to full-time studying. This change wasn’t easy for Jennifer. As a child, she played a variety of sports, most notably travel softball, lacrosse, field hockey, and swimming, where she learned what it meant to condition as an athlete. “Throughout my high school years, I learned how to perfect the skill of efficient movement, while becoming a master of speed and agility,” she says.

“Lifting will not make you bulky; it’s only built me
into a strong and sexy woman.”

Vowing to get back to feeling her best, Jennifer began a program of at-home workouts, which primarily focused on cardio and plyometrics. It didn’t take long for her to realize that the athletic build she was striving for wouldn’t come from cardio alone, and she made the switch to lifting heavy.

Using a balanced mix of targeted-area strength training with supersets and cardio on off days, Jennifer’s workouts constructed the strength, lean muscle, and overall improved fitness she was after. She’s also developed an admirable following on Instagram (@sportysleek) where she documents her fitness, motivational, and body-positive campaign in an expertly-crafted curation, remarking that the support she receives from inspirational women via the platform is endless. As her mother used to tell her, “Tough times don’t last, but tough people do.” Jennifer didn’t just last—she thrived in her renewed zest for fitness, and she’s now working to obtain her personal training certification. “I realized the future had such potential when I started to open myself to creating a more positive, healthier version of me.”