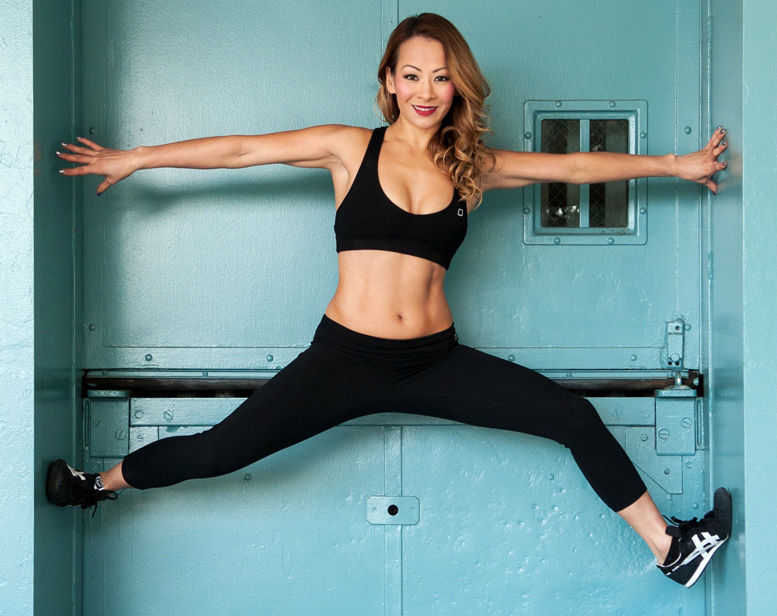 She may be only five feet tall, but mom of two Shannen isn’t a woman you want to mess with: She’s a 3rd Degree Black Belt in Taekwondo. In elementary school, Shannen was being bullied so her parents enrolled her in Taekwondo as a distraction, and began training as a family. Within five years, she earned her 2nd Degree Black Belt, but then took a 17-year break from the sport. After establishing her restaurant business and having two children, Shannen has made a comeback.

Since then, she has won two Taekwondo World Championship titles in forms and sparring. As if that wasn’t enough, she has also appeared on two seasons of NBC’s American Ninja Warrior in 2015 and 2016. With the show receiving over 75,000 submissions, Shannen trained for an entire year, four hours a day, six days a week to be selected as one of the 600 competitors. After falling on the first obstacle in 2015 (an eleven-foot jump from a trapeze to a 100 lb swinging pendulum, then a 10-foot jump onto a cargo net), Shannen came back for redemption. “As soon as I hit the water, I was ready to throw in the towel. I thought about all the hard work and sacrifices I had made to train for this one night, and I felt completely defeated,” she says. “But then I thought about how far I had come, and how much I have overcome.”

“I want to redefine the way people look at moms”

Now, Shannen is more determined than ever to compete on ANW for a third time. Shannen continues to train in martial arts, as well as tumbling and parkour. “I want to redefine the way people look at moms,” says Shannen. “We can raise children, we can be business owners, we can be the next American Ninja Warrior.”