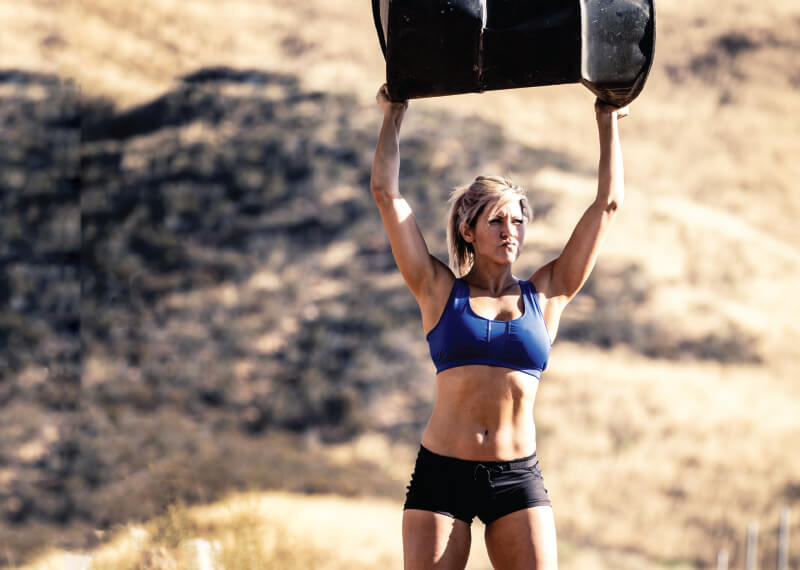 Written by Chelsea Clarke   |   Photo by Jason Elies for CMT

Reality Star: For Stephanie, growing up in rural Missouri in the early 80s meant there were no distractions from burning off her childhood energy outdoors. “I had to learn how to keep up or be left behind,” she says of the time spent playing with her brothers. Her determination translated to joining just about every individual sport in high school that she could and it wasn’t a surprise to friends and family when, as she got older, she competed in running, duathlons, and triathlons, later qualifying for the 2003 Duathlon World Championships.

After spending six years as a nuclear engineer for the US Navy, where in the first two years of her training she spent up to 80 hours each week completely stationary in a classroom, and another five as a software engineer, fitness became Stephanie’s saving grace. In 2012, she ultimately made the leap to quit her desk job and pursue a full-time career as an online fitness trainer, and just two years later expanded her business to revolve around her true calling: obstacle course racing.

If you recognize Stephanie, you may have seen her on reality TV. She has competed on CMT’s Broken Skull Challenge, CBS’s Tough Mudder X, NBC’s American Ninja Warrior, and NBC’s Spartan Ultimate Team Challenge. The thrill of a million eyes watching across the country keeps her coming back for more, but she also acknowledges the toll that heavy competing takes on her body. “I’m 38 years old now,” she explains. “My body takes a little longer to recover. If I want to keep playing, I’m going to have to play smart.”

Want To Be the Next Woman to Watch? Click Here!