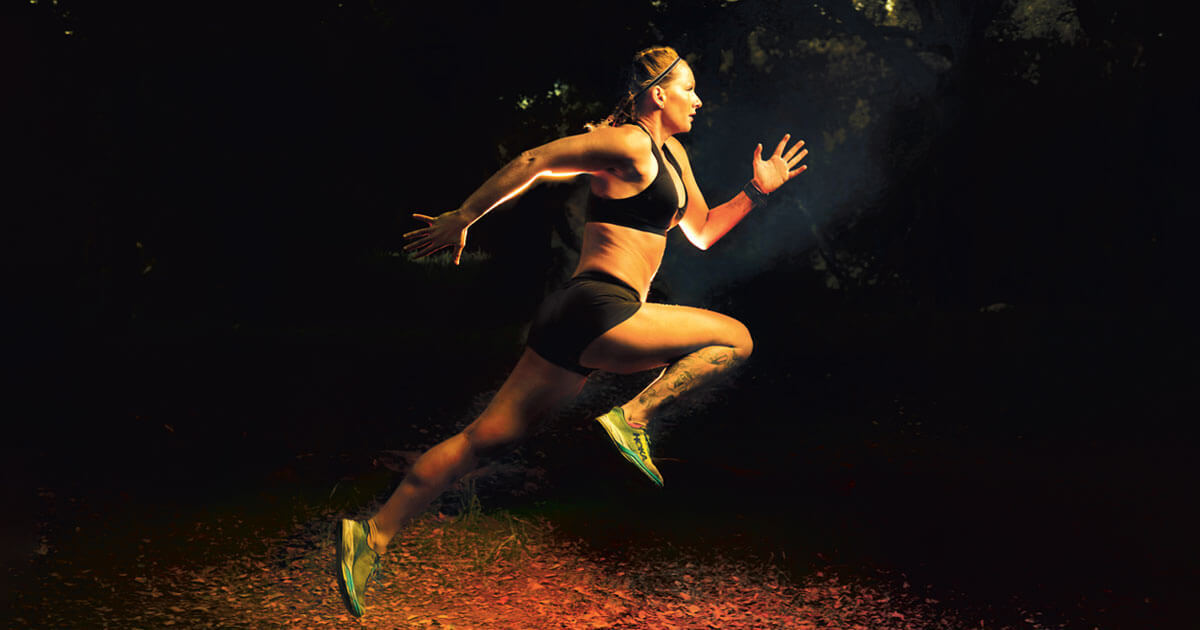 Growing up in East Germany, Patricia’s running career was analyzed under a strict and disciplined regime. Race calculators could determine times based on body weight, and Patricia took it to the extreme when she set her sights on shaving as much time off her records as she could. “The goal was to be as light and as fast as possible. I wanted to be the fastest woman in Germany,” she says. With training sessions 2-3 times per day and consuming only 800 calories, Patricia’s health was in danger when menstruation stopped, her liver and spleen were completely swollen, and her doctor demanded she quit training because she was at risk for organ punctures. The depression she experienced in the two years she stopped training were some of her darkest times.

Slowly, Patricia began to realize that it was possible to be healthy and fast, and she endeavored to heal her body. She began listening to her body for cues of hunger and satiation, and found a balance in her approach to nutrition. Now, her triathlon training sessions are 3-5 hours per day in swimming, running, and biking, and she knows that what she eats is the fuel for her rigorous workouts. “Healthy, for me, means feeling strong, with the ultimate purpose of winning races while avoiding illness or injury,” she says. “I still see runners on social media who are clearly underweight, and they’re praised for it. It breaks my heart to see that they’re in denial just like I was. I hope that what happened to me won’t be a part of their path—it was very painful, not to mention, life-threatening.”