Home Nutrition Is Intermittent Fasting Right For You? 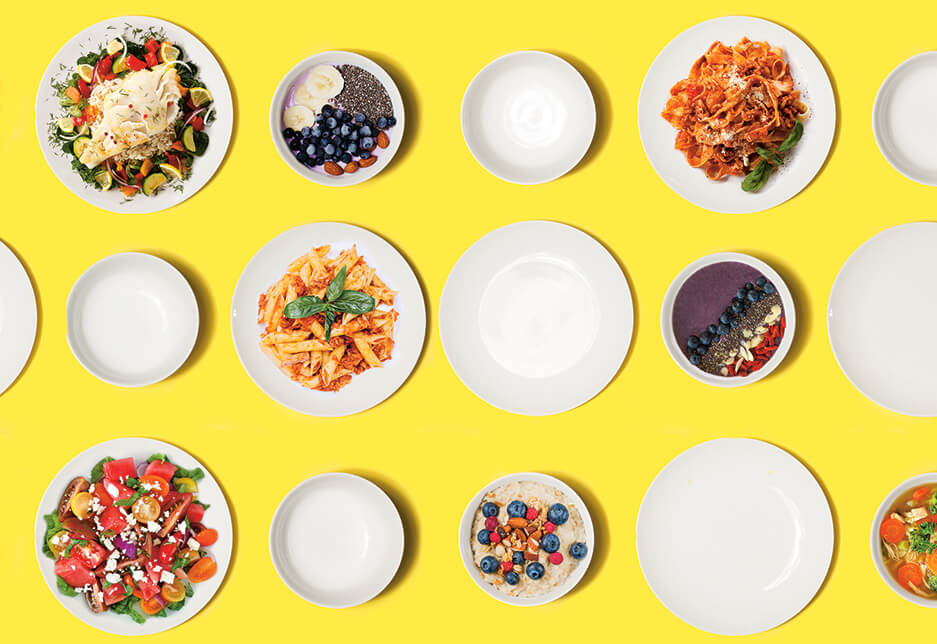 “Let’s not eat today!” said no woman ever. Food isn’t just one of the greatest pleasures in life—its nutrients literally give us the energy to live our busy lives. And its alternative, going to work or school or the gym on empty, is a big no-no—or so we thought. Increasingly, the fitness industry is in a frenzy around the research-backed practice of intermittent fasting, or IF—a schedule of restricting caloric intake and eating little-to-nothing during certain hours of the day.

Up to 15 years ago when time-restricted eating was first being tested, the subjects were animals like mice, flatworms, and primates. Now, a number of studies have been published further supporting the physical and mental benefits of fasting on real, human bodies and minds. Today, a growing population of doctorate experts and recreational athletes swear by IF for weight loss, metabolic boosts, and increased stamina, as well as improved cognitive function and cardiovascular health, and a slew of other benefits.

There are three major types of IF, says Krista A. Varady, PhD, an expert on the subject who teaches at the Department of Kinesiology and Nutrition at University of Illinois:

5:2: Most popular is called the “5:2,” where you fast two days per week, consuming about 500 calories on those two days, then whatever you’d like on the other days. You can pick whatever two days work best and switch it up every week. (On fasting days, you must not consume any liquid calories such as dairy, juice, or alcohol). The 500 calories consumed are typically high-protein and nutrient-dense to keep hunger at bay and maintain energy.

ADF: “Alternate Day Fasting” or “Every Other Day Fasting” is similar to 5:2 but you fast every other day. Again, you consume 500 nutrient-dense calories on fasting days and eat what you want the rest of the week.

16:8: Also called “Time-Restricted Feeding,” this mode has gained a lot of popularity and works by eating within a certain eight-hour window of time each day. So for example, you might consume all food between 10 a.m. – 6 p.m. and the rest is water fasting.

If the goal is weight loss and fat loss, Varaday says all modes work better than traditional calorie restriction. “The main difference is that with IF you don’t have to worry about losing lean mass or overeating on indulgence days,” Varaday explains, especially in relation to Alternate Day Fasting— her IF mode of choice and the format used in her personal research. In terms of active, exercising women, Varaday adds that subjects in her studies were able to exercise on fasting days and actually experienced a boost in energy.

However, Dr. Mark Mattson, a leading expert on intermittent fasting and Professor of Neuroscience at Johns Hopkins University, disagrees with this method for active individuals. “Every Other Day Fasting, especially if someone is exercising, is too much,” he says. “But the 5:2 diet is fine.” Mattson, who like Varady personally practices IF, is also a proponent of the 16:8 diet with exercise done at the end of the fasting period. “A lot of bodybuilders do this,” he points out.

Based on the science, IF seems like a magical, health-boosting plan. An October 2017 study published in Cell Research and performed on humans found IF helps fight obesity and other metabolic disorders, with noticeable benefits after only six weeks. Researchers found that IF tempers an immune reaction in fat cells and changes gene pathways involved in the immune system and the body’s reaction to inflammation. Translation: even after a single fasting period, changes occur in your cells that reduce inflammation and encourage the burning of fat stores.

This followed a July 2017 report in the Annual Review of Nutrition correlating weight-loss benefits of IF modes like 16:8 to circadian rhythms, which impact weight, hormonal secretions, and sleep quality. “Data strongly suggest that the timing of food intake is an important determinant of human health and disease risk,” the review states, pointing back to an earlier 2015 study where young, overweight adults lost weight, slept better, and boosted overall energy simply by increasing their nightly fasting hours and skipping breakfast.

Apart from strict weight loss, Mattson’s research suggests benefits from IF include production of new stem cells in the hippocampus, increase in the number of mitochondria in your nerve cells (a.k.a. more energy), increased ability to form synapsis and boost learning and memory, enhanced ability of your nerve cells to repair DNA, expanded lifespan, better resistance of cells to stress, improved glucose regulation, and now, greater physical endurance and performance.

Mattson’s latest research just released in March 2018 shows that fasting mice had better endurance compared to regular mice both trained on a treadmill and given a max-endurance test. How? Ketones. “Ketones come from burning fat, which happens when you’re fasting,” says Mattson. “They provide an alternative fuel that boosts the energy in the neurons.”

Harvard University also hopped on the fasting bandwagon, releasing an article in November 2017 in the Harvard Gazette that reported periods of fasting can promote healthy aging and decrease age-related diseases by making the body work less as the cells’ ability to process energy over time declines.

The bright side of these studies suggest that by fasting, you give your body time to “recover,” as Mattson says, from digestion and energy processing. He compares it to lifting: “Your muscles don’t increase in size during the workout, but the rest period.” At the same time, fasting creates its own mild but beneficial stressors on your nerve cells, “increasing the resistance of cells to stress and stimulating the growth of adaptability,” Mattson adds. “A normal diet (three meals a day) isn’t the healthiest eating pattern.”

As for its long-term viability, IF has proven success and adherence among women practicing up to seven years.

So, could intermittent fasting be the missing key to hitting your health and fitness goals? A growing number of credible studies and health professionals are saying yes. But like all nutrition strategies, it’s definitely not for every woman. If you’re seriously considering trying IF for yourself, chat with your doc first about any potential risks to your hormonal health. Then, start slowly by implementing the 16:8 method once or twice a week and gauging how you feel. Who knows? Missing a few meals may mean gaining a ton of benefits.

When Healthy Eating Goes Too Far

How to Find Food Freedom This Holiday Season