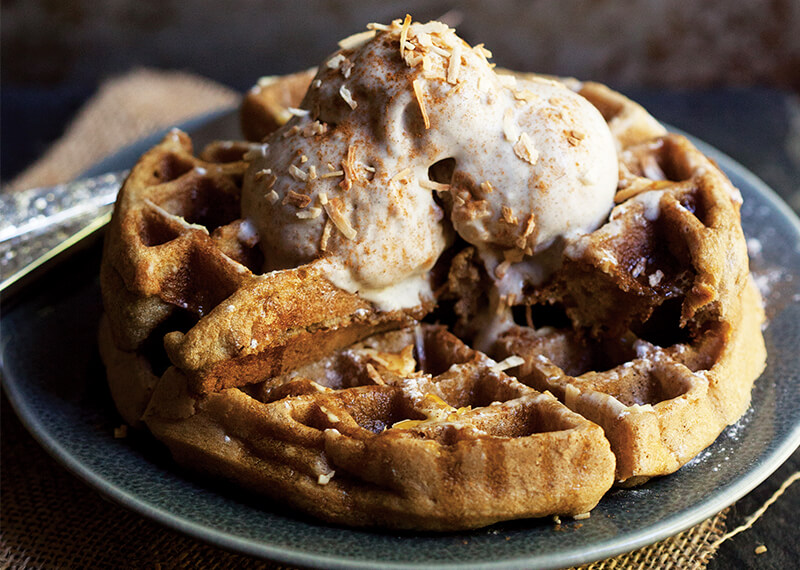 Craving something different for breakfast? Break out the waffle maker and whip up these toasty, wholesome waffles from certified holistic chef Laura Lea Goldberg. Made with vitamin E-rich almond flour and heart healthy coconut milk, these grain-free waffles can be modified to fit a dairy-free diet as well. Perfect as a post-workout treat or make a large batch and freeze them for a chilly Sunday.

1. If your waffle maker doesn’t have a nonstick surface, grease with one tsp melted butter or coconut oil. Heat according to manufacturer directions.

4. With a handheld or stand mixer, beat the egg whites until they form soft peaks, approximately one minute. Soft peaks hold for a second, then fall back onto themselves. This will look like a light white foam.

6. Add half of your batter to waffle maker and cook for 2½-3 minutes, until edges are lightly golden brown. Gently remove and repeat with remaining batter. Serve immediately.

7. Waffles will keep tightly sealed in the refrigerator for two days. I reheat them in the oven at 300°F until they are softened and warm to touch. You can also freeze them up to one month.

Christmas Morning in a Cup