Home Nutrition Supplements Creatine: What You Need to Know 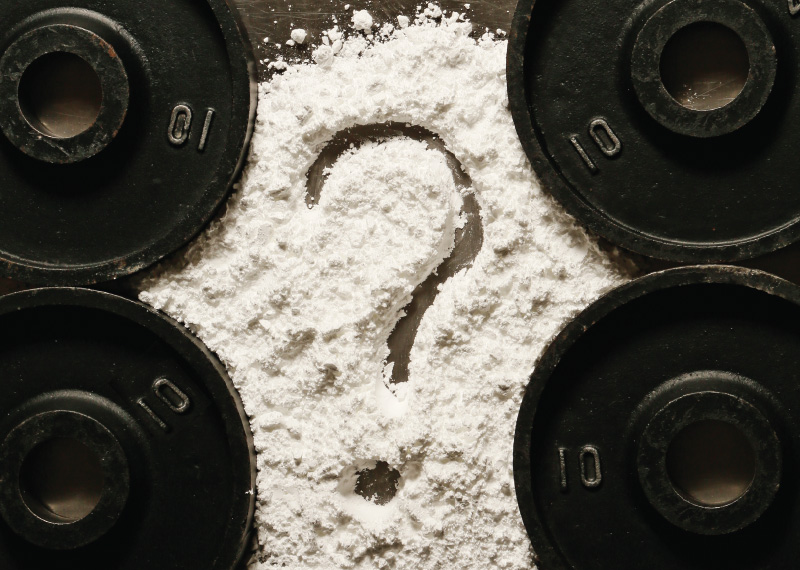 If you’ve ever taken sports supplements to help you reach your goals, whether they be greater gains, a better pump, or a leaner bod, chances are, you’ve taken creatine. Next to whey powder and caffeine, it’s one of the most widely used and trusted supplements in fitness. So trusted, in fact, that many of us pop these pills and powders with only a vague understanding of what they are and more importantly, what they do. We know it’s been shown to improve athletic abilities in terms of strength and stamina, but is there more to it than enhancing performance? Where does it come from? How should you take it? And, are there side any effects? If you’re looking for a clearer picture of creatine, read on.

Creatine is a molecule produced in the body, made by the liver, kidney, and pancreas, and stored primarily within the skeletal muscle. Its job is to rapidly produce energy to support cellular function, meaning it helps supply the power needed for systems that require a lot of energy—like your brain or muscles—to operate. If you’ve ever sprinted, lifted something heavy, jumped for maximal height, or done any explosive movement, you have creatine to thank.

It was originally discovered through meat extraction in the 1830’s, and a decade later was confirmed to be a normal component of animal flesh. If you’re consuming an omnivorous diet, you’ll get some creatine from foods such as pork, beef, and fish. Humans have a natural “pool” of stored creatine (about 2 grams worth), which comes from a combination of what you consume and what your body produces. As for vegans and vegetarians, their pools are more like puddles; studies have shown there is the potential for significantly reduced creatine stores compared to those eating a diet containing meat.

WHAT ARE THE BENEFITS?

When looking at benefits like improved body composition (lean body mass) and performance in high intensity exercise, creatine supplementation is well supported. Of over 500 studies performed on this supplement to date, over 70 percent have shown significant improvements in performance in both strength and sprint events, with none reporting detrimental effects. For example, a 2011 study in the International Journal of Sports Physiology and Performance examined the effects of creatine supplementation in elite, University level volleyball players and reported significant improvements were found in players’ repeated spike jump and block jump abilities.
Of particular importance for women seeking to lean out are the gains in lean mass seen in some athletes with creatine use. Over 4-12 week training cycles, subjects have been shown to gain twice the amount of lean mass compared to those receiving a placebo. These findings have been consistently reported in studies performed by the International Society of Sports Nutrition.

“Of over 500 studies performed on creatine, 70 percent have shown improvements in performance.”

DOES IT CAUSE BLOATING?

Creatine acts as an osmolyte, meaning, it regulates cell volume and fluid balance, drawing water into your muscles. Therefore, supplementing with creatine may cause some individuals to gain water weight, especially within the first few days of use. This effect known as “cell swelling” actually acts as a strong supporter of protein synthesis. This is beneficial, as the act of protein synthesis is a critical precursor to building lean muscle.
Besides water retention, other side effects such as bloating and gastrointestinal discomfort can occur during “loading” phases (dosages of 20 g per day for a week). However, these potential side effects are easily avoided by using a maintenance dose of 3-5 g per day.
But if you’re still leery, you can opt for taking even lower doses and still gain an edge in the gym. A 2011 study in the journal Nutrition showed that as little as 0.03 g per kg of bodyweight per day still provided some of the same performance enhancing benefits that come with higher doses, but without the side effect of retaining water.

IS IT BAD FOR YOUR KIDNEYS?

Media allegations that creatine can impair kidney and liver function have surfaced over the years, but research on healthy individuals has completely
debunked the myths, including a 2013 study in the Journal of the International Society of Sports Nutrition that found supplementing with creatine for 12 weeks had no adverse effects on kidneys of weightlifters following a high-protein diet.
That being said, you should always check with your doc before starting a supplement program, and adhere to the recommended dosage of 3-5 g per day (never exceeding a daily dose 20 g). If you have existing kidney disease, you must be under the care of your physician before supplementing with creatine, or should avoid taking it altogether.

If you are looking to get results in a short time frame, such as if you are prepping for a competitive event, follow a loading protocol of 5 g, four times a day for one week only. After one week of loading, decrease dosage to 3-5 g per day for maintenance.
For those not on a timeline, or, who don’t want to risk gaining water weight, a daily maintenance dosage of 3-5 g per day will offer similar performance advantages over time as those seen with loading protocols.