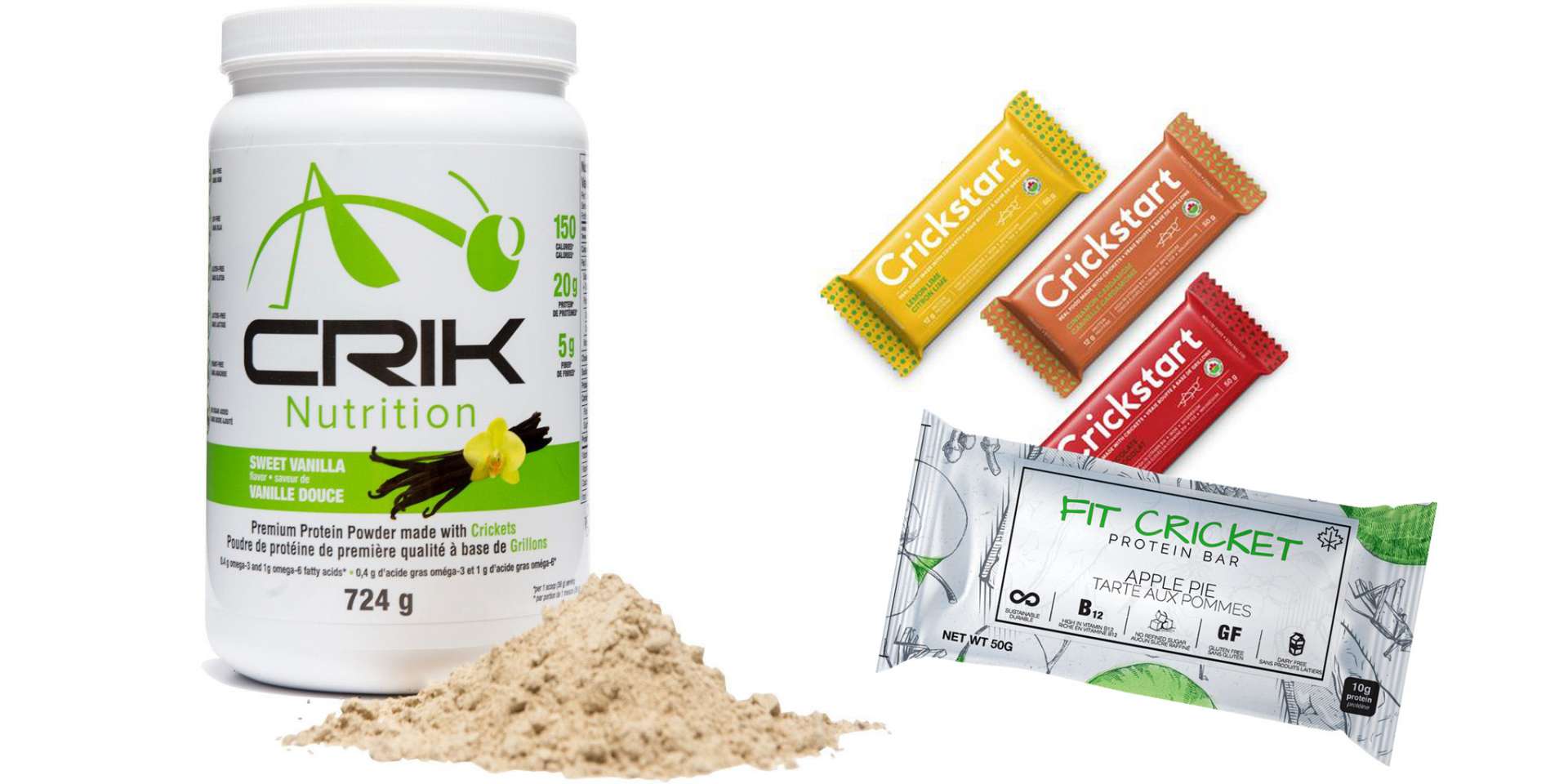 What’s loaded with protein, packed with nutrients, and environmentally sustainable? If you chirped up and said crickets, you’re right. And here’s why you should be sneaking them, and other insects, into your daily nutrition plan.

People have been practicing entomophagy (eating bugs) since prehistoric times. Today, roughly two billion people consume insects, mostly in Asia, Africa, and Oceania. Insects are popular among other cultures because of their ability to deliver quality protein and other nutrients including essential fatty acids, vitamins, minerals, and fiber, without the land and resource requirements of cultivating conventional meat. Even the UN says we should all be eating insects, including the nutrient deficient and obese. Another 2017 study showed insect protein is antidiabetic and helps regulate insulin.

As the mainstream appeal of edible bugs crawls into our Western diets, most adapters are focusing on its protein superiority compared to meat or soy. A 2016 study published in the NFS Journal showed insects contain “significant protein content,” and a slew of minerals and vitamins.

But Jarrod Goldin, president of Entomo Farms—a leader in cultivating cricket flour and insect protein—says there’s a lot more to insects than that. “Crickets hold much more than just protein,” says Goldin. “Most North American women are not protein deficient, but there are two other nutrients most people are deficient in: fiber and iron.”

Goldin is quick to point out that iron deficiency is considered a problem by the World Health Organization. “Cricket powder is high in bioavailable iron, meaning you absorb much more of it.” Compared to meat and soy alternatives, Goldin adds that soy contains no B12 or iron, and meat contains no fiber. “Crickets are the only food high in prebiotic fiber, iron, and sustainable protein.”

For every 100 lbs of grain fed to a cow only 10 percent is yielded as food, compared to, say, Entomo’s 1:1 ratio for its crickets. Unlike cow waste which adds methane gas to the air, cricket poop contains unrecognizable traces of methane and is sold to organic farmers to be used as high-quality fertilizer.

According to Goldin, “Cow farming is the largest contributor to climate change. If a family of four got their protein from insects one day a week for a year, maybe cereal or a protein shake in the morning, afternoon soup, and an evening pizza, it would save the planet close to 20,000 gallons of water.”

The farming footprint is also small since insects are farmed vertically, thrive in dense communities (unlike factory farmed poultry, pork, and cattle), and are cold blooded so additional energy isn’t needed to keep them warm. Pops Reid, Marketing and Account Executive at UK Company Eat Grub, adds, “By switching to insect protein, 30 percent of the planet’s land surface could be reclaimed.”

How to Get It

Available forms of edible insects range from whole dried and roasted insects, powdered insects, and protein bars. Perhaps the most important and versatile product to emerge is insect flour (bugs processed into ordinary flour), which allows you to cook and bake regular dishes while disguising the presence of insects.

If you don’t feel like baking your own insect protein treats, a quick Google search will present you with several companies that are jumping on the ready-to-eat snack bandwagon, with products available online for purchase. Eat Grub, for instance, makes roasted nut and chip substitutes with flavors like toasted buffalo worms and sweet chili and lime crunchy crickets). Another company, Coast Protein, focuses on flavored protein powders and all-natural energy bars in flavors like cranberry and chocolate. There’s also CRIK Nutrition, Fit Cricket, and Crickstart Food Co., just to name a few.

When Healthy Eating Goes Too Far

How to Find Food Freedom This Holiday Season