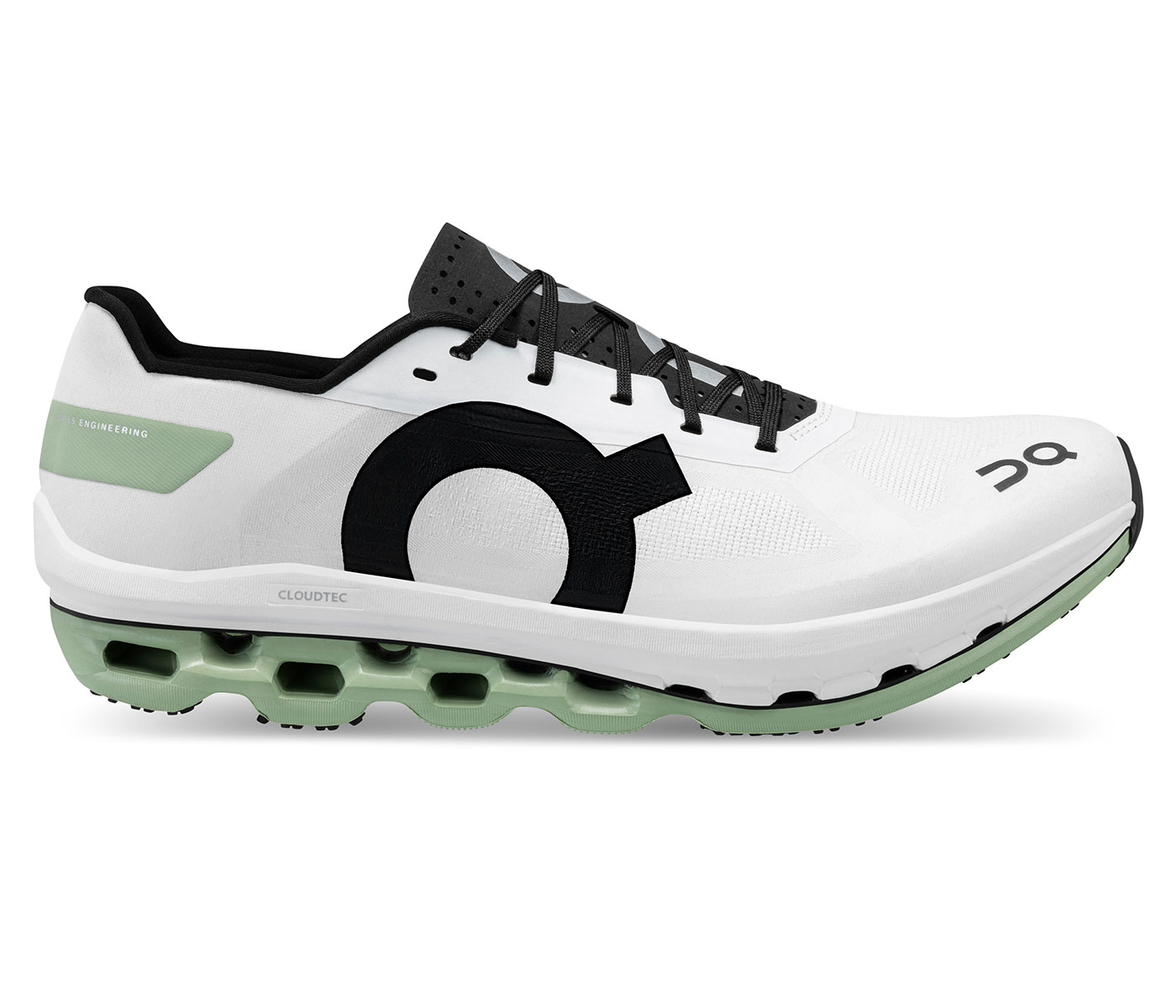 Photos provided by On

As part of a charity run to raise money for Alzheimer’s research, I clocked 400 km over the course of one month. It just so happened that I had recently been sent On’s latest marathon shoe, Cloudboom Echo, and with this lofty goal set, it was the perfect time to put my new kicks to the test.

As an avid runner, I won’t lie, I was apprehensive to switch from my beloved Asics (I had rebought the same pair at least four times before lacing up the Cloudboom Echo). When you find a pair of runners that feel like home, you stick with them. But I was curious to test On’s Cloudboom Echo and see why Olympians in Tokyo were trusting these runners with their most important races.

So how did they fare after spending so much time pounding the pavement? On’s Cloudboom Echo marathon shoe is literally unlike any runners I’ve laced up before. Here’s why.

First off, they are beautifully designed. I’ve become so accustomed to sacrificing style for functionality with runners, and I distinctly remember feeling like I had become a “real runner” when I opted for a pair that looked like they came straight out of the 80s. But with On, you don’t have to opt out of what’s good for your style for what’s best for your feet. I’m inclined to reach for my Cloudboom Echo for more than just running—errands, airport days, you name it. 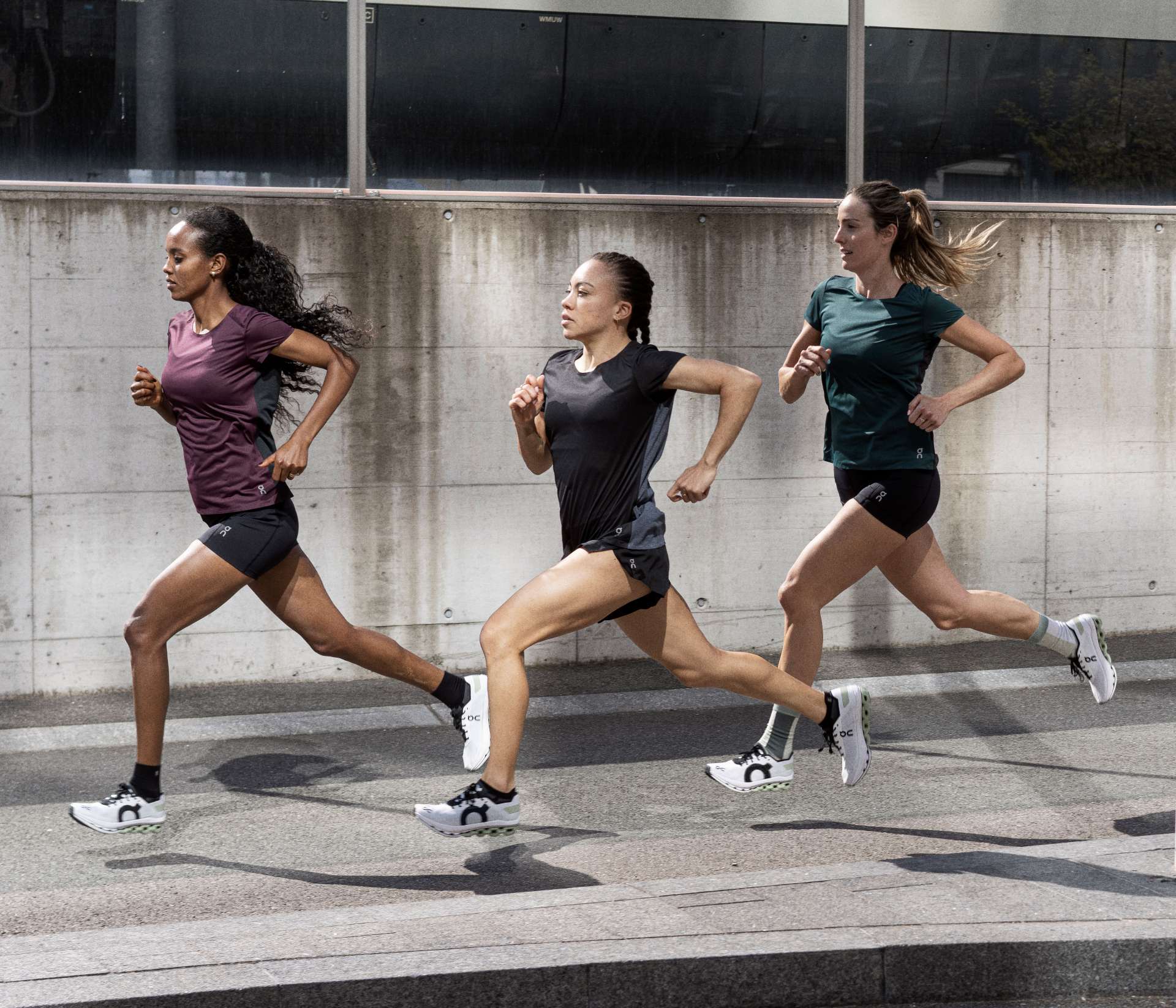 Though these shoes are aesthetically pleasing to wear, they’re also clearly designed and cry out for road running. At just 7.76 oz, this marathon shoe is on the lighter side for long distance shoes supporting an ultralight pace.

About halfway through the month of running an average of 13.3 km per day, my pair of Cloudboom Echo found themselves in puddles more often than not. So, while my On shoes were drying out (which by the way, they do in record time due to the next-level ventilation), I switched back to my trusty, ol’ Asics. It felt like I was running with weights on my feet in comparison.

I hit some of my best paces during that rainy week wearing the Cloudboom Echo. Not only is the traction incredible in wet conditions, but this shoe is literally shaped for speed. The carbon-infused Speedboard® is engineered with a curve for high-power propulsion in every stride. While the midsole is flexible, the forefoot is firm, allowing for kick efficiency and toe pop.

It’s not just placebo—this shoe has pep that feels fast in your strides. The rocker feeling of the Cloudboom Echo produces a similar sensation as barefoot striding, but the stack height of 0.31 gave far less of a ground feel.

With more cushioning in the back, this shoe favors runners like me, who tend to land towards the heel. On’s dual CloudTec® technology from the midfoot to the heel reduces the impact of the asphalt without adding the extra weight.

Throughout the month, I was surprised to discover that despite being called a marathon shoe, the Cloudboom Echo felt really good in my fast sessions too. Threshold runs, tempos, it didn’t matter what the day held—I was able to push my pace more during this month than in lighter running months.

In terms of wear, I was pleasantly surprised to discover just how durable the upper mesh is despite being so lightweight. If you look at my graveyard of runners, you’ll almost always find a hole in my absence of my big toe. With the Cloudboom Echo, the engineered upper mesh doesn’t appear to be worn in the slightest.

When I set out for my 400 km challenge, I had put approximately 30 km on my pair already, and with a lifespan of 400 km, I pushed the Cloudboom Echo to their absolute limit. By the final couple of days of my run, despite the upper looking good as new, I could tell the shoe was dead. The CloudTec® began collapsing on the inner edges (which could be due to the pronation of my foot), and it began to impact my landings.

• Exclusively for paved paths (tendency for rock pick up)
• The laces are slippery and were difficult to keep secure
• At $269.99 USD, these are expensive (especially since I had to retire mine in just 30 days) 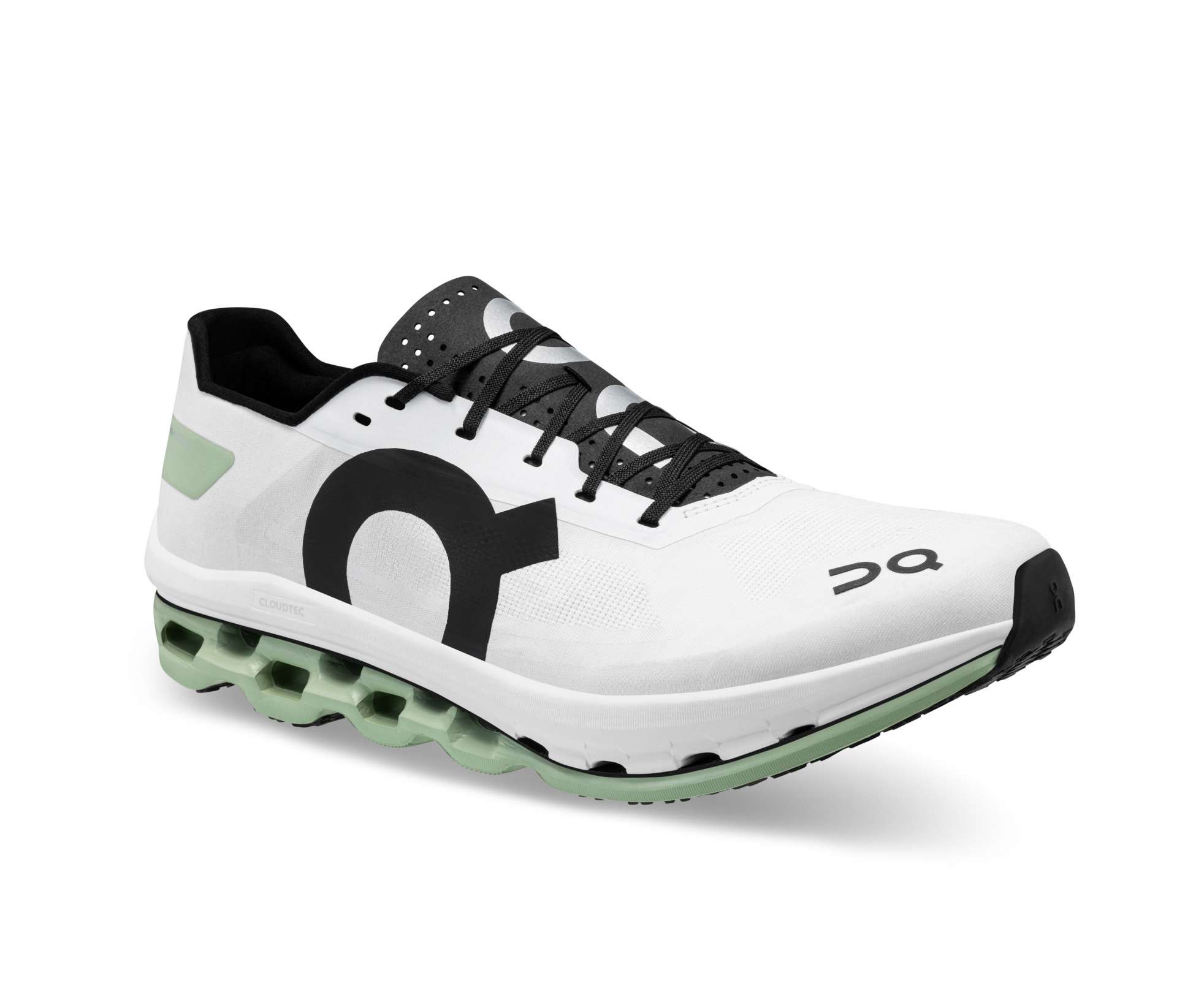 To Buy or Not To Buy

So, are On’s Cloudboom Echo worth the investment? Yes, but not for marathon training. Despite the claim, I felt most confident in my pair during shorter runs (between 10-15 km). Once I moved into my longer runs (20 km or more), my legs began to protest, and I felt I didn’t have the protection I needed to clock those kinds of miles at a PR-pushing pace.

After over 400 km in On’s Cloudboom Echo, the pros outweighed the cons. Keep your eyes open for their next release—On’s quality and design give Nike and Asics a run for their money.