Home Training This Calisthenics Workout Will Test Your Limits 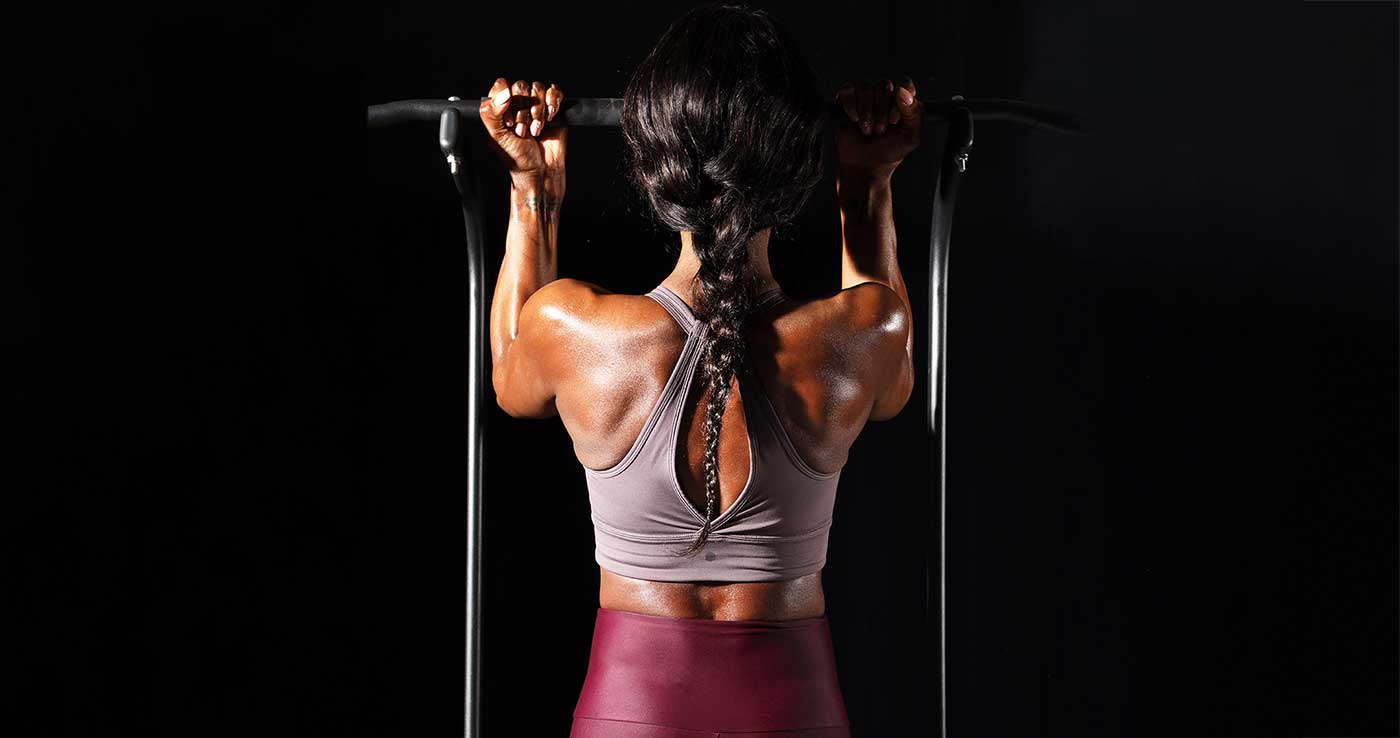 Don’t get us wrong—we love a bodyweight workout. But if you simply cannot take another circuit that’s made up of burpees, jump squats, and lunges, we hear you loud and clear. Might we suggest a total exercise revamp that’s not only a brutal workout, but is also really fun (and somewhat daring)? Prepare to trade in your traditional bodyweight routine for something a little more spicy—think handstands, muscle-ups, and the human flag—with the powerhouse method known as calisthenics.

While calisthenics is traditionally dominated by men, women are entering the arena to perform these physical feats. The fancy (and challenging) moves are built on a foundation of basic bodyweight work and movement patterns. And while it may seem counterintuitive that a bodyweight workout can hit harder than a heavy lifting session, according to David “Jacko” Jackson, co-founder of the School of Calisthenics in the United Kingdom, you’re in the driver’s seat when it comes to deciding how intense your workout will be. “In calisthenics, you can tailor it and make it as hard as you want,” he says.

Calisthenics is the OG “street workout” since it requires no equipment, just some hanging and parallel bars, which you can find at any dedicated fitness playground—bonus: no gym pass required. A true test of strength, calisthenics is all about mastering your own bodyweight while moving against gravity through different planes of motion, and it incorporates elements of strength, motor control, mobility, range of motion, and flexibility.

“We’re interested in moving better and being able to control that movement, and you’re going to get stronger along the way,” says Jackson. This holistic and functional way of training focuses on skills-based goals that aren’t aesthetically motivated or focused on hitting a number—your ripped physique will just be a happy by-product of all the skills you’ve learned.

“The beginner stage is the most exciting because the rate of progression is so fast since you’re not just getting strong, you’re also making new neural connections and learning new movement patterns,” says Jackson.

This way of training focuses on skills-based goals that aren’t aesthetically motivated or focused on hitting a number.

Calisthenics is founded on two main movement patterns and, chances are, you’re already training those areas: the push and the pull. These can be further broken down into two categories: the horizontal plane and vertical plane. These movement patterns target your upper body’s major muscle groups, such as your back, shoulders, and chest.

The following examples are exercises you’re already doing that lend themselves to conquering calisthenics.

Think you’re up to snuff? Heck yes you are! This workout, courtesy of Jackson and the School of Calisthenics, will lay the groundwork for those impressive Insta-worthy moves that every woman is capable of—no gymnastics background required (though it certainly won’t hurt). As you move through the exercises, focus on maintaining good posture, and be aware of how your shoulder blades, or scapula, are moving to avoid injury and progress more quickly.

As you improve with every training session, use that motivation to drive your consistency. As with any workout—but especially calisthenics—consistency is key if you want to master the more impressive moves. And if you’re breezing through these exercises like a champ, kick it up a notch with our suggested progressions, or check out the many free video tutorials from the School of Calisthenics if you’re ready to take it to the next level.

Complete the following exercises at your fitness level:

Pike Push-Up
Get into a downward dog position with your hands and feet on the floor and hips lifted. Keeping your legs straight, bend your elbows to lower your upper body to the floor, then slowly push back up.

AMP IT UP:
Elevated Pike Push-Up
Place your feet at the edge of a box or bench—the higher your feet, the more vertical your torso, the more of your bodyweight you’ll need for support. 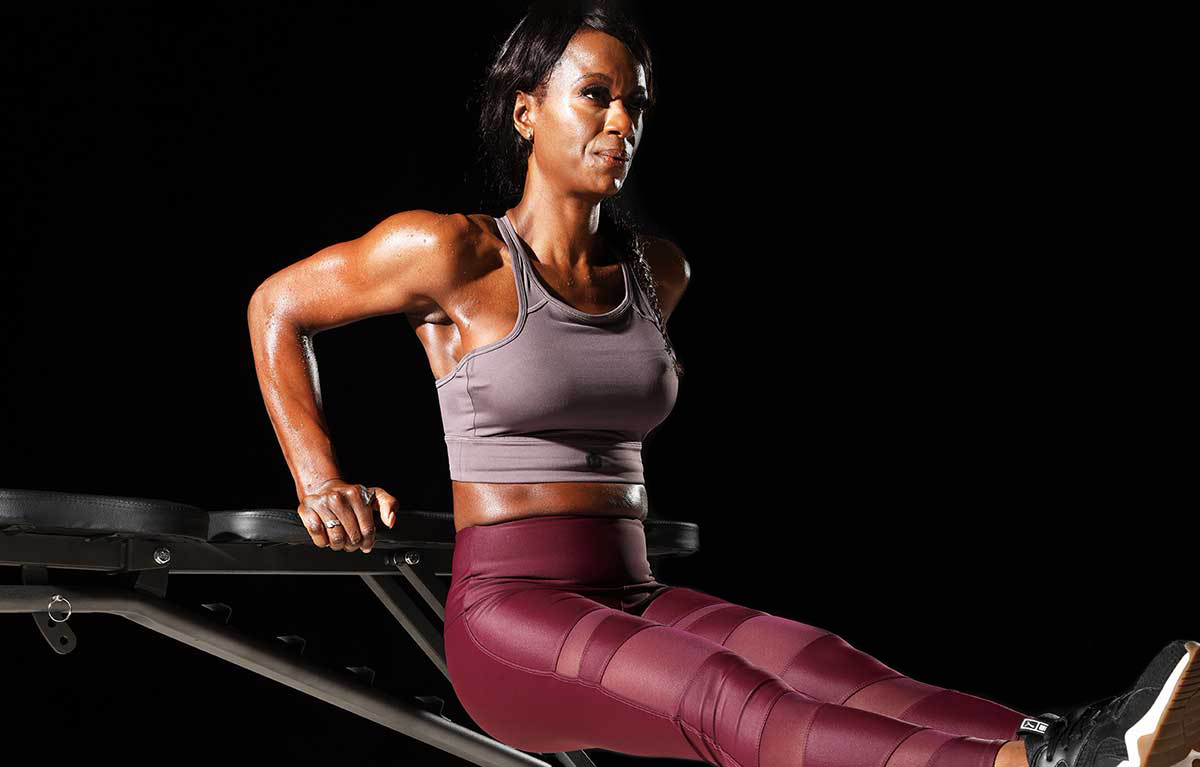 Triceps Dip
Facing away from a bench, place your hands at the edge of the bench, keeping your arms straight and legs extended out. Bend your elbows to 90 degrees, then push back up. Try lifting one leg off the ground to up the intensity.

AMP IT UP:
Parallel Bars Triceps Dip
Take it to the parallel bars or dip station if you’re ready for more weight. Use a band for assisted dips by placing one knee (or both) inside the band while holding each end in your hands. 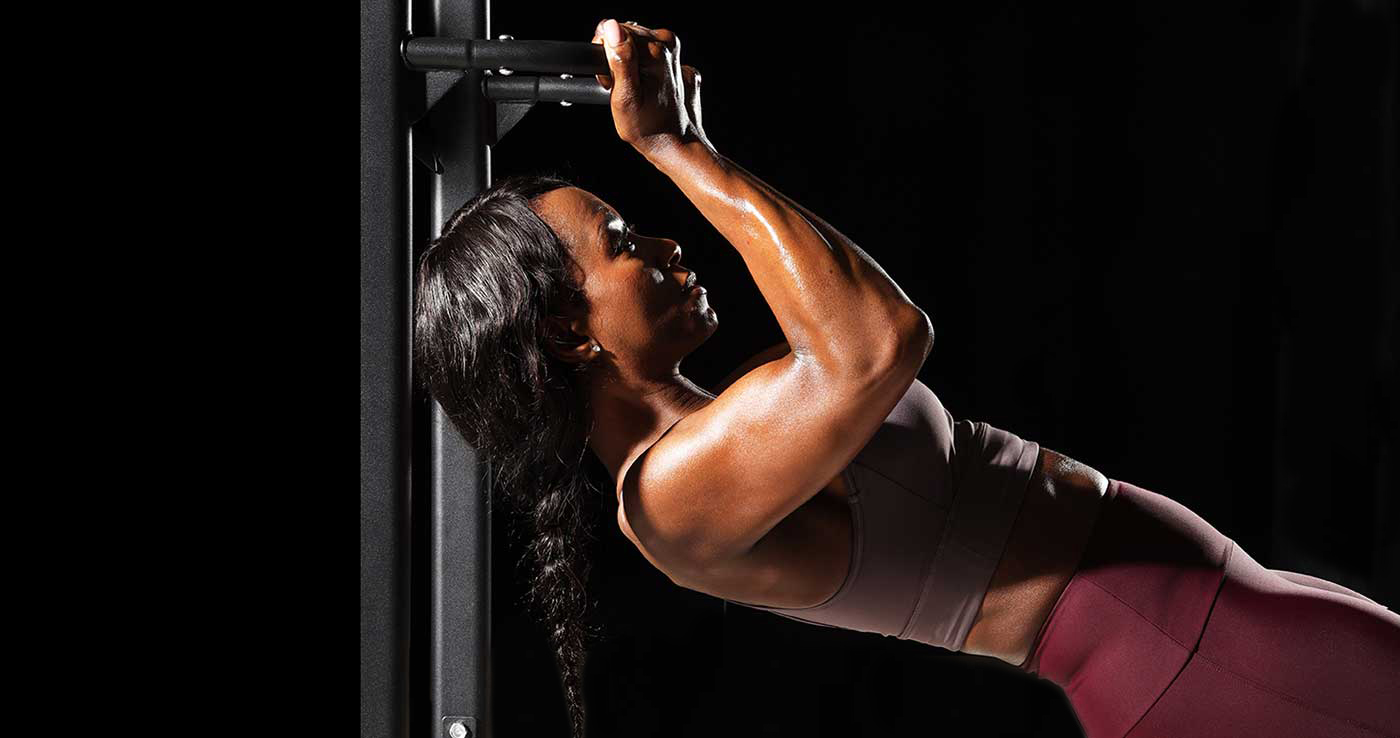 Inverted Row
Lie on your back under a bar set at about waist height. Hold the bar with an overhand grip, palms facing away from you and slightly wider than shoulder-width apart. Keeping your core engaged and maintaining a straight line with your body, bend your elbows to bring your chest up to the bar, then slowly lower down. Try lowering the bar to up the intensity or set it higher to make it easier.

AMP IT UP:
Active Hang
Find a bar that you can comfortably hang from. Grab the bar with a slightly wider than shoulder-width overhand grip. Move from a dead hang into an active hang by retracting your shoulder blades to lift yourself slightly. Stop retracting at the top of the move and hold as long as you can. Lower back down. 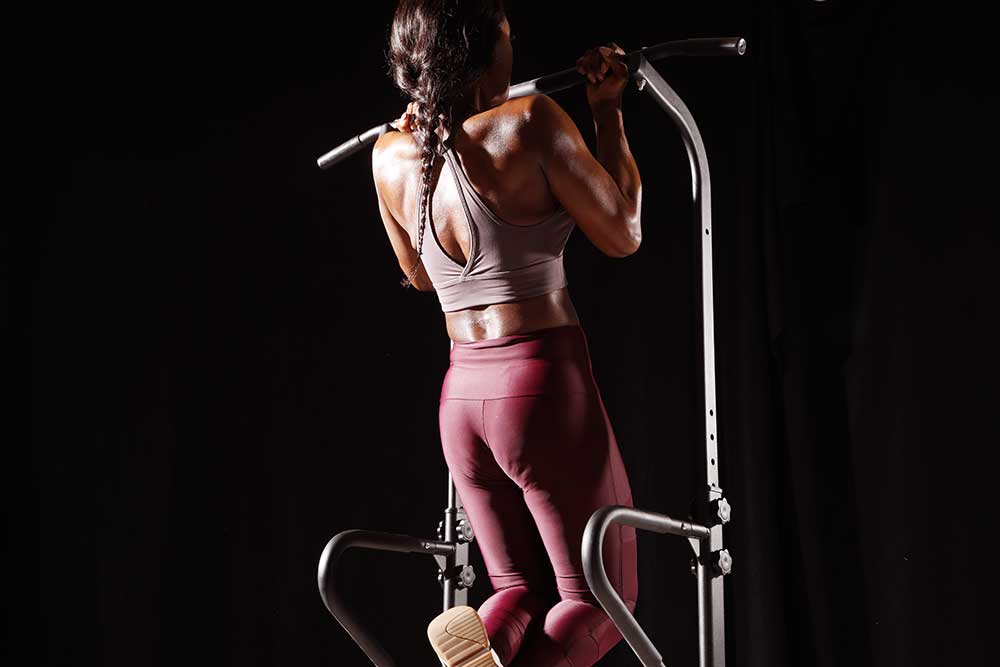 Assisted Pull-Up
Find a bar you can comfortably hang from. Take one end of a band in each hand and use an overhand grip on the bar, with hands slightly wider than shoulder-width apart. Place one (or both) knees inside the band, then bend your elbows to bring your chest up to the bar. Progress to an unassisted pull-up before attempting the next move.

AMP IT UP:
Muscle-Up
If you can do a pull-up unassisted, you can start working towards a muscle-up. Practice bringing the bar up to your chest with speed or jump up into your muscle-up using a lower bar. As your chest comes up to meet the bar, explosively extend your elbows to lift yourself over the bar so it sits at your pelvis. 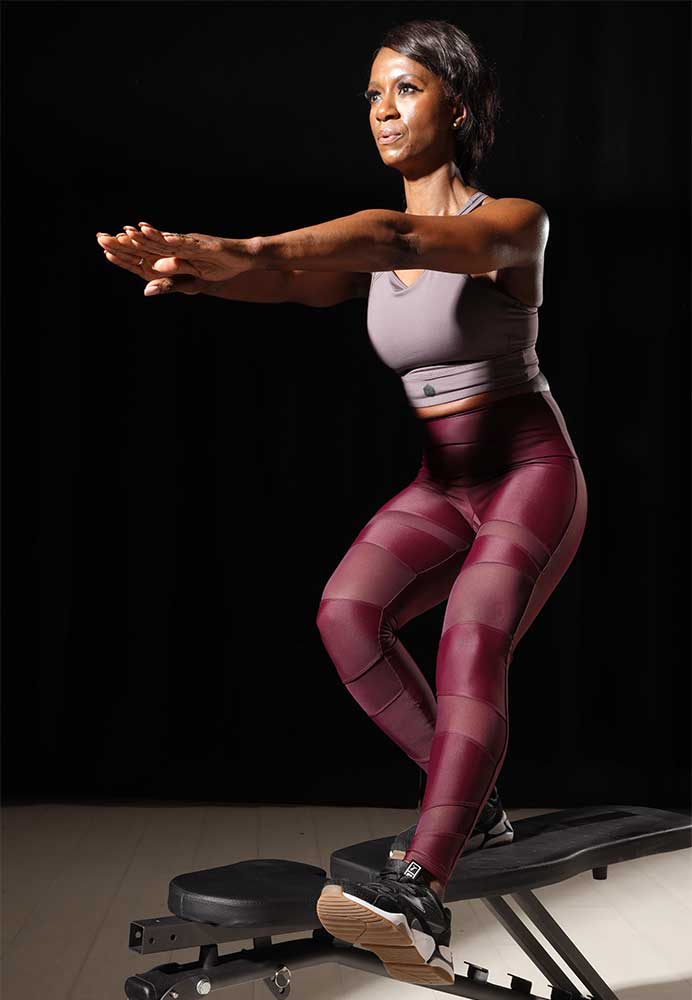 Single-Leg Squat
Standing on a box or bench, extend one foot over the edge of the platform. Squat down as low as you can with proper form, making sure your knee doesn’t track past your toes. Hold at the bottom of the move, then push back up through your heel, squeezing your glutes on the way up. Make it easier by extending both arms out in front of you for balance.

AMP IT UP:
Pistol Squat
Progress into a pistol squat by extending your lifted leg out it out in front of you, then extend your arms out for balance. Lower into a deep squat until your hamstring meets your calf, then stand back up. Make it easier by holding onto an anchored band.

This move works on your wrist and shoulder stability, as well as balance (you’ll be able to progress into a handstand from here). Aim for 3-5 sets of 5- to 10-second holds when you’re first starting out and place a pillow under your head in case you fall forward.

Frog Stand/Crow Pose
Squat down behind a pillow set on the ground. Place your palms on the ground in front of you and grip it with your fingers. Your arms should be between your knees. Rotate your arms slightly outwards, then come up onto the balls of your feet. Place your knees against the backs of your upper arms and begin to shift your weight forward. Lift up onto your toes, then slowly take each foot off the ground. Engage your inner thighs and core, keep your elbows tight to your sides, and hold for up to 30 seconds. To come out of the pose, transfer your weight to the back until your feet touch the floor.