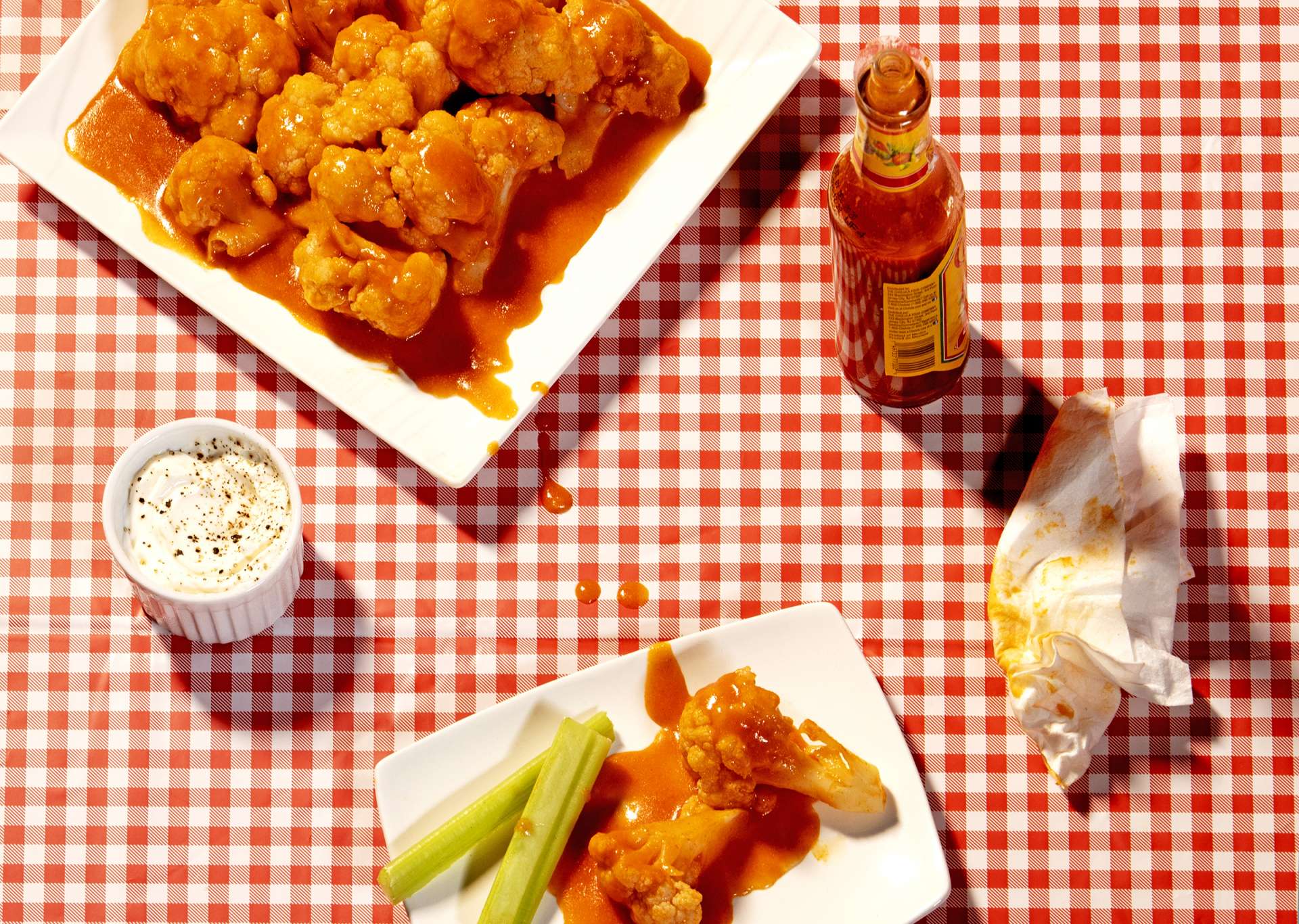 We all know the key ingredient for muscle building and repair is protein, protein, and more protein, and many of us turn to animal sources to help us quickly rack up the grams. But we can’t escape the truth: Current trends show people are moving toward a more plant-based diet for a variety of reasons, including animal rights, environmental activism, and improved health.

According to a survey by market research firm Nielsen, in 2017, 39 percent of Americans were trying to eat more plant-based foods, while another study by Ipsos Retail Performance reported that more plant-based eaters increased by 9.4 million in the last 15 years.  If that doesn’t convince you that plant-based eating has staying power, just consider that Kentucky Fried Chicken is one the latest of several fast food chains to jump on the plant-based, meat-substitute train. We hate to break it to you, but in 2020, meat is no longer en vogue.

But reducing your meat consumption, or nixing it altogether,  is about more than getting in on the latest diet and health trends. New research is showing that a plant-based diet could have a major impact on chronic inflammation, and indeed, help us live longer.

Research shows that consuming fewer animal products could decrease your risk of, well, dying. A 2019 study published in the Journal of the American Heart Association analyzed the data of approximately 12,000 middle-age adults between the years of 1987 and 2016 (the adults had been part of a heart disease risk study) to see how those who ate the most meat fared against those who ate the least. When researchers crunched the numbers, they found that those in the group who ate the most vegetables per day and the least meat (about four servings of vegetables, and one of red or processed meat) had an 11 percent lower risk of heart attack and a 25 percent lower risk of dying from any cause. Researchers wrote in the study that they believe it’s the synergistic effect of the foods when eating a plant-based diet: There’s generally more fiber and antioxidants, and on the fat front, there are more polyunsaturated fats and fewer saturated fats, all of which help decrease blood pressure, bad cholesterol, and inflammation.

What’s more, another 2019 study, published in the Journal of Nutrition, looked at the relationship between obesity and inflammatory markers in the blood, such as leptin (a hormone that regulates hunger, but also promotes inflammation), insulin, and C-reactive protein, among others. It found that those who ate more plants had lower concentrations of these markers (which can be linked to heart disease, type 2 diabetes, and cancer) than their counterparts.

What Exactly Is Inflammation?

There are two kinds, acute and chronic, and both are driven by your immune system. The acute form happens with an injury, such as a cut, flooding the area with white blood cells to fight infection and heal it—this is good stuff.

Then there’s chronic inflammation, which happens when the immune system gets triggered by something, but then doesn’t turn off for months or even years. For example, some autoimmune diseases mistakenly attack healthy tissues, thinking there’s a dangerous pathogen. In celiac disease, for instance, gluten is the trigger that turns on the immune system and the body attacks its own cells in the intestine. Inflammatory markers that would go away, like in the case of your cut finger, linger. This is the bad kind of inflammation. “One of the jobs of the immune system is to fight when it needs to fight, but also recognize friend from foe,” explains Desiree Nielsen, Vancouver-based registered dietitian and author of Eat More Plants: Over 100 Anti-Inflammatory, Plant-based Recipes for Vibrant Living. “So, if the threat, which in our modern world [can be] diet, stress, or medications, is persistent and ongoing, the immune inflammation response to it is persistent and ongoing. And there’s still a lot that we have to learn.”

Speaking with a health care practitioner is the first step to determining if any nagging complaints are inflammation related. One way to measure inflammation is by having a doc order a blood test to look for signs of it; for instance, an Erythrocyte Sedimentation Rate test looks at how quickly red blood cells settle in a test tube—settling too fast might indicate inflammation. There are many different tests depending on what ails you. C-reactive protein, for instance, can signal such things as infection and heart disease. 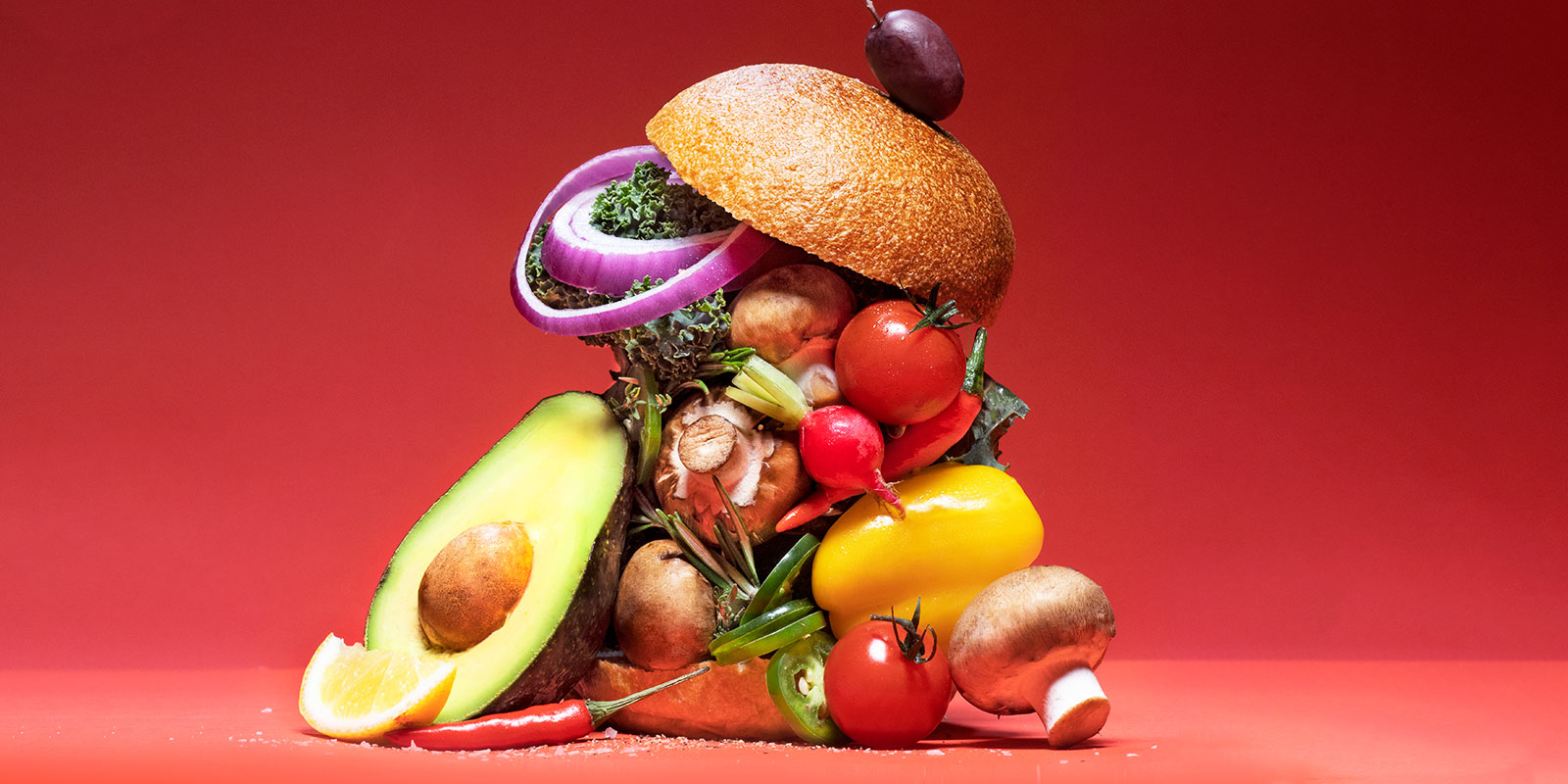 But What about Protein?

For many fitness buffs out there (us included) the idea of cutting back on meat raises some concerns about our favorite macronutrient: protein. Can we eat mostly plants and still get enough to build and maintain muscle?

But a growing number of experts and high-level athletes alike are becoming advocates for meatless diets, suggesting that you can get more than enough protein to perform and look your best. Case in point: Toronto-based fitness and life coach Sylvie Dulger turned to a plant-based diet after moving to Canada from France four years ago. “I could no longer consume dairy and meat wasn't appealing to me anymore,” she says, noting she always felt heavy and bloated.  “I’ve never turned back. I feel great and am able to perform better at the gym.”

To ensure she gets what her body needs to sustain a rigorous workout schedule, which includes lifting heavy weights, HIIT sessions, and boxing, Dulger aims to get about 25 percent of her calories from plant-based protein sources such as tofu, beans, nuts, and whole grains. While salads are a mainstay, loads of veggies alone are not enough to provide an adequate amount of protein.

How Do Plants Really Help?

There is no one plant mechanism that takes the anti-inflammatory cake, but antioxidants like vitamins A and C, fiber, and minerals like potassium and magnesium work together, along with many other nutrients, to keep the body healthy. But one thing that does stand out: All of our experts agreed that gut health plays a critical role in inflammation. Here’s why: Up to 80 percent of our immune system lives in our guts, which house an ecosystem of thousands of species of bacteria. When the bacteria become imbalanced, favoring the ones that are not conducive to health, whether that’s due to regular antibiotic use (killing good and bad ones) or perhaps a poor diet, our immune system can act up. This can manifest as digestive concerns such as diarrhea, constipation, or bloating. An unhealthy gut could then impair immune function.

Eating high-fiber foods like fruits and vegetables can help feed the good bacteria and promote a healthy gut, whereas red meats and other foods high in saturated fats (such as dairy, processed meats, pastries, and most things considered “junk” food) have the opposite effect. “Saturated fat can also make that gut barrier dysfunction worse,” Nielsen adds. “And in a situation where there’s gut barrier dysfunction, it can confuse the immune system to turn on even more inflammation.” (Poor gut barrier dysfunction, sometimes referred to as “leaky gut,” is when small particles from the digestive tract enter the bloodstream due to “holes” in the intestines, which can cause—you guessed it—inflammation.)

The high iron content in red meat could be another reason why someone who follows a meat-centric diet, such as athletes and bodybuilders, could end up with tummy troubles. “If you are on these 120, 140, 150 grams of protein kind of diets, particularly to support resistance training … those levels of iron are a gut irritant, so that can drive irritation as well,” Nielsen says. 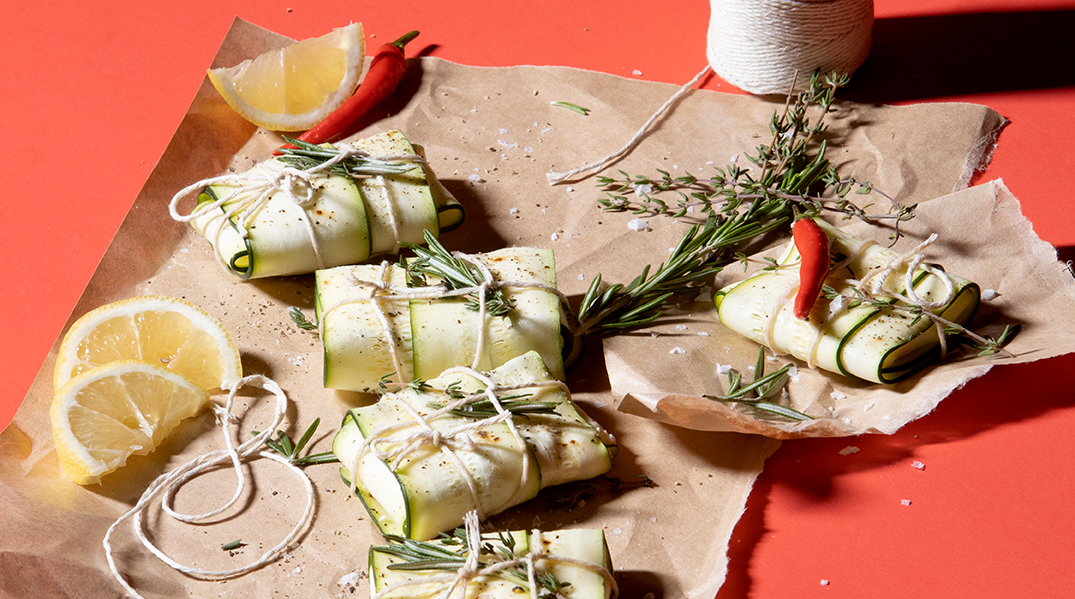 The Controversy Around Plant-Based Eating

Eating too much of anything that doesn’t work for your body could ultimately lead to digestive distress or more, which is why working with a medical and/or nutrition professional to investigate any unexplained symptoms is key (signs of inflammation include joint pain, brain fog, digestive issues, rashes, fatigue and more). This is especially true because plants come with controversy, too, largely due to their vilification by opposing schools of thought. A recent and well-known example is cardiologist Steven Gundry’s 2017 book Plant Paradox: The Hidden Dangers in “Health” Foods That Cause Disease and Weight Gain made major waves in the mainstream within the past couple years as celebrities, such as Kelly Clarkson, lauded the diet regimen for its weight loss effects.

In a nutshell, The Plant Paradox—which has been criticized by nutrition experts—focuses on lectins, a type of protein found in plants such as grains, beans, nuts, certain veggies, and fruits (gluten is one type of lectin). Gundry argues that the “highly toxic” lectins protect seeds from predators. As farming has made plants hardier, these proteins have become even more difficult to digest, Gundry theorizes. He writes in his book, “Plants attack your formidable defense system… making you feel sick on several fronts.”

But before you throw up your hands in dismay, know that some experts consider the science flawed. Psychiatrist Brooke Goldner, who founded GoodbyeLupus.com after she discovered a plant-based diet reversed her 14-year struggle with the autoimmune disease, says, “There’s never been any clinical data that shows people have been getting sick from consuming lectins… There are people all over the world who have lived on plant-based diets with tons of beans… and don’t have any of the types of diseases that kill people in our country every day.”

Another daunting component of ramping up veggie consumption is the increasing pressure to buy organic, which for many shoppers can be more costly and less accessible than the conventionally grown variety.  So what’s a fit woman on a budget to do? According to Ontario-based naturopathic doctor Jonathan Beatty, go local and organic when possible (even grow them if you can!), but if non-organic is all that the produce you can get your hands on, then so be it.  “I look at it as the consumption of vegetables seems to trump just about everything,” he says. “And we eat absolutely ridiculous amounts of them in our house.”

Furthermore, while it’s a common belief that your daily plates should contain a balance of foods from both plants and animals, vegetables should tip the scale—even for omnivores like Beatty. “[My family] eats more vegetables than vegetarians,” he muses, noting that he also includes bone broths, organ meats, and other animal protein sources in his diet for their high levels of nutrients such as creatine and collagen.

We know, there’s a lot of conflicting opinions and information out there, and it can be a lot to unpack. If you’re questioning if a vegan or vegetarian diet is for you, the answer isn’t cut and dried—and maybe it doesn’t have to be. Just as gym gains start with a single workout, a move to a more anti-inflammatory lifestyle is trial and error, experimentation, and finding out what works for you. Swapping one meat-focused meal a day for a plant-based one could be the first step in a journey toward your best-functioning self.