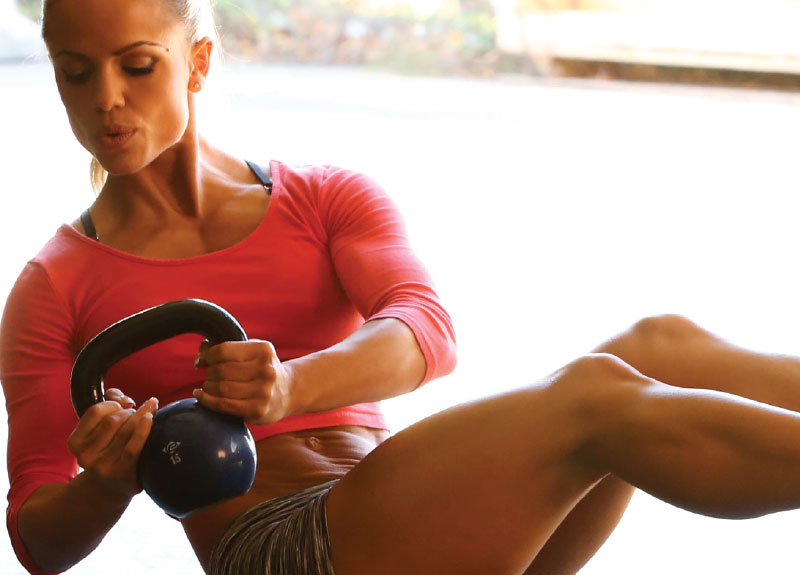 Yes, you can have a strong midsection with rocking abs, but it’s going to take more than crunches to get it. While the crunch may be a classic exercise, it targets only a single muscle group (the abdominals), when your core is made up of at least four different muscle groups. The plank, on the other hand, targets more than just the abs, but is a static position.

Since the core is typically required during dynamic movements, it should be trained as such. The point is, the plank and crunch each have a place in your training program, but for a well-balanced, functional foundation, it’s also important to branch out beyond your comfort zone. Mix up your core work with these exercises that hit every angle of the abs, require balance and stability, and challenge a few extra muscles groups while you’re at it.

How to: Perform the first two exercises as a superset. Once you’ve completed all the recommended sets, move to the next three exercises and perform them as a triset.

How often: Make this workout a part of your routine no less than twice per week and no more than four times per week. 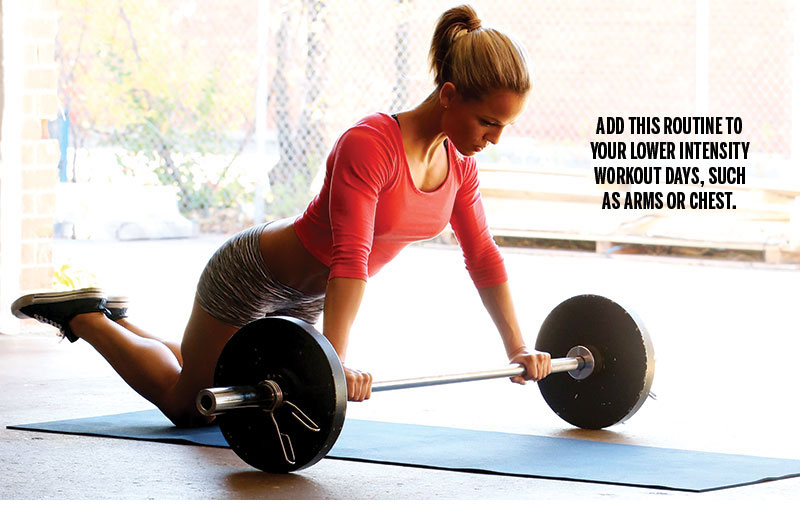 Set Up: Kneel on a mat in front of a loaded barbell. Lean forward and grasp the bar with an overhand grip, arms slightly wider than shoulder-width.

Action: Shift your weight towards the bar and let it roll forward, keeping your arms locked and upper body tight. When you’ve gone as far as you safely can, pause, then use your core (not your arms) to reverse the movement back to the starting position. 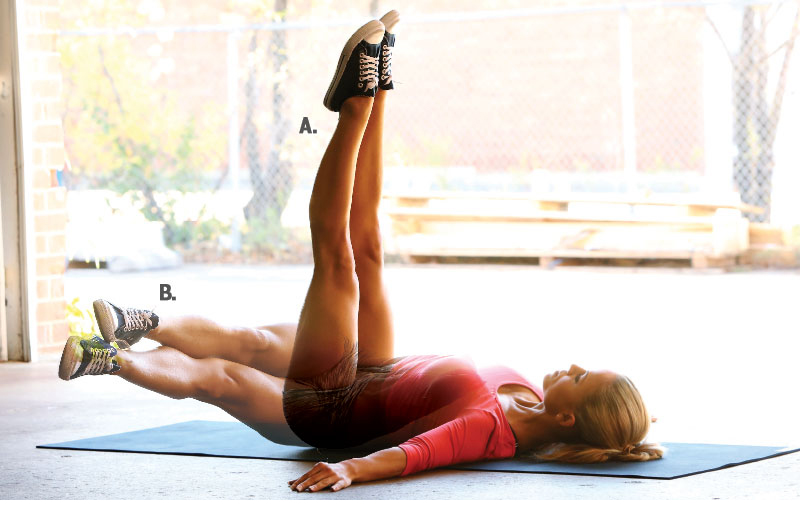 Set Up: Lie face up on your back with your legs straight up towards the ceiling. Place your arms out at your sides with palms facing down (A).

Action: Engage your core and very slowly, lower your legs down to one side, keeping them straight (B). Bring them back up to center, then repeat on the other side. 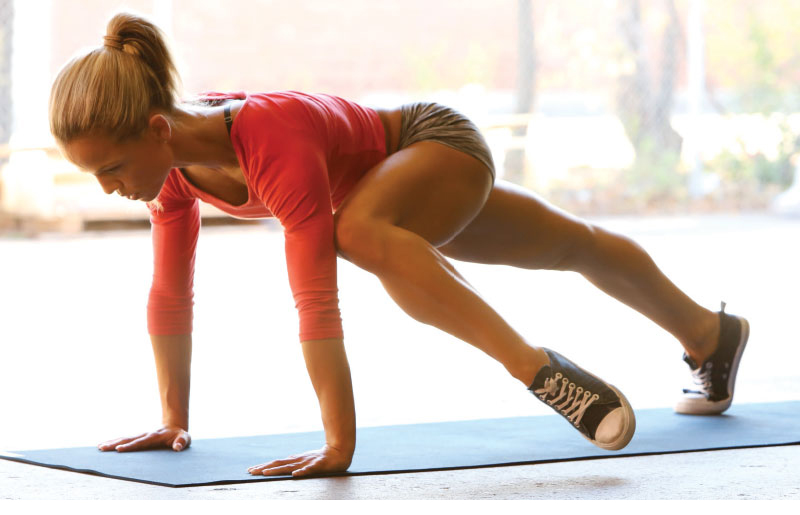 Set Up: Get into high plank position with your arms fully extended and locked. Straighten your legs out behind you and engage your core. Think of pulling your navel in towards your spine.

Action:Bend your right knee and bring it up towards your right elbow. Hold there for a least one breath, then lower. Repeat on the other side. 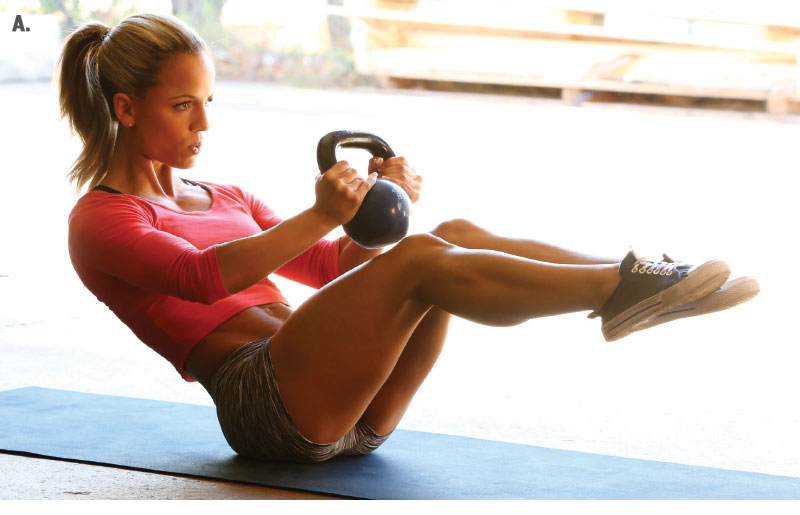 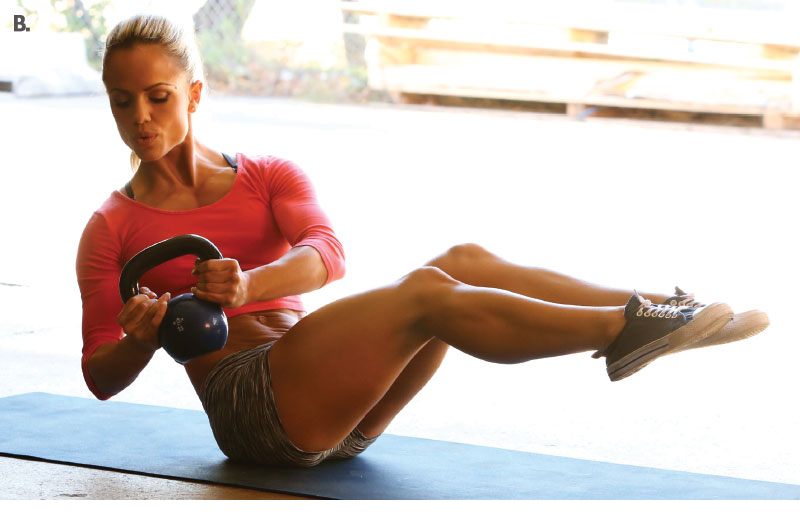 Set Up: Holding a kettlebell in a seated position on the floor, engage your core then lift your feet a few inches off the ground with knees slightly bent (A).

Action: Keeping your legs stationary, twist your upper body, bringing the weight to one side (B). Hold, then slowly rotate back to center and to the other side. Repeat, making sure to use control. 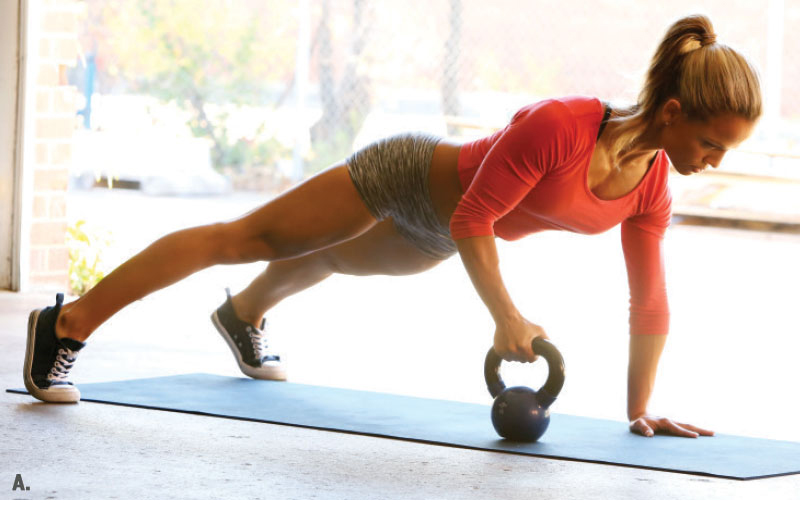 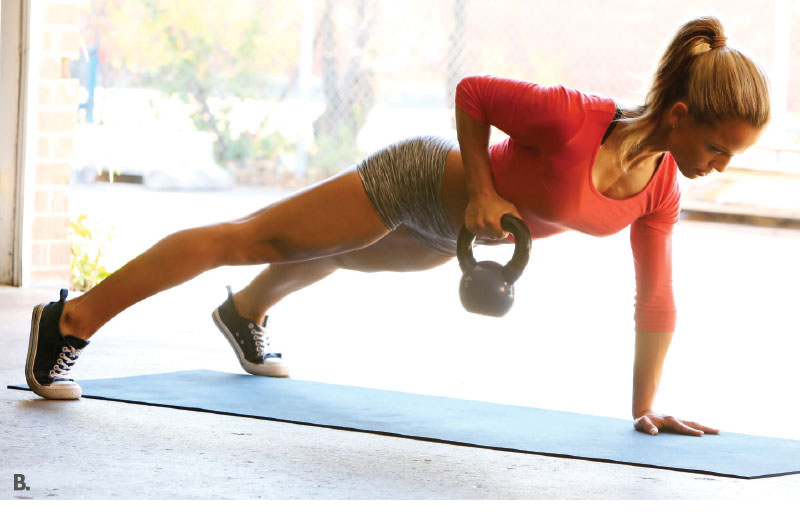 Set Up: Get into high plank position with one palm flat on the floor and the other gripping the handle of a kettlebell. Place your feet wider than shoulder-width apart (A).

Action: Bend your elbow and lift the kettlebell up to your ribcage in a slow, controlled motion (B). Try to maintain a straight line with your body, do not lean to one side. Repeat for all reps, then switch sides.

Get a Total-Body Workout Using ONE Dumbbell