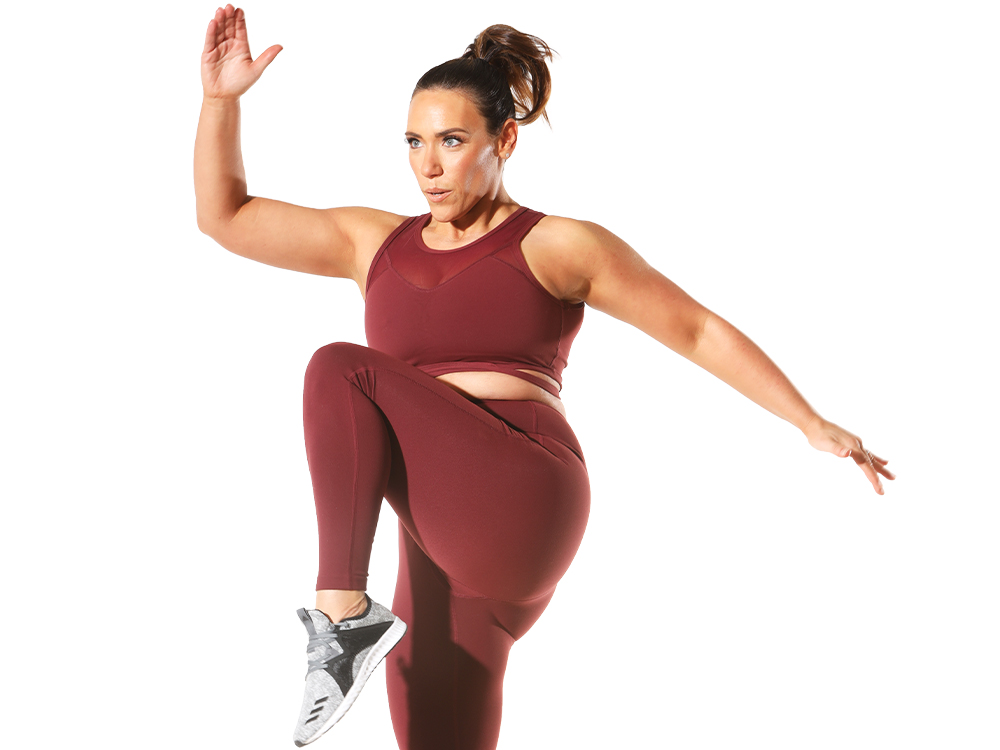 Whether you’re just starting your fitness journey or you’re a seasoned exerciser, endurance work will help you level-up your fitness.

To train both cardiovascular and muscular endurance, an AMRAP training approach has been proven to be a successful strategy. This means as many reps as possible in a given time.

To improve both muscular and cardiovascular endurance using an explosive bodyweight workout. If you’re new to fitness or have an injury, follow the instructions for modifying as necessary. 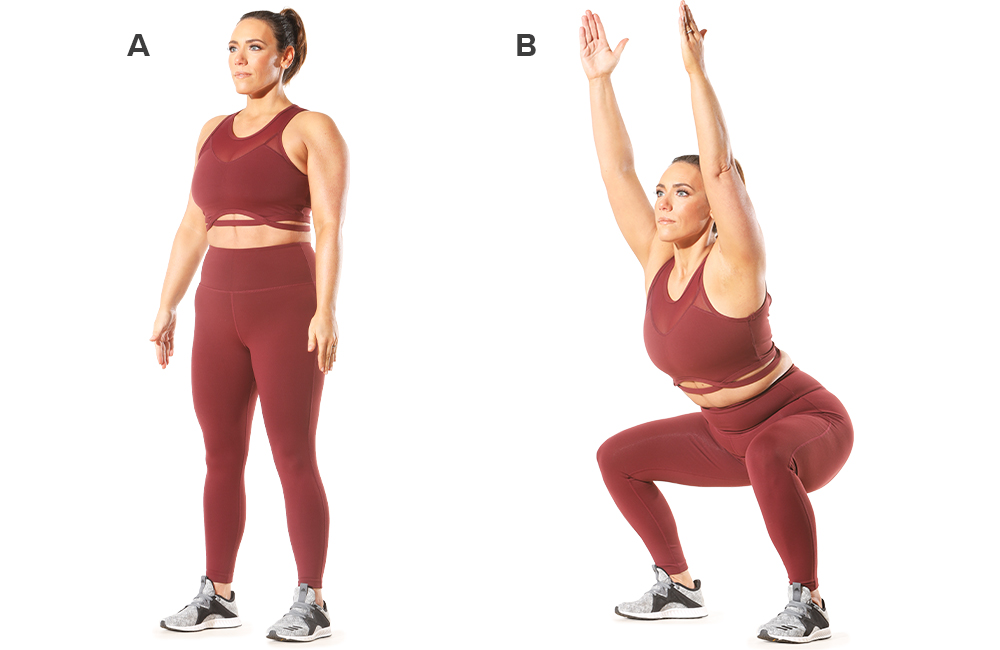 Begin standing with hands in front of you and arms straight (A). As you lower into a squat, raise your hands up overhead, keeping your arms straight, shoulders down, and chest lifted (B). Lower for three seconds, hold at the top for one second, then return to the starting position. Repeat.

If you need to modify, keep your arms straight out in front of you throughout the movement. 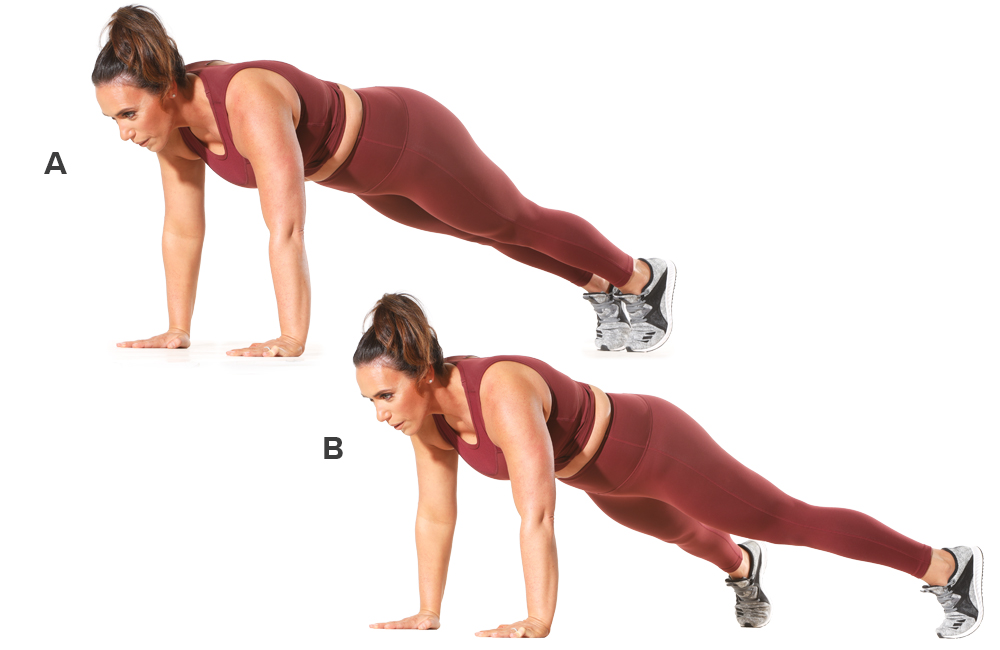 Start in a plank position, with hands directly under shoulders, hips tucked, and core engaged (A). Inhale with feet together and as you exhale, hop your feet wide apart using your glutes (B). Repeat continuously for all reps.

To modify, lose the hop and just step one foot out at a time. 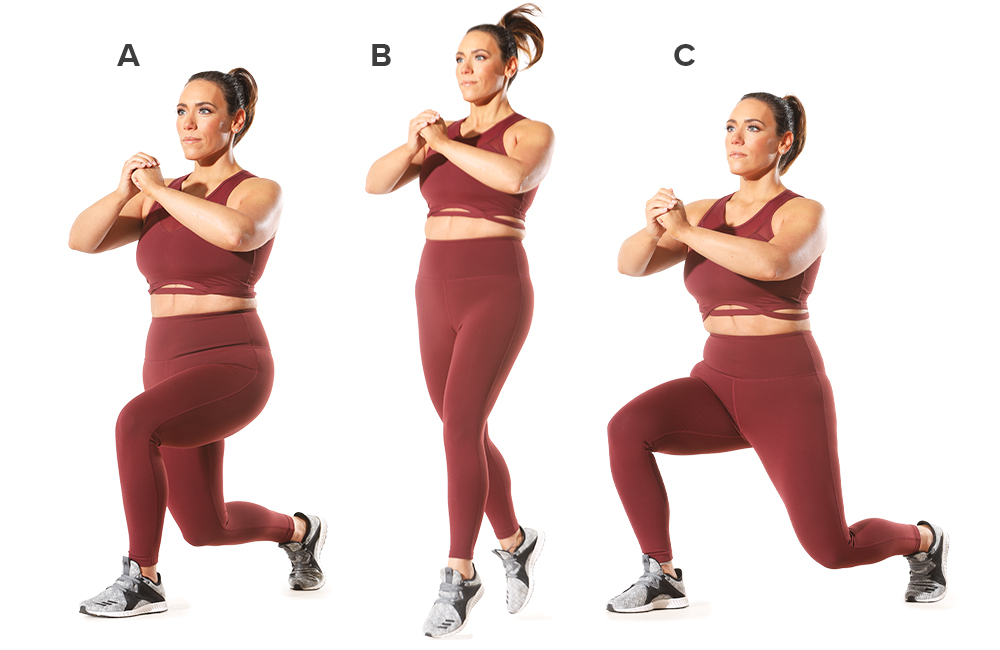 Take a large step back with one leg to begin in a lunge position (A). Take an inhale and as you exhale, explode upward (B), switching legs and landing in a low lunge with the other leg in front (C). Continue alternating for all reps.

To modify, perform alternating reverse lunges without the jump. 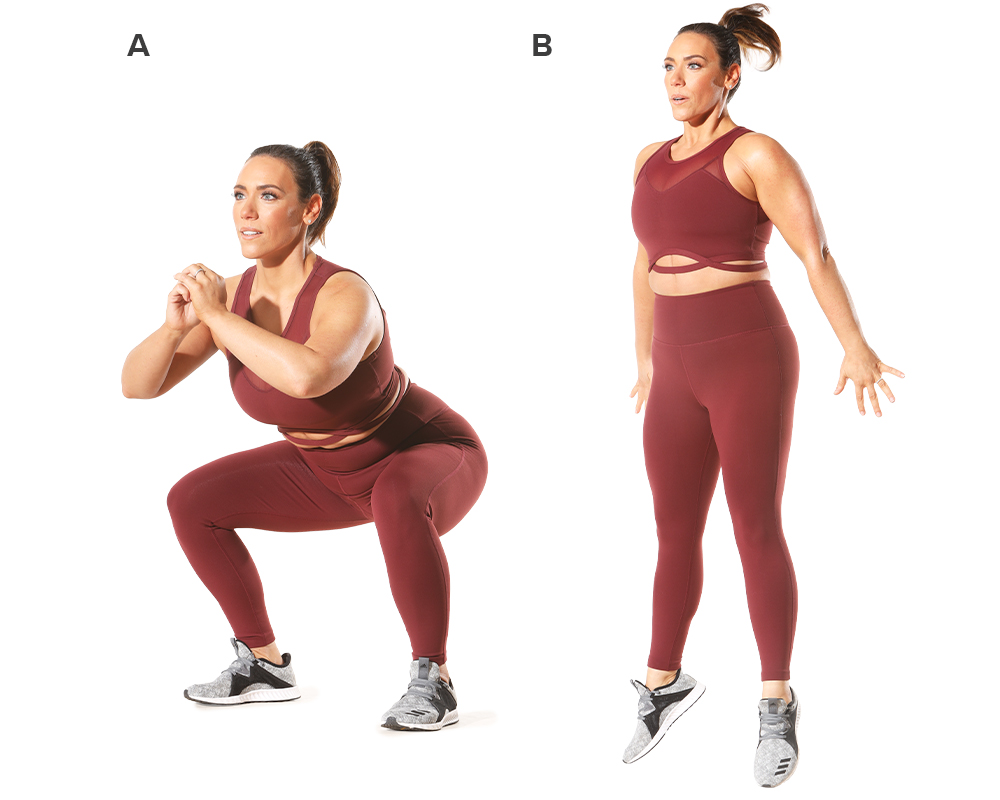 From standing, lower into a squat with control (A). At the bottom of the squat, explode upwards, driving your hands down at your sides (B). Land with soft knees and immediately return to the squat position. Repeat for all reps.

To modify, take out the jump and just perform bodyweight squats. 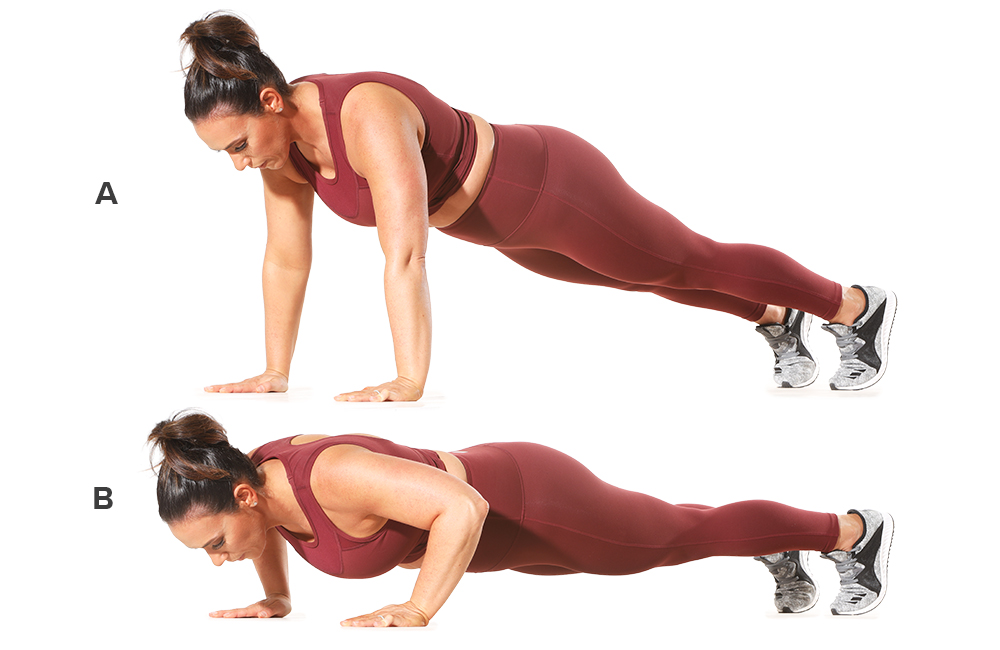 Start in a plank position, with hands directly under shoulders, hips tucked, and core braced (A). Begin with an inhale and lower your torso down evenly without elbows flaring out (B). Exhale as you press up in one flat line to the start position.

To modify, perform negative push-ups. Lower for 8-10 seconds all the way to the ground, then push off the knees to return to start position. 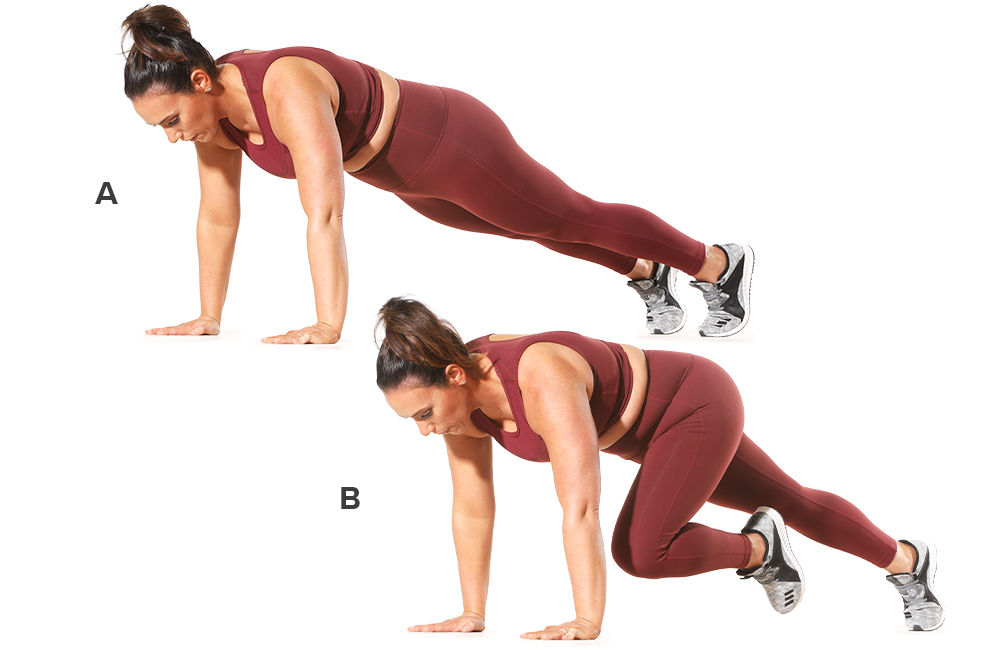 Start in a plank position, with hands directly under shoulders, hips tucked, and core braced (A). Drive one knee towards your chest. Return that leg back to the starting position as you simultaneously drive the opposite knee toward your chest (B). Continue switching legs and begin to pick up the pace until it feels like you're "running" in place in a plank position.

To modify, simply step back to the start position before alternating the knee rather than continuously “running” (which creates more pressure).

Get a Total-Body Workout Using ONE Dumbbell

The Post-Partum Workout to Ease Back into Training

Fire Up Your Metabolism for HOURS with This Workout

New Challenges to Test Your Endurance

Perfect Your Form (and Avoid Injuries) in These 5 Common Exercises