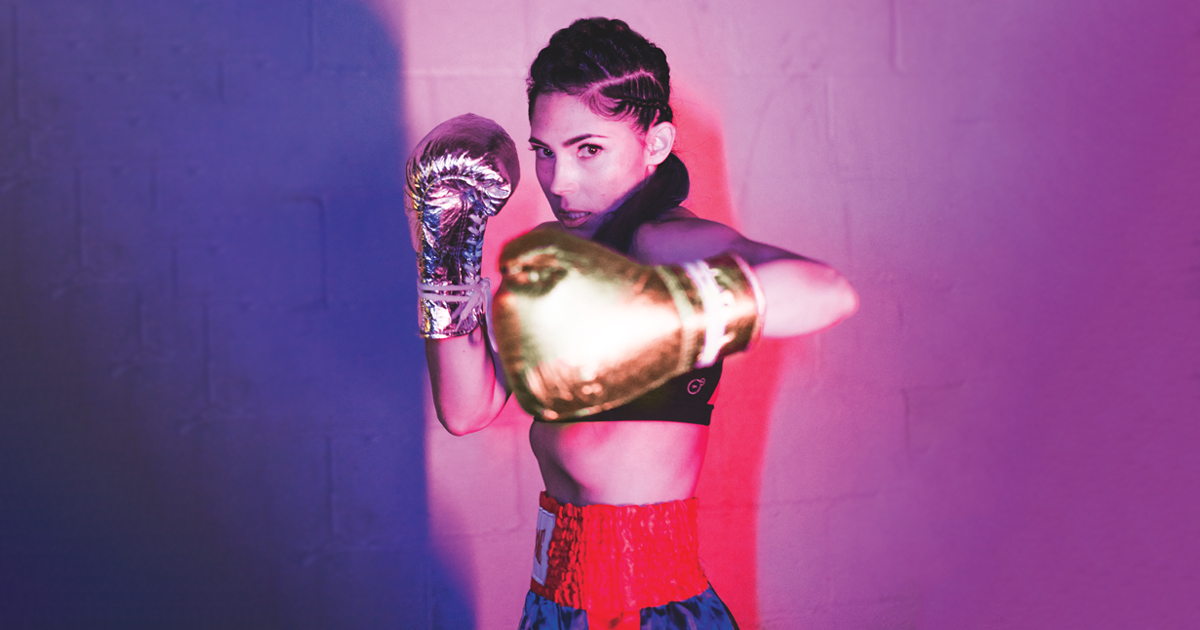 Just one conversation with Kristina, the fast-talking founding partner of lifestyle boxing company Girls Just Wanna Box, and you’ll walk away with a CVS-receipt-long list of topics covered and big future plans. She’s bubbly, charismatic, and seemingly in cahoots with the Energizer Bunny. But hand-in-hand with her ever-moving lifestyle, growing up, Kristina questioned some of her tendencies. Was she fearless, or just wildly impulsive? Why couldn’t she remember her closest friends’ birthdays? Why was she constantly late no matter how hard she tried to be early?

It turns out, the answer came from an unlikely source: Canada’s Drag Race. Like most of us during the height of the pandemic, Kristina was catching up on binge-watching when one of the Queens mentioned not being able to remember lines, something Kristina could relate to, due to ADHD—suddenly a light bulb went off.

“I don’t know what it was—the right time, the right wording,” she says. “But I just started Googling.” Her search quickly turned into a 12-hour diagnosis process that resulted in an answer she never expected at age 43: Combined Type ADHD and Generalized Anxiety Disorder. “I thought that all these quirky things about my personality were just me. That the negative [traits] affecting others were my choice and my fault. But that’s not really the case. It’s just the way my brain works,” says Kristina. “It was sad, exhausting, and relieving at the same time.” 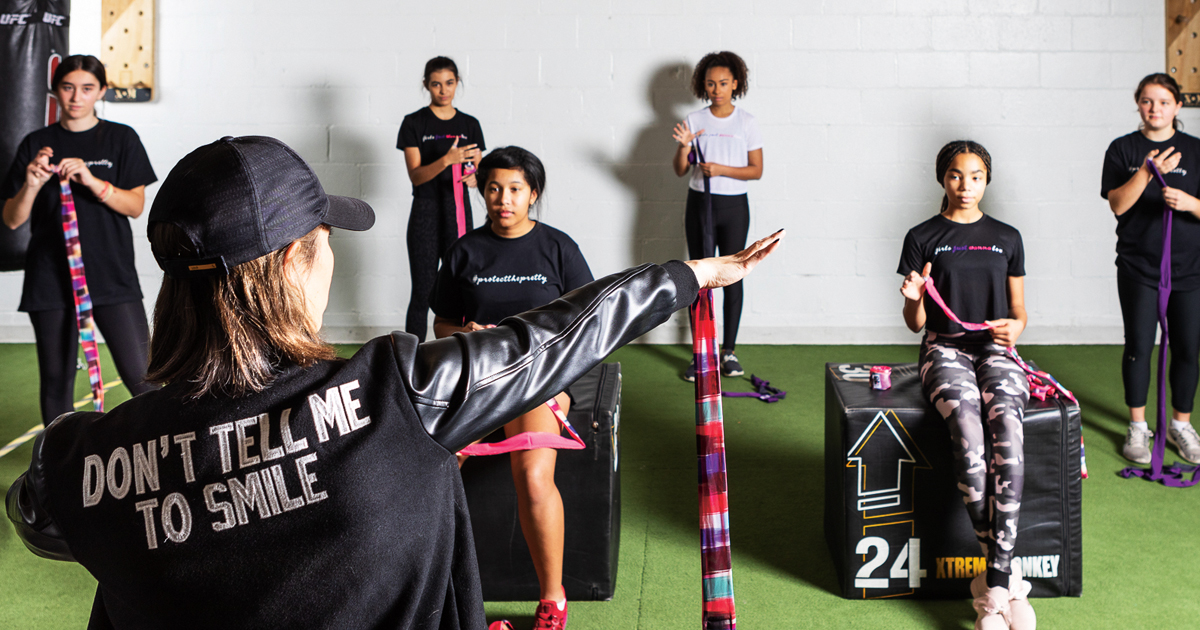 Though the diagnosis felt clinical, through her own research Kristina discovered that many of her best qualities came from her ADHD. Her tendency to hyper-focus, which can take Kristina into deep and intense concentration-mode, has aided her entrepreneurial spirit, and allows her to get projects finished in record time. “It might take me a long time to get to something, but when I’m into it I can sit there for 12 hours, get it done, and it feels like two hours,” she says. “It’s just a whole other zone and state of being. It really is a superpower.”

Though she was unaware of her ADHD, Kristina subconsciously relied on these attributes throughout her life. Her unbelievable amount of energy allowed her to build a resume that was more well versed by the age of 25 than most people at the end of their careers. “To my surprise, ADHD is not a lack of attention,” says Kristina. “It’s an overabundance of attention to too many things.”

“Now all the things that were issues for me, and symptoms that no doctor could figure out, are all attributes or comorbidities of ADHD. It gives me answers to the things no one could explain before.”

Kristina has held titles from a TV host, event producer, and gym owner to associate publisher and entrepreneur—all positions which have key traits well suited for individuals with ADHD: Passion-fueled, high-intensity, hands-on, etc. Kristina has also found herself naturally drawn to the sports recommended to help manage symptoms of those with ADHD. According to medical experts, complex sports that get your heart rate up and keep your mind working are best for increasing motivation for mental tasks. Among two of the suggested sports: Figure skating and boxing.

“I intuitively found these things that would help me along the way,” says Kristina, who grew up on the ice rink and curated her love of boxing into a twenty-year career in the sport. She credits her ADHD as a driving factor in creating Girls Just Wanna Box, a five-level women’s boxing program with in-studio and online classes. Since 2018 with her business partner Helene, the pair have designed and launched a line of boxing equipment specifically for women. “Boxing was my savior from a physical and mental health perspective,” she says. As an NCCP certified boxing coach and fitness expert, Kristina encourages everyone to find their strength in the sport. While coaching or training herself, Kristina finds complete peace with her wraps on in the ring. 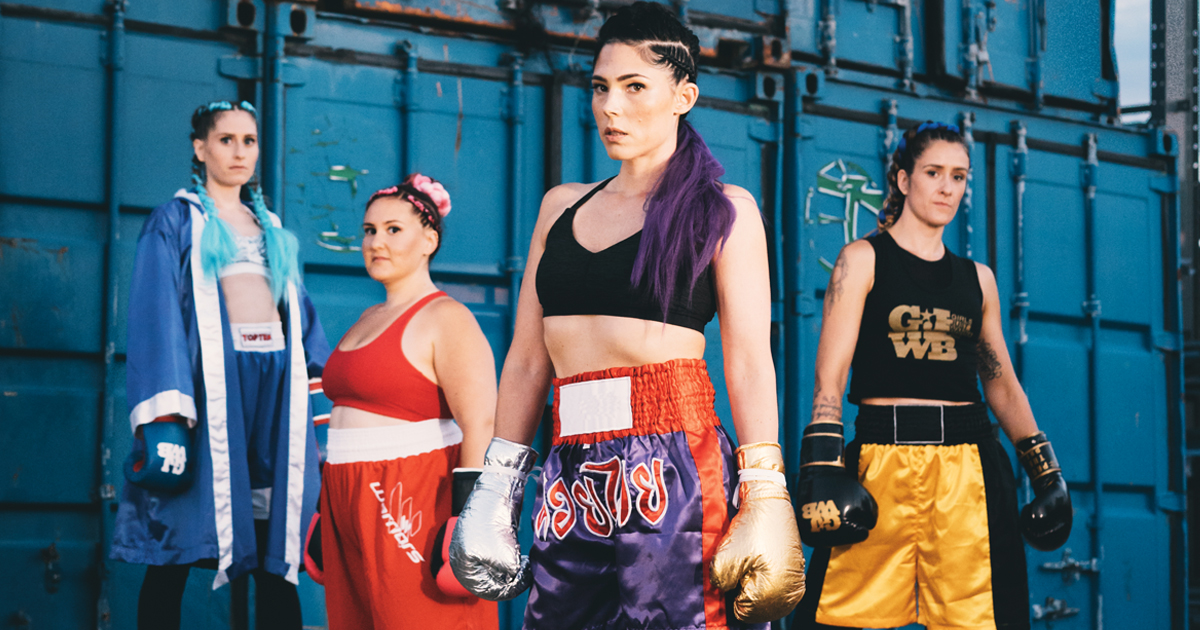 Now at 45, Kristina’s reframing of her faults into superpowers has launched several projects to help other women discover their ownership of diagnosis. She’s elevating the conversation around adult ADHD with her soon-to-launch podcast ADHD Sisters, so other neurodiverse women can find strength in their diagnosis. As a certified Functional Nutritional Counsellor, she also plans to release fitness and nutrition programs to specifically target and improve ADHD symptoms in women and young girls.

If Kristina’s experience resonates with you and you’re considering beginning the diagnosis process, be compassionate with yourself, she advises. “Don’t be afraid; this is the best thing that can happen to you. The kindness and understanding you can give yourself will make all the difference.”